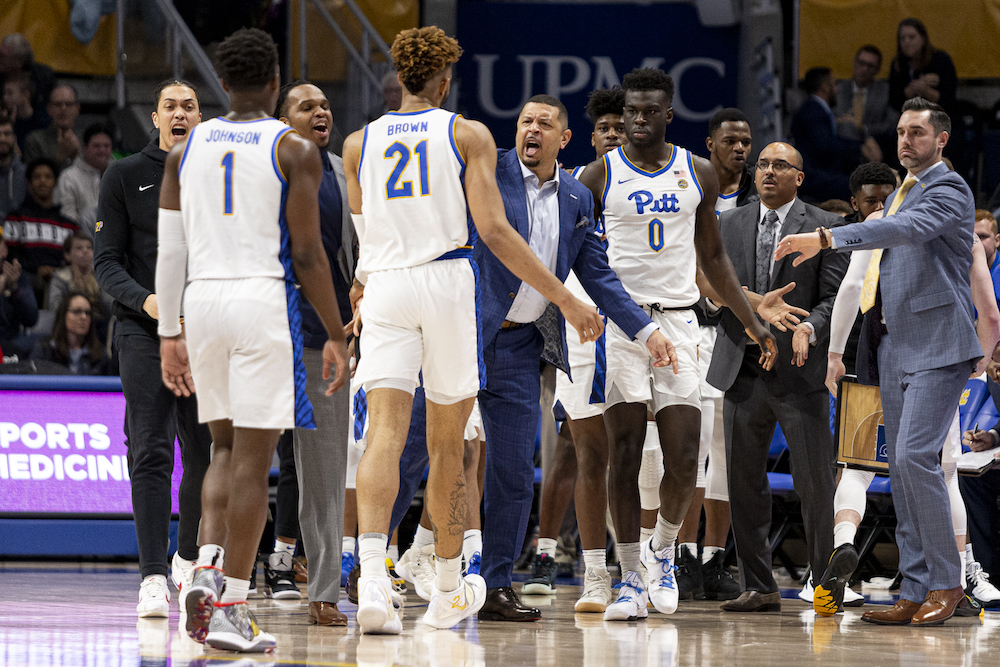 Players from the Pitt men's basketball team Tuesday morning released a joint statement, saying they are committed to following the lead of coach Jeff Capel in seeking equality and justice following the killing of George Floyd in Minneapolis.

The statement is one of several released via Twitter by teams and coaches in the Pitt athletic department.

"We came to the University of Pittsburgh to pursue an education, to become better basketball players and hopefully do well enough to seek a professional career playing the game we love," the statement reads. "The past year has taught us that life can change overnight. The recent and senseless deaths of George Floyd, Ahmaud Arbery and Breonna Taylor make it clear that we have a larger purpose. We have the opportunity to be the voice of our generation and use our platform to be a catalyst of change."

We stand in solidarity. #BlackLivesMatter pic.twitter.com/7kcNsnTxg5

Capel has been an active voice for equality on Twitter, particularly since the Floyd killing. He was quick to support his players.

I love and support my guys 100%! After wonderful conversations, and careful thoughts, these are THEIR words! Our job as adults and leaders is to educate, inspire, challenge, believe, and help them grow as young men! I am proud to be their coach! THEY MATTER! HEAR THEM!
#✊🏽✊🏼✊🏻 pic.twitter.com/4PgdLAJqT1

"I certainly don't have all the answers and I can't imagine what it must feel like to be treated unjustly because of the color of my skin. But I do know that in order to create any real and last change, it's going to take a commitment from all of us to continually stand up against this inequality and injustice," part of Gavin's statement read.

Just after noon, all Pitt athletic teams showed support for the #BlackOutTuesday movement on social media, which is a way of expressing solidarity with Black Lives Matter protests across the country. Pitt football's Twitter account also retweeted posts from every team.

I stand with my players and always have their back! We are committed to make a change and are actively discussing how we will turn our words into actions. We are in this together and I love my team!! #BlackLivesMatter pic.twitter.com/vtozXnTYKC

Pat Narduzzi has not released a statement though he did retweet one by Pitt chancellor Patrick Gallagher on Tuesday afternoon. Assistant head coach/defensive line coach Charlie Partridge took to Twitter about 2 p.m., saying:

Share
Tweet
Email
Kovak: Lots of Pitt tales out there … if you look
How’s this for starters? Matt Murray