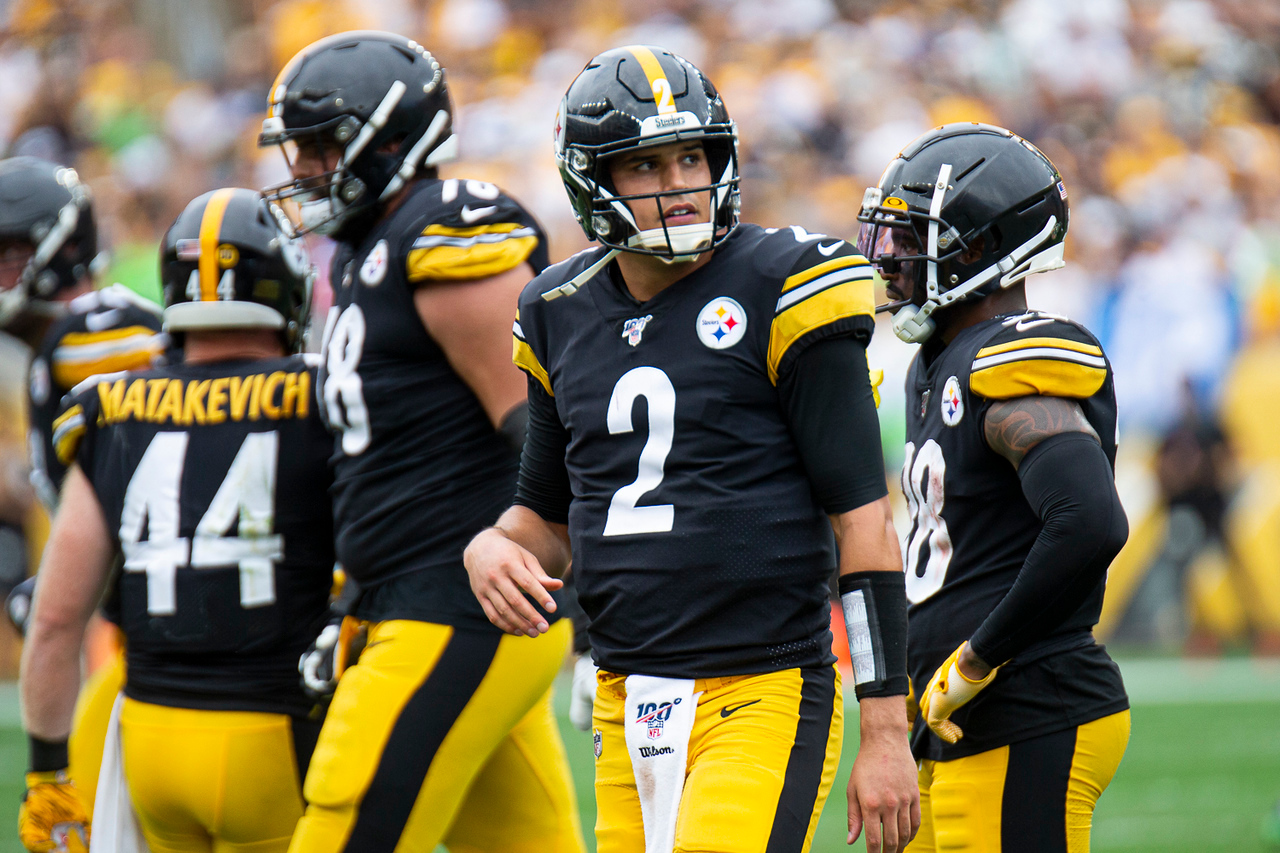 HAGERSTOWN, Md -- There are certainties in life. Death, taxes and injuries throughout an NFL season.

Every season as pundits discuss and debate the outcomes of a 16 game season, injuries are always discussed. Why? Because they always happen.

The 2019 Steelers know all about the injury bug running rampant through their roster, and crippling their chances at a postseason berth. The obvious injury, and most important, was the season-ending elbow injury to Ben Roethlisberger. Roethlisberger's injury in Week 2 vs. the Seahawks put the offense in a downward spiral they would never recover from. Mason Rudolph and Devlin Hodges both tried, but neither succeeded when it mattered most.

But that wasn't the extent of the Steelers' injury woes last season:

These aren't all the injuries sustained last year, but, as you can see, the Steelers lost some key players for an extended period of time on both sides of the football. While every team in the league suffers injuries, not all injuries are created equal. The loss of Roethlisberger, Conner and Smith-Schuster were crippling to the Steelers' offense.

With the general understanding of injuries being inevitable, the team with the best depth typically is able to withstand injuries better than those who have gaping holes on their depth charts. As the 2020 regular season approaches, you have to wonder what side of the docket the Steelers' current roster would fall on.

I have to lean toward depth being a problem.

Any professional sports league with a salary cap understands you can't have it all. You might have an incredible starting roster, but if those players require a substantial amount of the salary cap, finding quality depth isn't always an option.

As you look at the Steelers' roster, depth across the board is lacking. Let's take a look at the key positional depth charts to get a better glimpse on what the team might be missing at key positions.

On the offensive side of the ball, there are positions where you can see there is depth built in, but let's not confuse quality depth with just players on the roster. If the Steelers suffered an injury at offensive tackle, they have the bodies to withstand the injury, but are Okorafor or Banner capable to step in and not miss a beat?

What about tight end? Or quarterback? We all saw how 2019 went down after Roethlisberger played just six quarters in the season.

In other words, while the starters on offense are brimming with potential, they also have a good deal of players with a history of injuries. McDonald, Ebron and Conner just to name a few.

What about the defense?

On the defensive side of the ball, the depth becomes even a bigger concern. Two positions show the glaring lack of depth more than others. Inside linebacker and safety. Imagine if Fitzpatrick or Bush was lost to injury. The Steelers lack of depth at those positions would be putting players on the field who have little to no starting experience in the NFL.

Not an ideal situation.

I am not crazy enough to think every NFL team is loaded with talent on their 90 man offseason rosters, but there certainly are areas where the Steelers have big question marks. Speaking of the offseason roster, there are players who are on the roster, but not listed above. Those would be undrafted free agents, players who received futures contracts and the many XFL additions to the team.

Could there be a Mike Hilton in the bunch who is determined to make the roster?

Never say never, but the odds certainly aren't in their favor. With that said, when you look at the depth on the Steelers' 2020 roster, you realize fans might want to start praying to the football gods to take it easy on them this season, or it could get ugly fast.