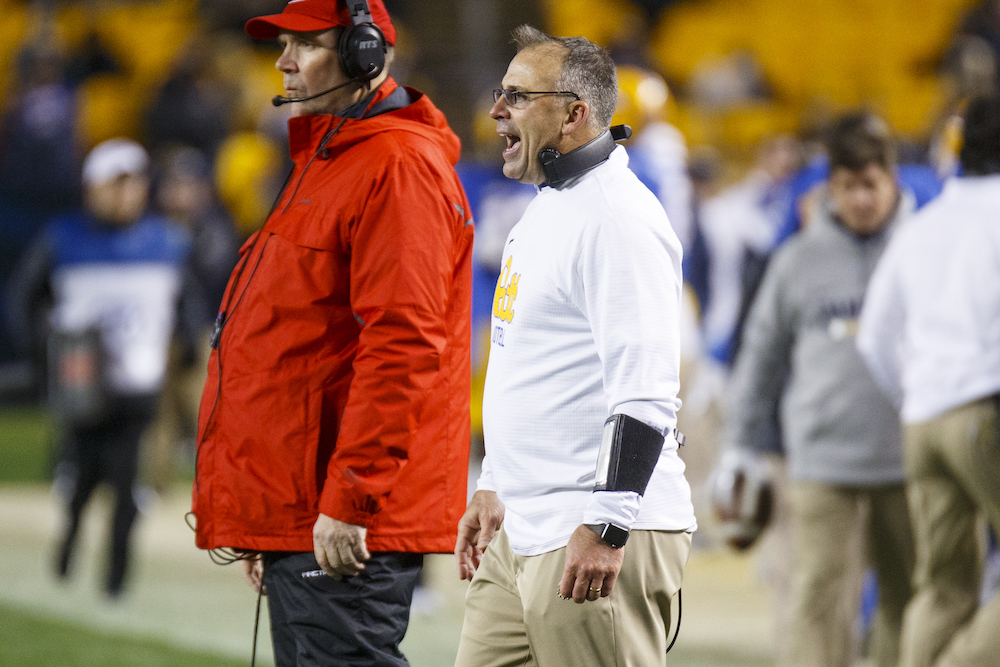 Pitt football coach Pat Narduzzi on Tuesday released a statement via Twitter condemning the killing of George Floyd in Minneapolis.

In his statement, Narduzzi said he prefers staying away from "political or social issues" on social media. But since that post, Narduzzi actively has put his support behind the Black Lives Matter movement.

On Friday, his players collectively joined him with a video Narduzzi released on Twitter.

Powerful Message from our players. Very proud of this team! We’re all in this together. #BlackLivesMatter #Unity pic.twitter.com/Xx4TuoG1wu

Excerpts from their comments, which address racism, sexism and sexual orientation:

Jacques-Louis: "I just wanted to let everybody know, your voice matters."
Morrissey: "I hope that change will follow and follow quickly."
Sibley: "Now more than ever, we need everyone to unite."
Adomitis: "The tragic events of the past week, for many of us, have made it quite challenging to find the right words to say."
Weaver: "Remember all lives will never matter until black lives matter."
Hargrove: "Speak out, go into the community and make a change."
Jones: "I'm tired of seeing people that look like me being killed and mistreated simply because of the way I look."
Hamlin: "When I leave that stadium (Heinz Field), I am another black man fearing that I might get mistreated for the color of my skin."
Tipton: "If we come together and appreciate one another, everything can be OK."