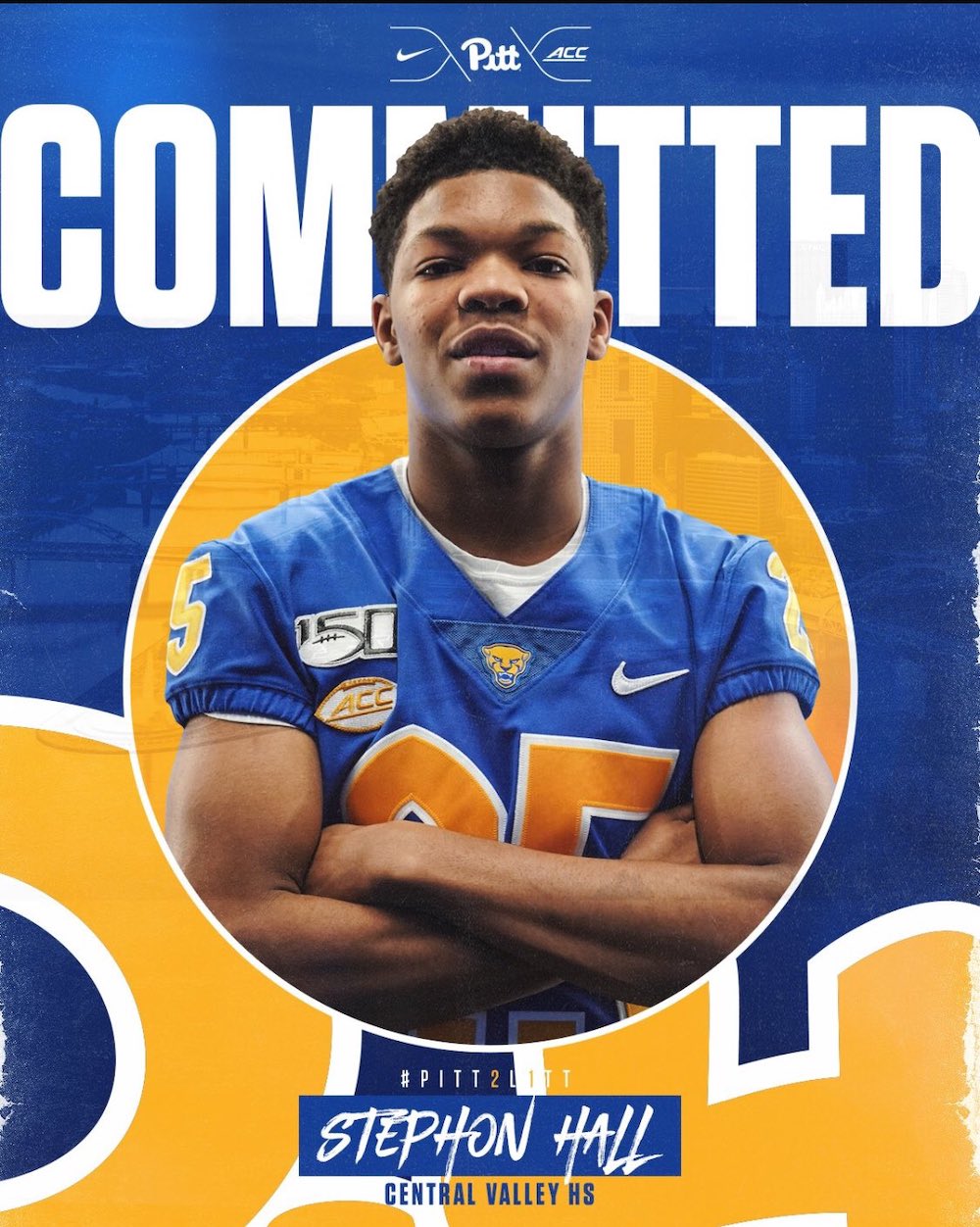 The first player to commit to Pitt football from the Class of 2021 came from the WPIAL, and it created a splash. Highly coveted defensive end Nahki Johnson -- a West MifflinHigh School product -- pledged to the Panthers nearly a year ago.

But the WPIAL pipeline ran dry for Pitt, and its last 13 commitments came from outside of Western Pennsylvania, bringing a distinct southern flavor as players from Virginia, Texas, Georgia and Florida became part of the recruiting class for head coach Pat Narduzzi.

That all changed Friday afternoon when Central Valley High School's Stephon Hall confirmed his commitment to Pitt via Twitter. Hall was one of two players to commit to Pitt on Friday, the second being cornerback Khalil Anderson from Riverwood High School in Atlanta.

"One of his biggest strengths in his play as a safety is he gets up and supports the run game really well, and that's something he'll have to do at the collegiate level," Central Valley head football coach Mark Lyons said. "He's a very complete player at this level, but, and this is probably our fault as coaches, we don't put him in enough man situations. We're a zone team, and he can cover a lot of ground."

"Pitt is getting a confident kid, a quiet but confident kid whose best football is ahead of him," Lyons said. "His ceiling is pretty high, and when he gets to that next level, Pitt will put the necessary muscle, the necessary pounds on him."

Because of his position and high school, Hall likely will draw comparisons to another former Pitt standout.

Jordan Whitehead is entering his third season as a safety with the TampaBay Buccaneers, and the Central Valley graduate also played three seasons with the Panthers.

"(Hall) grew up watching Jordan Whitehead, and I'm sure he's excited to be following in his footsteps," Lyons said.

Anderson is a three-star cornerback and the second player from Georgia in Pitt's recruiting class. He held 16 offers before committing to Pitt, including Duke, Kansas, Kansas State, Michigan State, Syracuse and Wake Forest. According to rivals.com, Anderson is rated as the No. 94 player in Georgia in the Class of 2021.

As a junior, Anderson had 37 tackles, seven interceptions and five pass breakups.

(Rankings by rivals.com, list in order of most recent)