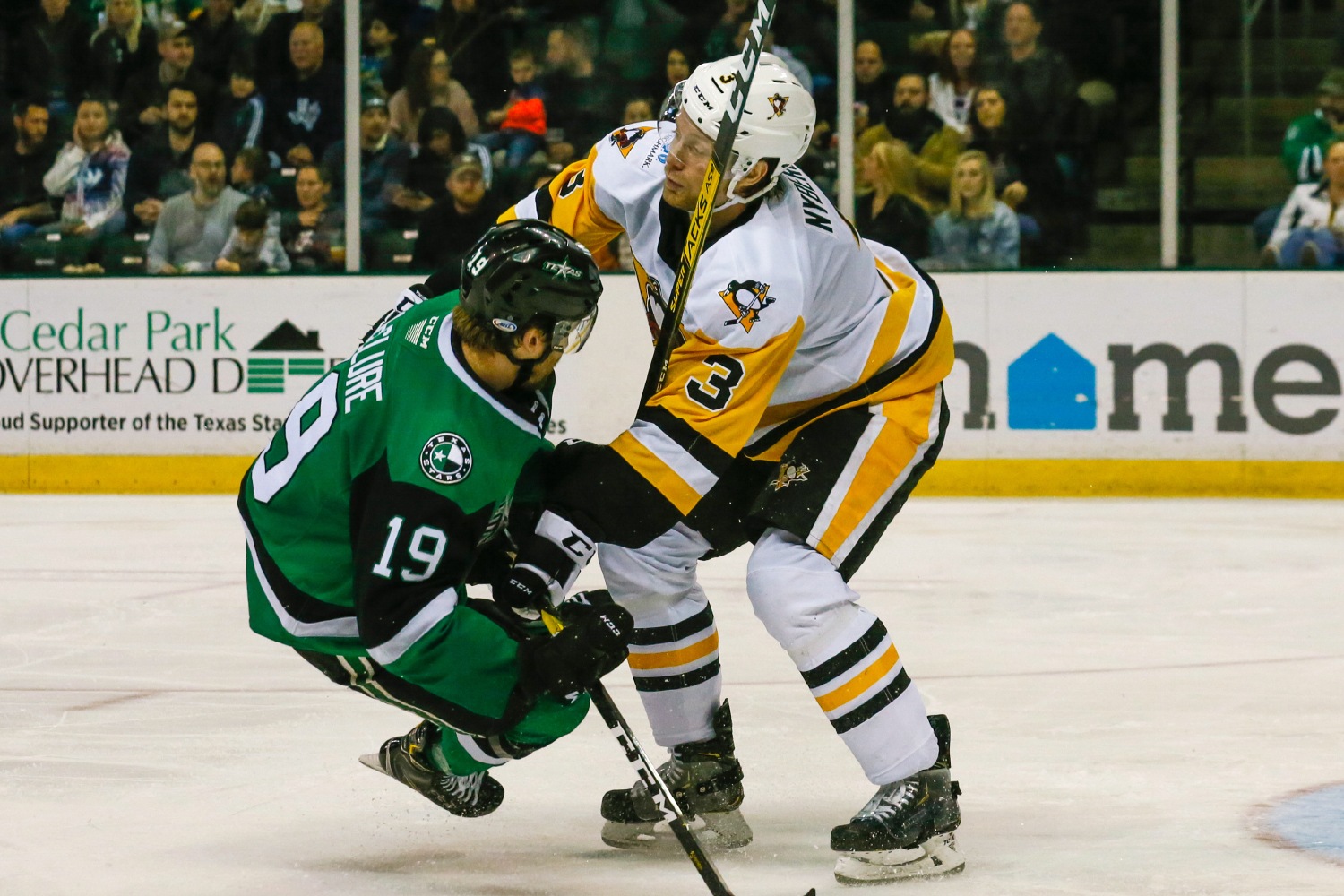 Swedish defenseman John Nyberg, acquired by the Penguins in a midseason trade, signed a two-year contract with Brynas IF of the Swedish Hockey League, Brynas announced on Wednesday.

Nyberg was set to be a restricted free agent for the Penguins this offseason.

Brynas manager Michael Sundlov said in a team release that Nyberg showed interest in returning to Sweden during the 2019-20 season.

"We have been trying to get him here since December when we first heard that he might want to come home to Sweden again," Sundlov said. "Then he was traded over there and remained in the United States. And now after the season when he decided to come home we wanted to see him again."

Nyberg recorded four assists in 16 games for Wilkes-Barre/Scranton this season after being acquired from the Stars in exchange for Finnish forward Oula Palve. Nyberg told me after the trade that he wanted to be traded from Dallas because he was seeing infrequent playing time due to the Stars' defensive depth.

“I was expecting it,” he told me. “I wanted a trade, we had too many D and I didn’t get that ice time that I want to have. I liked being in Texas a lot, but we just had too many D and I needed to move and try something new. … I’m super excited, all the guys have taken real good care of me from the start that I met them.”

Sundlov said that Brynas will give Nyberg a more offensive role than he had in the AHL, and Nyberg is looking forward to the fresh start.

"It was up and down over there," Nyberg said. "Some moments were great and some less good. That is why it will be extremely exciting to have a new start in Brynäs and I believe in this."