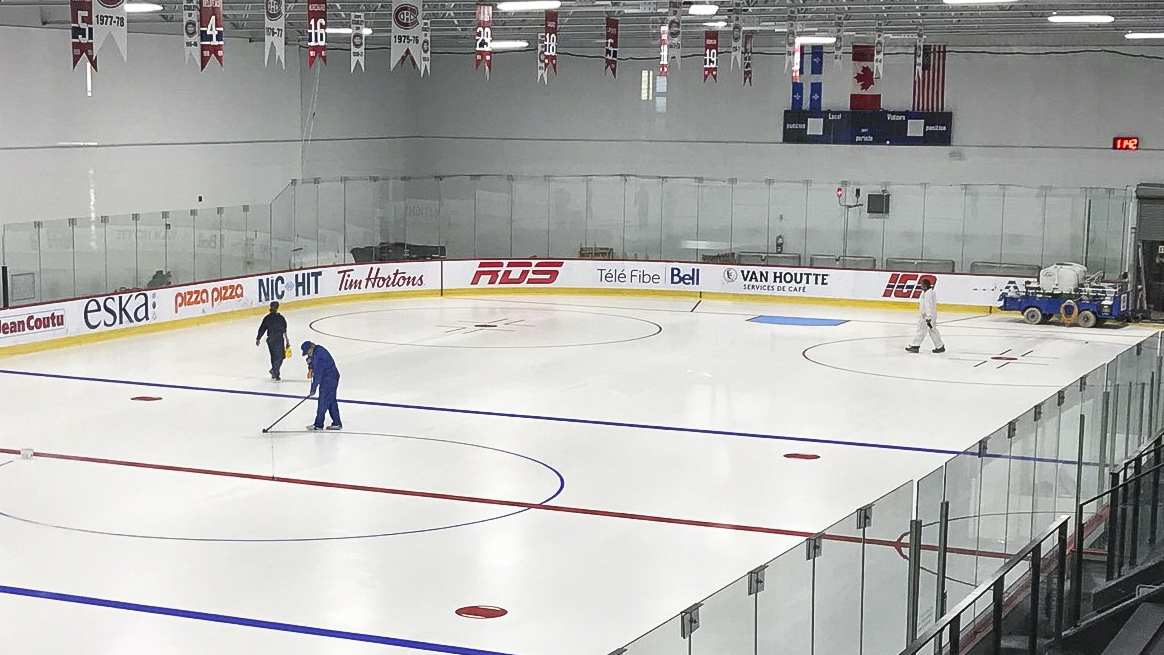 The Canadiens' practice facility in Brossard, Quebec will reopen to Canadiens players for voluntary skates on Monday, according to a report from TVA Sports' Renaud Lavoie.

The rink at the Bell Sports Complex was previously without ice due to maintenance in the facility. The Canadiens announced last week that only two players — Paul Byron and Jonathan Drouin -- have remained in Montreal during the shutdown, with the rest opting to train at home. The team said Friday that if a player wished to resume skating, the ice at the facility would be ready within 72 hours.

On Monday the Canadiens tweeted a picture of the ice being restored to the rink:

The ice crew was busy in Brossard today getting the Bell Sports Complex ready for Phase 2 of the @NHL's Return to Play plan.#GoHabsGo pic.twitter.com/Y567lAf3nN

The Penguins resumed skating at the UPMC Lemieux Sports Complex on Tuesday, with "more than half" of the roster taking part in the first day's sessions.