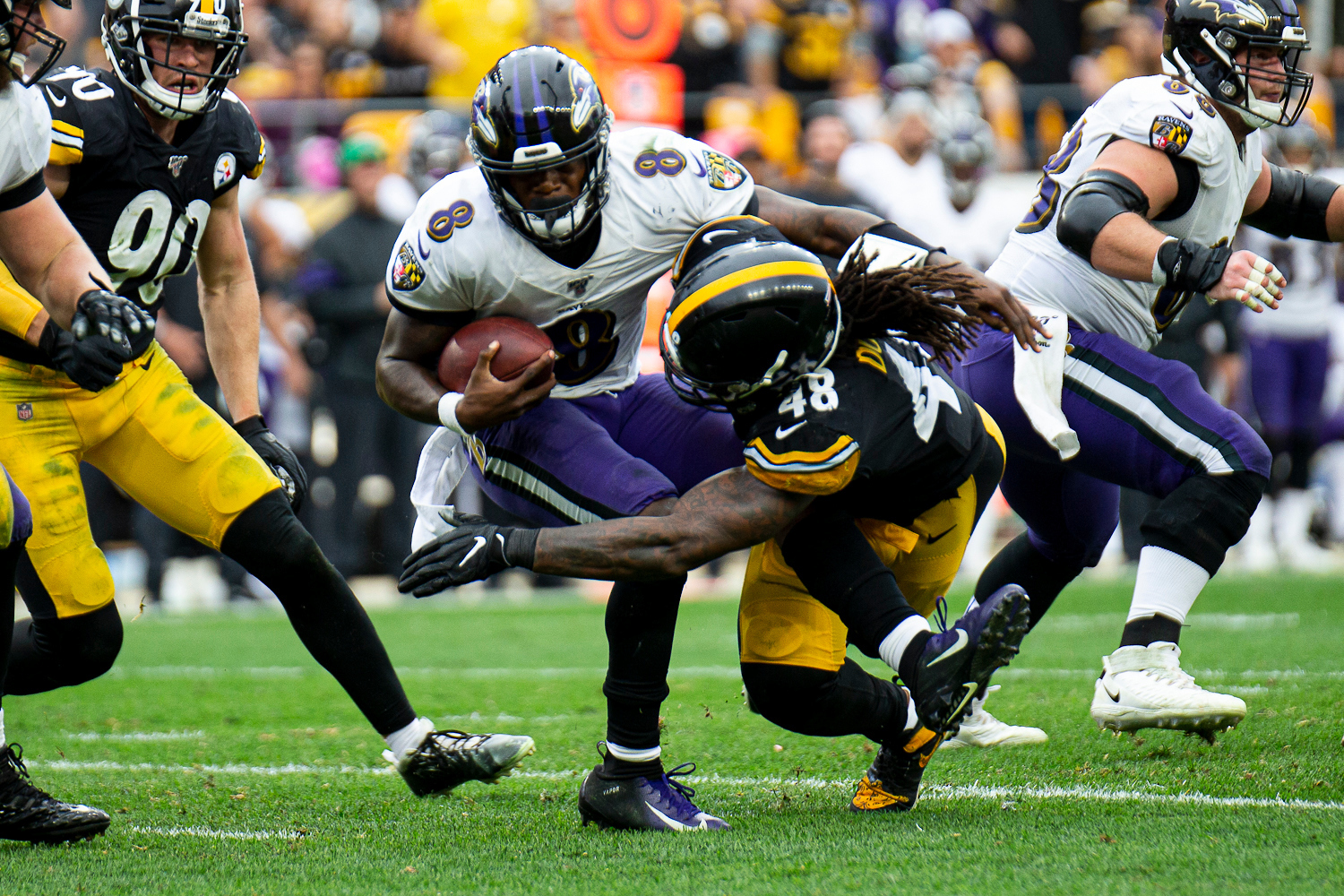 HAGERSTOWN, Md. -- When Steelers fans see division games on the schedule, each team invokes a different emotion. The Bengals and Browns often bring about a chuckle, but the Ravens are a different story. Regardless of location, fans know what will ensue when these two hated rivals collide. Most likely, it is a close game, coming down to the final play to decide the outcome. Time to break down the two meetings between the Steelers and Ravens in the regular season.

Many Steelers fans have been concerned about the team from Baltimore since the NFL Draft. The Ravens were laden with picks, and took some players, like Dobbins, Steelers fans had tabbed to be wearing black-and-gold this season. However, when these two teams square off in 2020, what will it look like?

Lamar Jackson will again be the main cog in the Ravens' offense, but are the Steelers capable of slowing down the incredible ground game of Jackson and Mark Ingram? The Ravens led the NFL in rushing yards per game, averaging an astonishing 206 yards in 2019. What truly is a shock is how the Ravens' offense averaged fewer yards through the air, 201.6, than on the ground last season. However it happened, the Ravens were able to put up points -- an NFL leading 33.2 points per game -- while marching to a 14-2 regular-season record.

Defensively, the Ravens might not have gotten the credit they deserved. When experts talked about elite defenses, they often mentioned the Patriots, Bills, 49ers and even the Steelers, but not always Baltimore. However, the defense ranked in the Top 6 in every defensive category -- rushing yards allowed, passing yards allowed and points per game allowed -- last season.

This Ravens defense added pieces in Wolfe and Campbell, but lost a huge piece on the offensive line with the retirement of Yanda. Steelers fans don't want to hear it, but this Ravens team is going to be good again this season. 14-2 good? That is tough to duplicate, but the Ravens won't go from good to bad overnight.

When I am asked about how I think the Steelers will match up with the Ravens, I can't help but think about the Week 5 matchup in 2019. No Ben Roethlisberger, Mason Rudolph knocked unconscious and the team was a JuJu Smith-Schuster fumble in overtime away from stealing that game at Heinz Field.

In other words, this team is built to compete with the Ravens. Sure, Robert Griffin III and the Ravens backups beat the Steelers in Week 17 last year at M&T Bank Stadium, but that loss, combined with the way the Steelers played in Week 5, has me thinking it will be another usual year of Steelers vs. Ravens.

What exactly is a usual year? It means a series split.

Be sure to check out the other 2020 regular-season breakdowns: