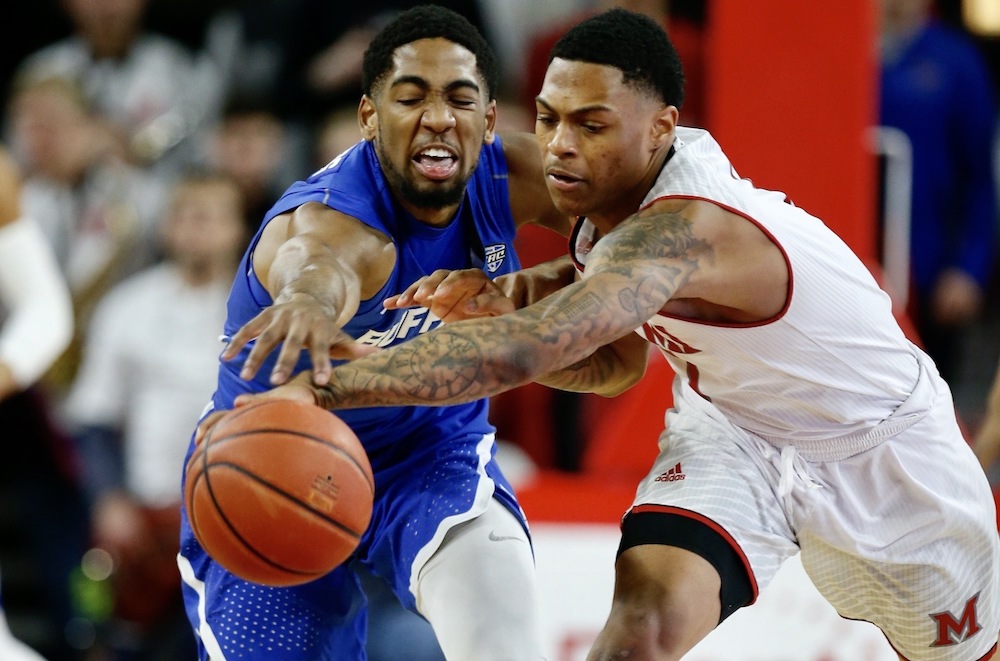 Pitt announced Saturday afternoon that it added Nike Sibande, a 6-foot-4 guard from Miami (Ohio), to the men's basketball roster for the 2020-21 season, but whether or not the highly sought-after guard will be eligible has yet to be determined.

Sibande is not a grad transfer and will need to be granted a waiver in order to play this season, a Pitt spokesperson confirmed.

If granted eligibility, Sibande is expected to be a major addition to the Panthers' backcourt, which returns junior point guard Xavier Johnson and adds Ithiel Horton, a transfer from Delaware who is eligible this season after sitting out 2019-20.

"Nike is an experienced, skilled and productive player who will fit in well with the culture we are building here at Pitt," Capel said in a release. "He is an outstanding athlete who loves to compete and has a scorers' mentality. We look forward to having him in the program and working with him as he continues to develop on and off the court."

His addition comes as a surprise. Major suitors, including Pitt, lined up after Sibande entered the NCAA transfer portal, but he previously released a top five of Alabama, Arkansas, Georgetown, Georgia and Xavier. Pitt, which has filled its scholarship maximum with Sibande's addition, figured to be out of the mix.

MID-MAJOR MONDAY 6’4 Junior G Nike Sibande out Indianapolis tells us he will be making his decision THIS WEEK. He led Miami with 13.9 PPG and 5.9 RPG. Sibande will be choosing between Alabama, Arkansas, Xavier, Georgetown, and Georgia. Full tape on the FV YouTube @sibande_nike pic.twitter.com/FBDypyZDeA

In addition to Johnson and Horton, Pitt returns leading scorer and rebounder Justin Champagnie as well as two-year starter Au'Diese Toney. Plus, the Panthers are bringing in one of the top recruiting classes in the ACC, led by top 100 prospects John Hugley and William Jeffress.

Whether Sibande is granted a waiver or not, his addition is a boon for the Panthers and continues Capel's recruiting momentum.

If eligible, Sibande immediately brings athleticism and depth to the Panthers' backcourt, a place where Pitt has lacked enough able bodies for years. Backcourt depth agains appeared to be an issue in 20202-21 as Johnson, Horton, Gerald Drumgoole and Onyebuchi Ezeakudo are the only guards on the roster with college experience. Drumgoole struggled during his freshman season, and Ezeakudo is a spot contributor. Freshman Femi Odukale also could be in the mix.

With Sibande, potentially game-changing issues like foul trouble or injuries would not be as impactful.

If Sibande is not granted a waiver, his addition would lessen the blow is Johnson ultimately looks to turn professional after the season.

Share
Tweet
Email
Steelers first need to take care of their own
One-on-one: Pitt’s Champagnie on his future