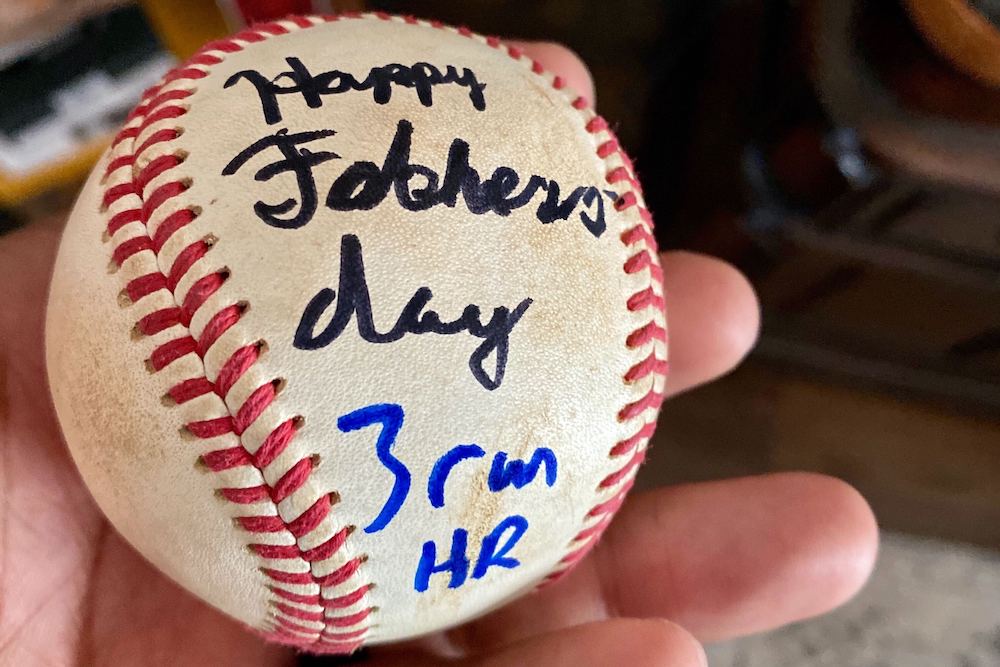 HENDERSONVILLE, Tenn. -- Initially, my column topic was going to be something entirely different, but, before the weekend was over, I was forced to change direction.

No, DK didn't force a change, and it had nothing to do with anything personal. I simply saw some things over the weekend that made me frown and question myself and the reality of what was occurring.

Ladies and gents, those events were: Youth sports.

To be exact: Youth baseball.

Now, I didn't play baseball as a kid. I should have tried it in high school to see if I would like it, but, truth be told, I didn’t want to get hit by a baseball. Plus, when I was younger ... I thought I was too big for the uniforms. That might make you laugh, but it's the truth. There was no way I was going out there wearing white pants and a tiny jersey!

I do admire how players become so consistent at hitting a little, white ball coming in at least 65 mph by the time they are 12 years old. It is America’s pastime, although football is the most popular sport.

I'm finally getting to see my oldest child play again this year. Tennessee moved into Phase 3 of reopening from the coronavirus shutdown. In that phase, baseball and softball are allowed to resume. Everyone at the parks practice social distancing as much as possible, and everyone is enjoying seeing their kids have fun.

Father’s Day just passed and, if I can brag a bit, my son R.J. hit two home runs over the weekend. One of the coolest gifts I have ever gotten was him handing me one of his home run balls. He later signed it, and I'll put it on display for us to enjoy. (It's at the top of this column, too.)

Full confession: I'm not the greatest baseball-park dad. The days are long. It usually is super hot, and, if they are losing, it's even more miserable. But I suppress it and fully support him. If he strikes out or makes an error, I usually yell, “Stay cool, kiddo!” because I have learned through talks that baseball is a game of failure. How many sports can you make a Hall of Fame by being successful about 30 percent of the time?

Now, I know there’s a lot of other things that go into making it to Cooperstown, but imagine if I only blocked well 30 percent of the time. Ben Roethlisberger would not be happy. My teammates would have called me trash, to put it nicely, and anyone with that type of efficiency would quickly be cut. But I'll say it again: I’ve learned baseball is a game of failure and the pursuit of minimizing how much failure you can allow.

Over the weekend, my county hosted the state tournament for youth travel baseball. A lot of people were at the parks. Dads were in full force because they either played the game as a kid, want to see their kids do well or they were just glad we were no longer quarantined.

These dads also are the reason why I changed my column topic, this after seeing seeing some of them berate their sons after a bad play.

I'm a firm believer in not telling a person how to raise their kids, and maybe they saw something I didn’t. I watched one fence dad walk up to the dugout after his kid hit a pop fly and ask, “What were you thinking?" It was a routine play, and the kid was out. Nothing more he could have done. I call them “fence dads” because, no matter what the coaches tell the kids to do, the dad will walk over to offer his opinion. You can tell the kid doesn't know where to focus his attention. Everyone under our tent could see the hurt in this kid’s face, and yet his father couldn’t.

One of the moms said she wanted to give the kid a hug.

Kids shouldn’t feel pressure from their parents during a game. At 11 years old, there are no college scholarships being offered or scouts at the game.

As my former linemate David DeCastro said when I shared this with him, “Parents got to chill out. Especially at that age. Kids haven’t even hit puberty yet."

The reason I bring Dave's name into the conversation is that he didn’t play football until ninth grade. It's safe to say he turned out just fine, a possible Hall of Fame player. There is no rush to have your kid feeling like the world is going to crash if they don’t perform to your standards. I’m not saying don't demand the best from your kid, but to embarrass them while the game is going on says a lot more about the person than the kid's performance.

I tell my boys, “If we do something, we will do it right and give 100 percent.” Other than encouragement and making sure they are mentally tough, that's it.

Like I said before, I will never tell a person how to raise their kids. What you’re doing might work better than my techniques, but berating your kid in front of his teammates when you’re not a coach is disgusting behavior, and nobody else at the ballpark appreciates it. Let kids be kids until it is time to raise the stakes.

Telling an 11-year-old he is bringing the team down isn’t the way to go.

Maurkice Pouncey started playing tackle football at age 5. DeCastro, again, didn’t play until ninth grade. Alejandro Villanueva did multiple tours with the U.S. Army before he became a professional player. Matt Feiler went to Bloomsburg University, and I bet not many outside of Pennsylvania can tell me where that is located. Heck, I didn’t play tackle football until seventh grade.

There is no true method to becoming a big-time player. Some kids advance more quickly than others, then fizzle off. On the other side, some get better over time.

Baseball isn’t my first love, but I'm learning to enjoy the game as much as possible. I also learned what not to do during a youth game. Appreciate your kids. See them grow the right way, and let the game teach all of us lessons. Whether they win, lose or draw, chances are they just want to get back to playing Fortnite when they get home.