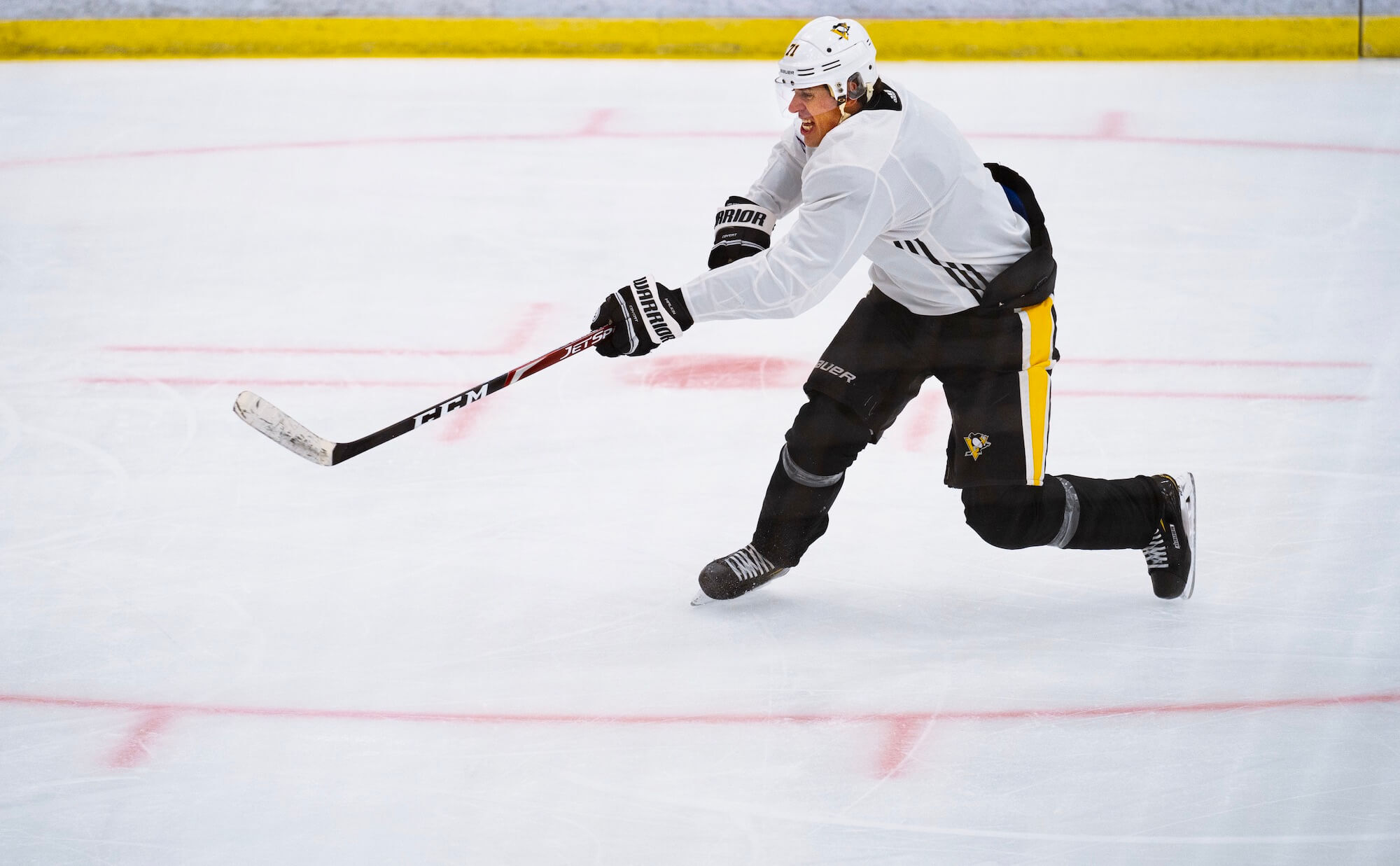 Tuesday marked two weeks since the Penguins reopened the UPMC Lemieux Sports Complex in Cranberry to players for small, voluntary workouts as part of Phase 2 of the NHL's return-to-play plan.

This week, I caught up with the team's skills development coach, Ty Hennes, who has been leading the sessions, to learn more about what the Penguins players are doing in Phase 2.

Players are divided into groups of six, and the groups don't change day-to-day. Hennes leads the group with Sidney Crosby, Jake Guentzel, Conor Sheary, John Marino, Brian Dumoulin and Casey DeSmith, and goaltending coach Mike Buckley leads the group with Evgeni Malkin, Bryan Rust, Jared McCann, Kris Letang, Jack Johnson and Matt Murray. Other groups, which include players on the NHL roster and some Wilkes-Barre/Scranton players on the expanded roster, are led by Penguins Elite coaching staff from the Lemieux Complex. 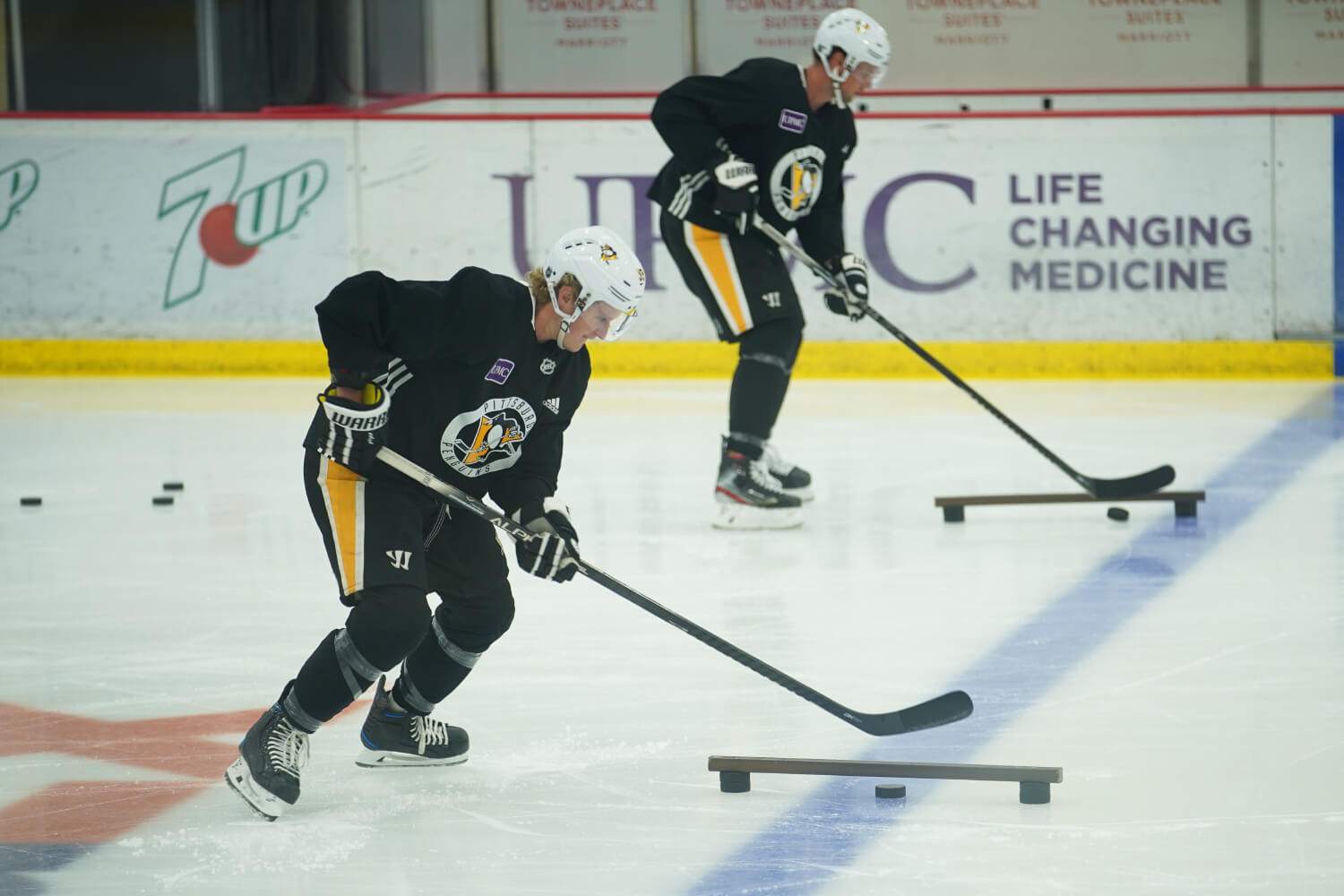 While Hennes is only able to work with his own group on the ice, he designs the practices for each group, then speaks with players from the other groups that evening to learn more about the individual needs of different players. Hennes may then send videos of specific skills drills to players based on those needs, and they can work on them during their own sessions.

Each group is able to skate at a different time each day without coming into contact with each other. They arrive to the rink through their own designated entrances and go through the same process before getting to work.

"Each group arrives at a certain time each day and they're the only group of six," Hennes said. "We all arrive together and get checked in. We get our temperatures checked, we fill out a symptoms sheet, then we go in through our process." 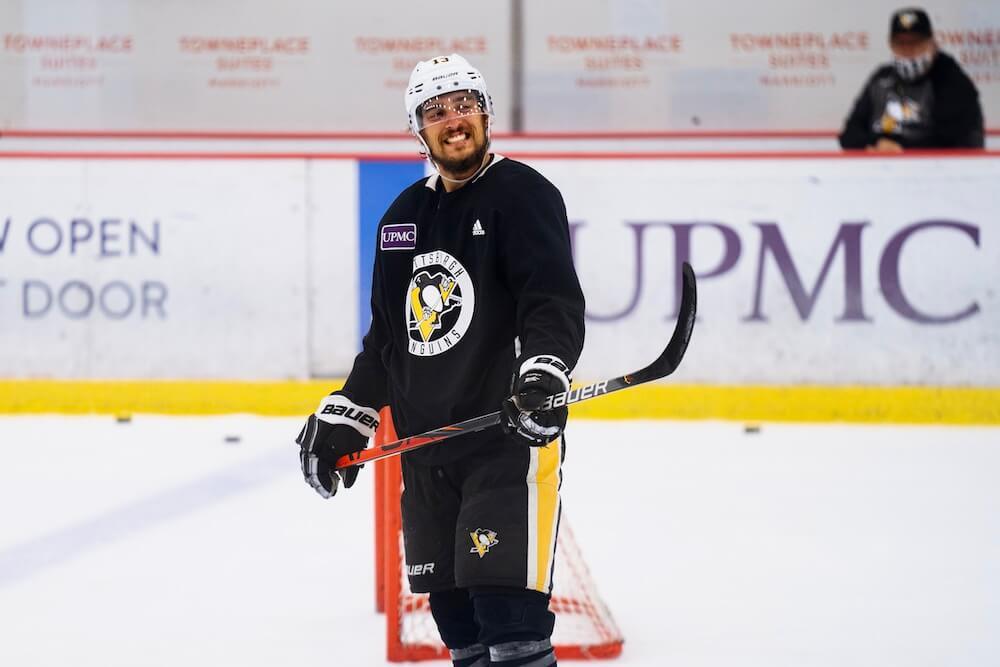 The actual work differs each day. Sometimes a group will start in the weight room, other times groups will hit the ice first thing. The sessions are very structured time-wise, with players able to spend 60 minutes in the gym, and 60 minutes on the ice. After the on-ice and off-ice sessions are over, the players and staff have to leave the building fairly quickly so the area can be prepared for the next group.

"The UPMC staff at the rink has done a tremendous job of keeping the rink clean," Hennes said. "Once one group leaves, areas where the previous group was at gets disinfected. The rink, the ice, the benches, the weight room, the training room, changing rooms, all get disinfected. Then the next group rolls in through their own designated entrance and go through the same protocol."

While the procedures for before and after practices are a little unusual, Hennes said that it's "business as usual" during the sessions, albeit with some modifications. Players still must practice some level of social distancing during Phase 2, which makes drills with players going head-to-head still impossible, and they aren't able to simulate the "read and react" situations they would typically work on in in-season skills practices.

The on-ice sessions instead have players working in their own individual "stations" spread out across the ice. The work done in the stations involves a lot of stickhandling and skating drills, which isn't unlike the lead-up to any other training camp.

"We're viewing this five-week window of Phase 2 similar to the first five weeks of when the athletes would perform in their summer training," Hennes said. "The focus isn't on contact, the focus isn't on Xs and Os and tactical situations; it's more about returning the players to becoming athletes on skates. They've been off for such an extended period of time since the shutdown, probably the longest that any of these athletes have been off skates barring any injury they may have gone through. Just getting back to being athletes on skates, handling the puck, getting back to edge work, inside edges, outside edges, shooting the puck, shooting the puck in stride."

By the time training camp opens July 10, exactly four months will have passed since the Penguins' final regular-season game, March 10, in Newark, N.J. Training camps will last just two weeks, and there will only be one exhibition game before the qualifying round starts. Hennes is using these skills practices to not only get players re-acclimated to the ice, but to prepare for what may be some rough first few games.

"We're doing a lot of things with hand-eye coordination and using our feet to pick up pucks," Hennes explained. "Hockey may not be the most elegant and pretty when it returns to play. A lot of pucks may be in the air, bouncing, rolling in their feet. We're trying to get the players' skill sets ready to handle whatever the game throws at them, that's our focus."

With the rest of the Penguins' coaching staff unable to participate in the Phase 2 skates and work with the players in person, the video meetings away from the rink have become an important part of the process of preparing for the playoffs. The coaching staff meets on their own on a video call about three times a week, and then every Friday, the coaching staff meets with players. Players are broken into small groups, like a group of defensemen or a group of power play personnel, and game film from the season is reviewed and discussed.

Hennes said that since the beginning of the shutdown, the message from Mike Sullivan has been "We have to take this opportunity to outlearn our competition."

They'll have five more weeks to do that before the season reopens on July 30.