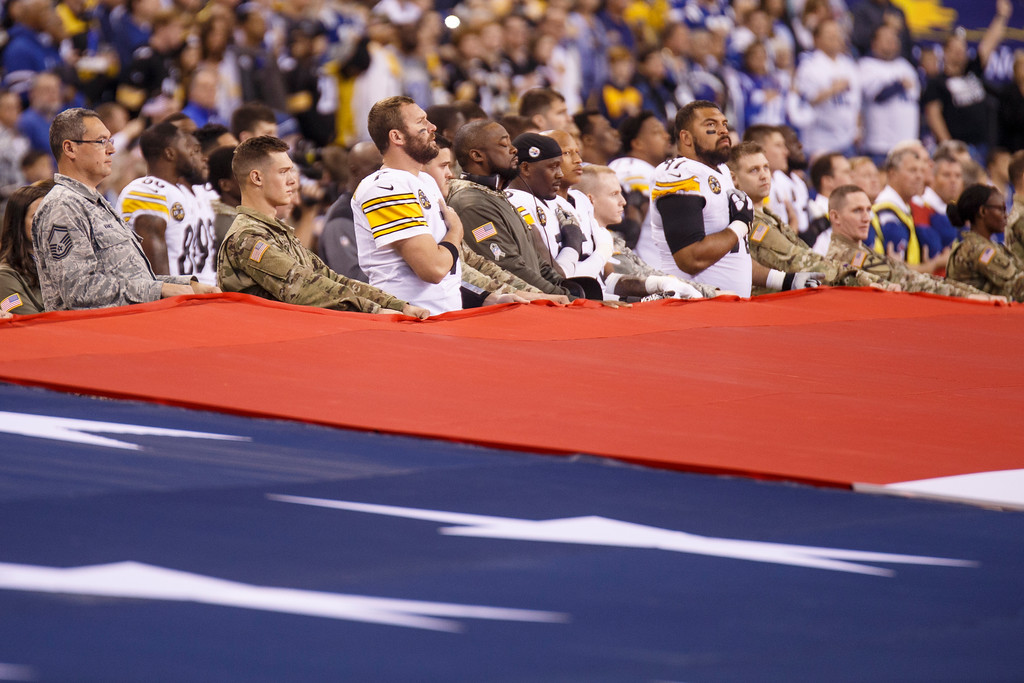 It's already started on social media. When Mike Tomlin announced Tuesday he and the organization would support the players in whatever it is they decide to do, some people immediately stated they wouldn't watch if the Steelers did something -- regardless what it might be.

"We spend a lot of group time talking about the ongoing issues, talking about the platform that they have and how to best utilize it, how to do so thoughtfully," Tomlin told us on a Zoom call with reporters. "Our position is simple: We are going to support our players and their willingness to partake in this, whether it is statements or actions. You guys know my feelings, I have stated them in the past. Statements are good, but impact is better. Particularly long-term impact. All that we ask is whatever it is that they say and do, they do so thoughtfully, and they do with class."

Tomlin is in a particularly tough situation. He's the longest-tenured Black head coach in the NFL and one of just four minority coaches overall. He supports issues on equality. Always has. But he also doesn't make it the centerpiece of everything he does. In fact, when the Steelers stayed in the tunnel as a team in 2017 in Chicago, with the team getting separated from Alejandro Villanueva, who was the only player visible while the anthem played that day, Tomlin and his coaching staff were at midfield, hats in hands.

That doesn't mean he doesn't care about the issues of minorities. He's the father to three children. He most certainly wants a better life for them. But he's also essentially the CEO of the Steelers. And he sees a difference in this situation, where the dialogue has taken place in the offseason, as opposed to what happened in 2017, when everything was coming to a head a few weeks into a season.

The Steelers never had a single player kneel during the anthem. They attempted to make a statement as a team -- by staying out of the spotlight and refusing to be used as a pawn -- and it backfired on them because the team was separated from Villanueva by a Play-60 flag crew coming off the field.

This time is different. They've had time to have frank discussions.

"A lot of the things that occurred in 2017 transpired in the midst of our journey that is our season," Tomlin said. "Our focus is different. The amount of time that you have to give to non-football things is different. The timeliness of this from an offseason perspective allowed us to really unearth some discussions and take our time and not be concerned about time as a factor as it related to those discussions, so it made it very different."

In a no-win situation, they might as well stand up for what's right and let the chips fall where they may.

• Honestly, if I were running the NFL -- and thank goodness I'm not -- I'd do one of two things: I'd either tell teams to stay in the locker room during the anthem if there are fans in the stadium to hear it. Or, I'd just not play it at all.

Players used to stay in the locker room during the anthem in the pre-911 days. In fact, it was mandated at the time. It wasn't until after 911 happened that the NFL told players to be on the field for the anthem.

Prior to World War II, the anthem wasn't played at every sporting event -- only the special ones. The World Series. The Olympics.

I get it. I'm as patriotic as anyone. But do we really need to play the anthem at every sporting event from pee wee football games to the NFL? How many times has a mockery been made of the song because it's heard so often?

Who can forget Rosanne Barr's rendition? Or Carl Lewis? Or fans in the Baltimore area saying "Os" in unison and not referring to the song but the baseball team? Or fans in Kansas City saying in unison, "Chiefs," instead of home of the brave at the end of the song? Or countless other singers bastardizing the song trying to show off their range, making it all about them than about the song itself and what it's supposed to represent?

Let's not pretend the anthem is some kind of sacred song that is treated as such in every venue. Look around the stands the next time it's played and tell me everyone is standing at attention.

It's been played so often in this country that it's taken for granted. It's been made not special because we have played it so often.

The coolest moments I recall from my youth are watching the Olympics and hearing the anthem played and seeing the tears in the eyes of the athletes as they stand atop the podium.

But by playing the anthem every time somebody rolls a ball out onto the field, we've cheapened its impact.

• Tomlin announced who will "take the first snap" at left guard and nose tackle for his team when it opens training camp.

It will be Matt Feiler at left guard and Tyson Alualu at nose tackle.

That doesn't mean, however, that will be how things will stay. This is essentially what the Steelers do every year. The guys with the most experience at certain spots almost always line up with the first team for the first snaps.

And then, as things progress, new players -- whether they be free agents or draft picks -- are worked into the equation. The only time that doesn't happen is when there isn't a veteran on the roster who is more experienced than what they have.

This year, given the lack of offseason work on the field, that was the only way the team could go -- at least to start.

• Note to the national -- and some Pittsburgh -- media. The Steelers aren't going to sign Colin Kaepernick as some kind of social statement.

They're in the business of winning football games. Signing a backup quarterback who hasn't played in three years and whose style of play is nothing like that of your starter would be folly.

The Steelers have said time and again they're comfortable with Mason Rudolph as their backup to Ben Roethlisberger. They've said it enough that you'd think people would finally believe them.

• If there is an All-Pro player from 2019 being overlooked more than Diontae Johnson, I surely don't know who it is.

I did a radio hit on Wednesday with a station in Denver and they asked me who was going to be the Steelers' No. 2 receiver behind JuJu Smith-Schuster.

Even the NFL is putting out graphics on second-year receivers and which one is going to be the breakout star of 2020 and not including Johnson.

Yet he's not mentioned as a potential breakout star and many don't even know he might not be the Steelers' No. 2 receiver. He just might be their top guy.

How low? Over the past 20 years, just 4 percent of teams who scored seven or fewer touchdowns in a season have finished at .500 or better.

Only one of those teams used two quarterbacks who made their first career start in that season.

That predictability is what the team must get away from this season. That's why it's so important for James Conner to stay healthy. It's also the reason why Anthony McFarland was selected in the draft.

Tells like the Steelers had in 2019 make it impossible to run an offense. But given the skillsets of both of those backs, they really didn't have much of a choice.

That's why they're not all that concerned with replacing Javon Hargrave at nose tackle. Alualu can play that spot for 20 snaps per game. If not, Chris Wormsley can handle it.

It's just not an important position in today's NFL like it was 20 years ago, when the Steelers played their base more than 50 percent of the time.

• The Steelers are paying their running backs $3.75 million this season, the lowest amount in the league. That doesn't include McFarland, who still has yet to sign a rookie deal, but that isn't going to change things considerably.

They're paying their receivers $8.29 million as a group. Again, that doesn't include second-round pick Chase Claypool, but he won't make a huge impact in that number, which ranks last in the NFL.

Because those salaries are so low, the Steelers are spending $91.56 million on their offense this year, which is 25th in the NFL. The defense? It's making $107.99 million, which is fifth in the league.

You get what you pay for.

• Those last numbers are why the fact they went 8-8 without Roethlisberger was so impressive. And it shows just how good that defense really is.