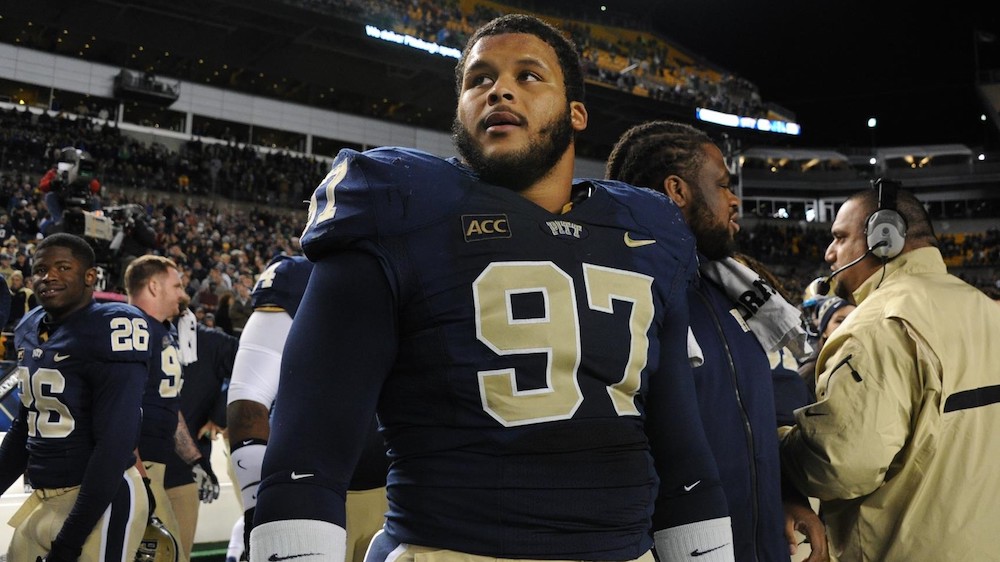 Don't worry. Your eyes didn't deceive you. Pitt's defense in 2019 was its best effort in years.

There were impact plays, too, as the Panthers tied for first in the nation with 51 sacks, and their 7.9 tackles per loss average was ninth.

In Dave Wannstedt's final season as coach, and with Phil Bennett making the defensive calls, the Panthers allowed just 305.1 yards per game, which ranked No. 8 nationally. Pitt was respectable against the run (120.0 yards per game) and pass (185.1 average) and allowed just 19 points per game.

The Panthers entered that season ranked No. 15 in the Associated Press preseason poll, but underachieved despite the defensive performance, finishing 8-5.

There were some senior standouts on that defense. Jabaal Sheard was drafted in the second round by the Browns. Greg Romeus, the 2009 Big East co-Defensive Player of the Year, was back, but he missed several games because of injuries. Dom DeCicco finished with five interceptions.

The 2019 defense was spearheaded by by first-year starters, while the 2010 defense was a senior-led group. Considering the two bookend the decade, it makes for an interesting debate.

Pitt's best player from the past decade once tackled two Duke players behind the line of scrimmage at the same time. He was that dominant.

There was nothing the under-recruited Donald didn't do in his three seasons as a starting defensive tackle. Against Georgia Tech in 2013, he finished with six tackles for loss, two forced fumbles and a sack. It was part of an extraordinary season in which Donald won the Outland, Bronko Nagurski, Chuck Bednarik and Rotary Lombardi awards.

The Woodland Hills product was a steady force, particularly after a move to defensive end in 2015. Over his final two seasons, Price racked up 42.5 tackles for loss, including 24.5 sacks. His 29.5 career sacks are fourth on Pitt's all-time list. Outstanding production, but many remember Price more for his on-field attire.

NCAA Cracked Down On His Short Shorts But Either Way He Was Constant Force Off The Edge Ejuan Price #NFLDraft https://t.co/2lo4XbqTju pic.twitter.com/oYK9cpUVFl

The Aliquippa native bounced back and forth between defensive end and linebacker during his Pitt career, but he put together strong seasons in 2010 and 2011. In the former, playing primarily up front, Lindsey had 18 tackles for loss (10 sacks). In 2011, playing on the line and at linebacker, he had 11 tackles for loss (8.5 sacks).

It was tempting to go with Shakir Soto as the fourth defensive lineman, but Twyman's impact last season outweighs Soto's contributions. Twyman's 10.5 sacks and 12 tackles for loss earned him All-America and all-conference honors.

Of the positions groups on Pitt's all-decade team, this easily is the weakest and the most difficult to determine. Think about it. Pitt went a decade without a standout at linebacker. Hard to believe, but true.

Idowu was steady when called upon, producing 253 tackles and 21 tackles for loss in his career. Considering he started at Pitt as a walk-on, those numbers look even better. Like Idowu, Galambos was a steady contributor, finishing with 282 tackles, 20 tackles for loss and three interceptions. Thomas, a Beaver Falls native, had more than 70 tackles twice (2013, 2014) and his 17 career tackles for loss is enough to earn him a spot in the not-so-stellar group.

The 49ers cornerback rarely left the field once be became a full-time starter for Pitt as a sophomore in 2011. At 5-foot-9, Williams is undersized but was never afraid to mix it up, finishing with 11.5 tackles for loss in his college career. As a junior, he intercepted four passes.

The only Panthers player selected in the 2020 NFL Draft (7th round, Bills), Jackson has the speed to stick with receivers and the physicality to disrupt them. He never had more than two interceptions in a season at Pitt, but Jackson had 35 passes defensed and 131 tackles over his final three season. Avonte Maddox is enjoying a solid NFL career, but Jackson was the better college player.

One of Pitt's biggest recruiting wins of the past decade, Whitehead immediately lived up to the billing. As a freshman, the safety finished with 110 tackles, including seven for loss, six passed defensed and a defensive touchdown. Throw in 122 rushing yards and a pair of offensive touchdowns, and Whitehead had one of the better freshman seasons in recent Pitt history. He played just nine games as a sophomore and junior, but when on the field, his impact was considerable.

This interception by @Pitt_FB's Jordan Whitehead sealed the deal for the Panthers. pic.twitter.com/7XcvNQGTRD

Hamlin might not be as athletic or dynamic as Ford, but he's steadily improved and is a leader on a strong defense. After being granted a fifth year of eligibility, Hamlin will be back at safety beside Ford, giving Pitt one of the better pairs at the position in college football. Over the past two season, Hamlin totaled 160 tackles.