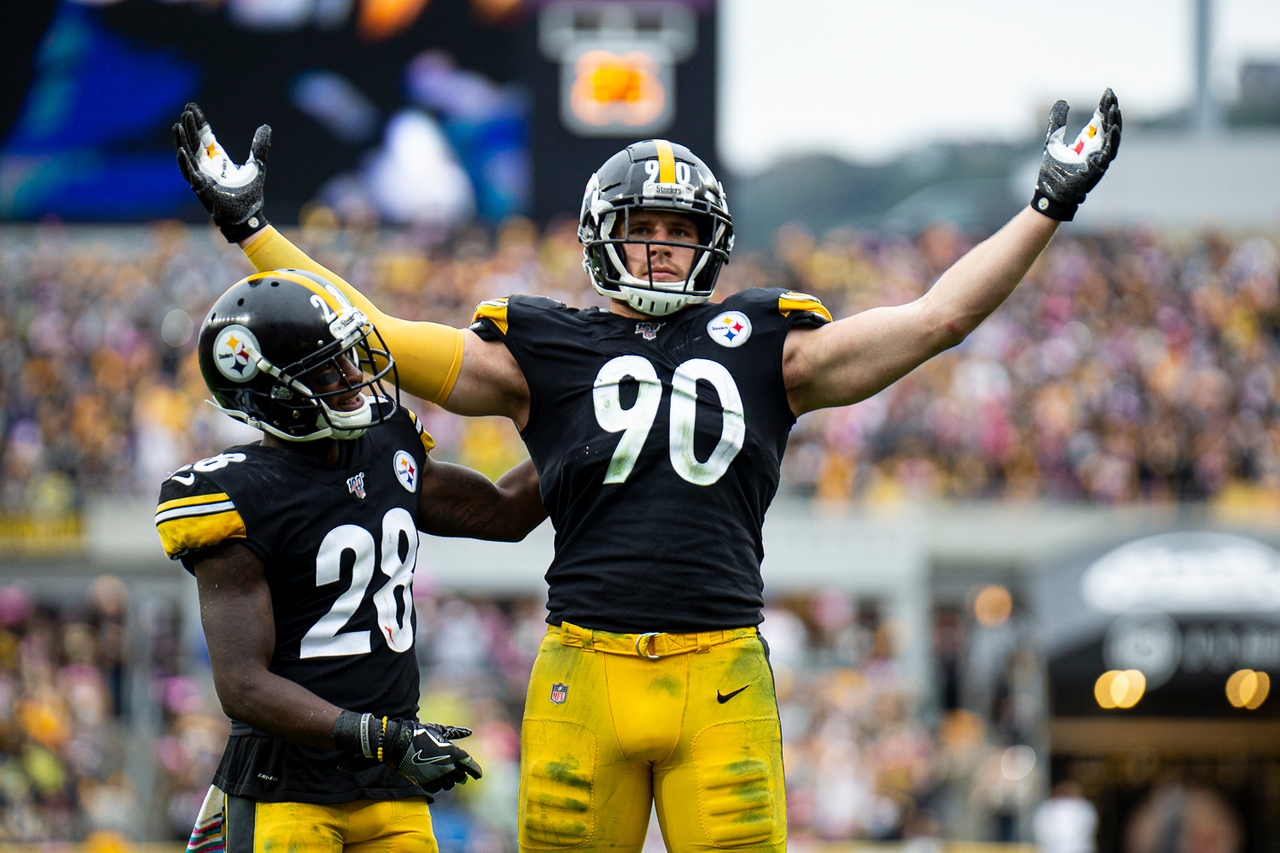 HAGERSTOWN, Md. -- There is a tremendous amount of uncertainty surrounding the 2020 NFL regular season. While navigating the uncharted waters of the coronavirus pandemic, the league is pressing on towards training camp at the end of July.

With the regular season seeming like a real possibility, odds are being adjusted for individual accolade awards. Awards like NFL Comeback Player of the Year, Offensive and Defensive Player of the Year and the Most Valuable Player.

Ask any athlete whether he would like a championship or one of those individual awards and 99.9% would say forget the individual honors and get them a ring. But what if one could lead to the other?

Check out the odds for each award, per Oddshark:

These awards, and the odds, truly mean very little as it pertains to the outcome of games, but what if they were also intertwined? That Roethlisberger and Watt's individual output will be the main reason for the team to get back to the postseason for the first time in three years.

That is exactly what I'm saying.

Steelers fans know all too well what the Mason Rudolph and Devlin Hodges 2019 season looked like, and the need for Roethlisberger to be back, and healthy, is paramount. It is likely the missing piece to the puzzle for the entire organization to get back on track. If Roethlisberger is able to not just come back and play at a high level, but to win the Comeback Player of the Year award, the Steelers' offense would likely do a lot better than the 18.1 points per game the offense averaged in 2019.

As for Watt, you have to wonder if he can continue on the upward trajectory he has been on since entering the league. Each year he has provided more than the year before, and I'm not just talking about sacks. Pass defenses, tackles for loss and forced fumbles have all be on the increase, and will have to continue on this trend for him to claim an award like Defensive Player of the Year.

Watt was close to winning the award in 2019, but fell short. The fact the Steelers missed the playoffs certainly didn't help his case, but if Watt is able to play at that level in 2020 the odds of the defense, and the team, returning to dominance is likely.

While the individual accolades mean nothing, they could be a key part of the Steelers' success. Roethlisberger and Watt playing at the highest of levels will do more than just win games, it will help them become contenders. Making the playoffs wouldn't be a question.

But while we're at it, here at the odds for the Steelers to do just that:

So, while those individual awards are only secondary to the team goals they set prior to every season, they certainly can be connected. Individual success can lead to team success, and for the Steelers to win the AFC North, make the playoffs and add to their trophy case, they will need their best players to be just that, the best.