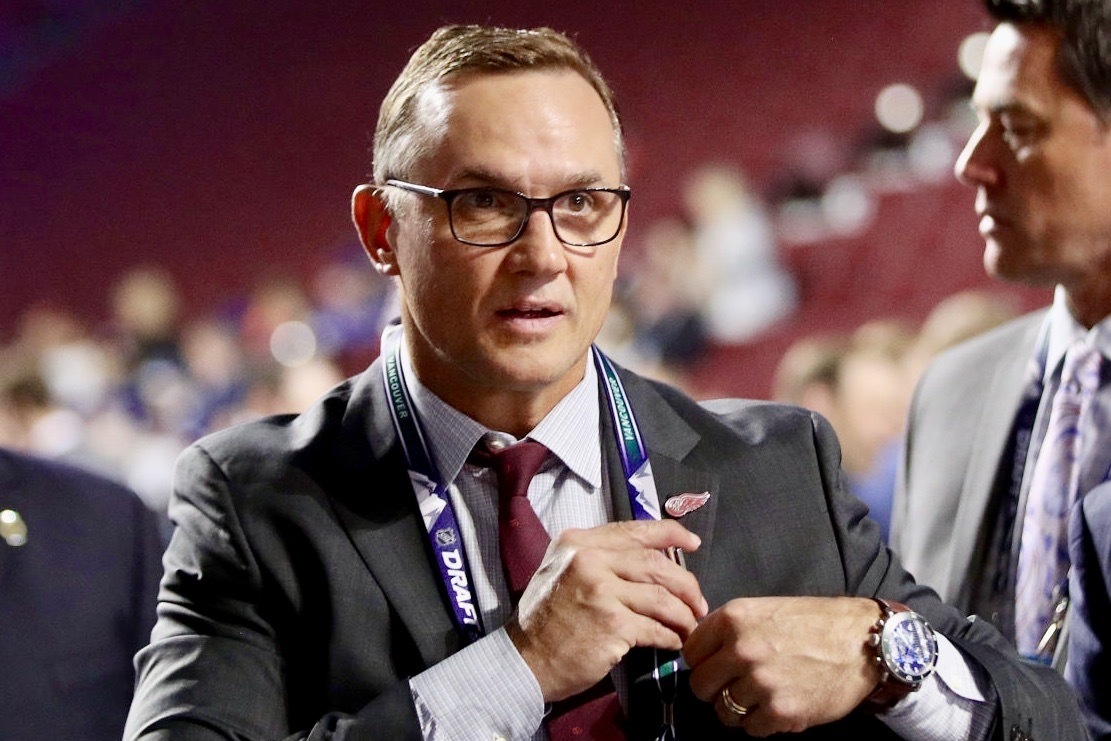 The NHL Draft Lottery on Friday night was the first action of any sort that we've seen from the NHL in months, and it was probably as exciting as a draft lottery can be.

An unknown team won the opportunity to draft Rimouski Oceanic forward Alexis Lafreniere No. 1 overall. The exact team will be determined after the qualifying round, when all teams eliminated from the qualifying round will be entered into a second lottery, where each team will have a 1-in-8 chance at winning the pick.

Yesterday Dave Molinari wrote about how the results are a "travesty," given that the results leave open the possibility that teams like the Penguins or Oilers could end up with the No. 1 pick if they lose the play-in round.

Fans and other writers expressed similar sentiments online, along with general criticism about the way the draft lottery was handled this year due to the shutdown.

After giving the various points some thought, I've decided that I really don't have that much of an issue with the draft lottery format or the way it was held this year. There could be some modifications though. Here are my thoughts on the whole matter:

• There needs to be a lottery.

The Red Wings were bad this year. Historically bad. One of the worst teams in the post-lockout era. There was even a period of about two months during the season that they didn't earn a single regulation win.

This wasn't "tanking" for Lafreniere. They were really just that bad. That doesn't mean that they "earned" the No. 1 overall pick, though.

There still has to be some sort of lottery system based on chance to discourage tanking for picks.

And to be clear, when we're talking about "tanking," it's the management doing the tanking by the moves they make, not the players doing the tanking by putting forth low effort. Just listen to Eddie Johnston, Lou Angotti, and some of the 1983-84 Penguins talk about tanking for Mario Lemieux in the TSN documentary "Playing to Lose."

Even though we're talking about chance, it's still not equal odds for teams in the lottery. The worst teams have the best odds of earning the highest picks, but the odds are still enough of a gamble to make tanking not worth it.

I've seen many suggestions for an extra mini-tournament for those bottom-feeder teams to play to win the No. 1 pick, which really doesn't make any sense. Teams often have several players who know they won't be back the following season and could not care less if their current team ends up with a high draft pick. For some players, a guy like Lafreniere is going to come in and potentially take their job. Do you think those guys would be be going all-out in a tournament for Lafreniere?

• A first-overall pick isn't enough to turn a franchise around, and the first round still has plenty of future stars.

Just look at how long it took the Oilers to figure it out after all of their No. 1 picks. They picked first overall in 2010, 2011, 2012, and 2015. In the four years that followed drafting a generational talent Connor McDavid in 2015, they only made the playoffs one time.

Lafreniere alone wouldn't have gotten the Red Wings out of the hole they're in, and he's probably not the only player in this draft who can help with the rebuild. The Red Wings are picking fourth now. Notable fourth overall picks in recent years include Brady Tkachuk (2018), Cale Makar (2017), and Mitch Marner (2015).

Lafreniere is talented, but so are Tim Stuetzle, Quinton Byfield, and Marco Rossi, to name the next few expected picks. One of them will be around by the time the Red Wings pick, and the Red Wings will still get a good player.

Steve Yzerman, the Red Wings' general manager who will be making the pick, was drafted fourth overall himself in 1983. So he's probably aware that decent players can still be found at No. 4.

• The odds weren't any different this year.

The way the NHL held the draft lottery this year was more convoluted than it needed to be. They didn't need to break it up into two phases. If they held it after the qualifying round, it could have been run the same as any other year. The draft isn't going to be until the fall. The lottery is usually two months before the draft, not four. It could have waited.

But the NHL's changes to the lottery this year didn't impact the odds. These were the odds going into the lottery:

Those are the same odds for each team as any other year, although usually the bottom eight teams usually have names attached to them and aren't just placeholders.

There was a lot of fuss this year over the placeholder teams having a combined 24.5 percent chance to win the No. 1 overall pick. That's the same as any other year -- the best eight teams in the lottery have a collective 24.5 percent chance of winning the top pick. Had this been a normal lottery, the Red Wings would have had the same odds, so the Red Wings weren't screwed by this season's format.

It doesn't matter for the actual results, but the specific placeholder ball chosen was one for Placeholder E, the one with 2.5 percent odds. If the lottery was held with the 15 worst regular season teams based on points percentage, that would have been the Jets' ball, since they would have had 2.5 percent odds.

• A playoff team still can't win the lottery this year.

The NHL obviously had to adapt in several areas due to the circumstances, like with the 24-team return-to-play format.

Several people have made the point that any team that has "a chance to compete for the Stanley Cup" shouldn't have a shot at the lottery, which I think is just a weird way to put it. The teams just outside the postseason bubble in any year had a chance to make the playoffs and compete for the Cup, they just failed at it. The qualifying round teams have a chance to make to the 16-team playoffs. But if they don't, then they're not in the Stanley Cup playoffs.

The NHL could have just held the lottery with the seven teams who are actually finished for the year, sure. But you also have to give some thought to qualifying round teams that were outside of the playoff picture who are now in the 24-team plan. A team like the Canadiens, in a normal year, would have been in the lottery with a six percent chance at winning the No. 1 pick. Would it have been fair to remove their lottery chances completely when there's a decent chance they won't make the actual 16-team playoffs either? I can't imagine that general managers of those teams would have voted in favor of a scenario like that.

• The odds a great team loses in the qualifying-round and wins the second lottery are low.

Anything can happen in a best-of-five series, especially after a long layoff, but the Canadiens and Blackhawks are both No. 12 seeds for a reason. Their odds against the No. 4 seeded Penguins and Oilers aren't great. Even if there's an upset, there's still a second lottery to be had, one in which each team has 12.5 percent odds. Not great.

If you want to talk about odds, the odds that one specific qualifying-round team could have ended up with the No. 1 pick this year were incredibly low.

For the sake of the math, assume all qualifying-round matchups have 50/50 odds. The odds that a placeholder would win the No. 1 pick (24.5 percent), your team would then be eliminated from the playoffs (50 percent), and then your eliminated team wins the second lottery (12.5 percent), combine for a 1.5 percent chance at getting the No. 1 pick.

With those odds, nobody could make the argument that this format "favors" any one specific team.

• Moving forward, perhaps there could be adjustments to the format

There's no easy way to divide up the odds for 15 teams, give every team a shot, and give the teams like the Red Wings a great shot. The odds for future seasons could be adjusted so there's a steeper drop off after the first three or first five teams.

The NHL's actual format for the lottery isn't that complicated right now. They draw for just the first, second, and third spots. That means that no team can fall more than three spots, and the rest of the teams remain in inverse order based on points percentage.

Perhaps the lottery drawing could be for more than just the top three spots, like all 15. There could still be limitations on how far a team can fall, and there can be added limitations on how many spots a team can move up. So the order could get shuffled for all lottery teams, but nobody could move too far up or down.

That might make some people more happy, but it would be more convoluted than anything else we've seen from the league.