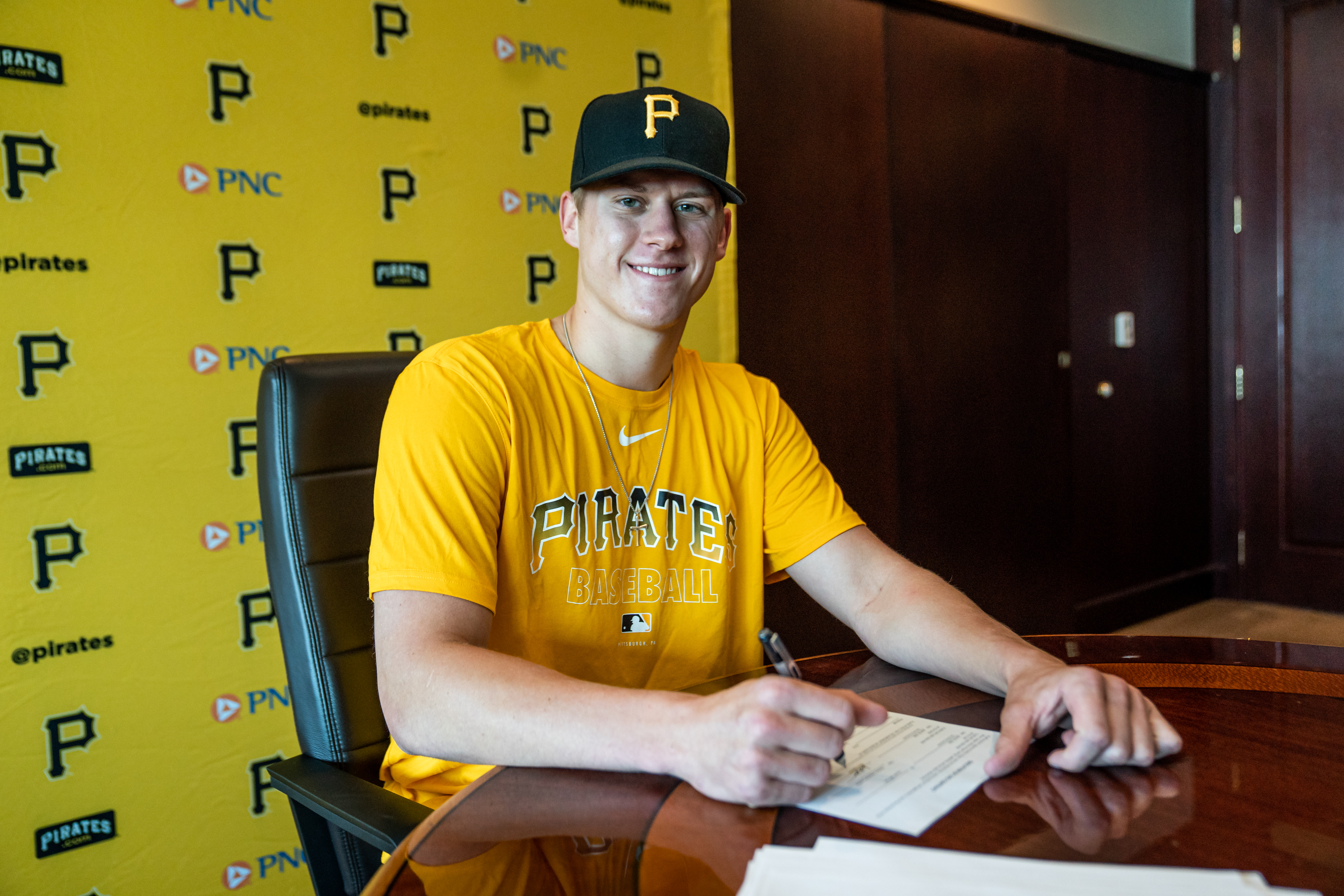 Four down, two to go.

On Monday, the Pirates announced that they had signed their fourth-round draft pick Jack Hartman. Terms of the deal are not yet known.

The 21-year-old right-handed reliever went 1-0 with a 3.00 ERA and 22 strikeouts over 12 innings pitched for Appalachian State University in 2020.

A converted infielder, Hartman has only pitched out of the bullpen for three years, but has posted impressive strikeout numbers and peripherals. His fastball sits around 94 mph, and he has two breaking pitches that can be used to get outs.

All three of his pitches get outstanding spin. A source told DK Pittsburgh Sports that his fastball consistently gets a spin rate of over 2500 rotations per minute. His slider is in the 2,600-2,800 rpm range, and his curveball is around 2,600 rpm, but it has been known to reach 2,900 rpm.

“Jack hasn’t been pitching for very long but already shows very promising stuff with a fastball/slider combination that we believe has a chance to be very effective at the professional level,” Ben Cherington said. “He’s a strong, physical pitcher with strong character and work ethic. We look forward to working with Jack in a Pirates uniform.”

Baseball America ranked Hartman as the 286th best draft prospect. He was selected 108th overall, meaning he will likely sign under slot to save money for other picks. The pick carries a slot value of $538,200.

Hartman is the third player to sign with the Pirates this week. First-rounder Nick Gonzales signed for $5,432,400 on June 24, and fifth-round righty Logan Hofmann for $125,000 on June 27. Second-round pick Jared Jones signed the week prior, though an amount is not yet known and the club has yet to officially announced it.