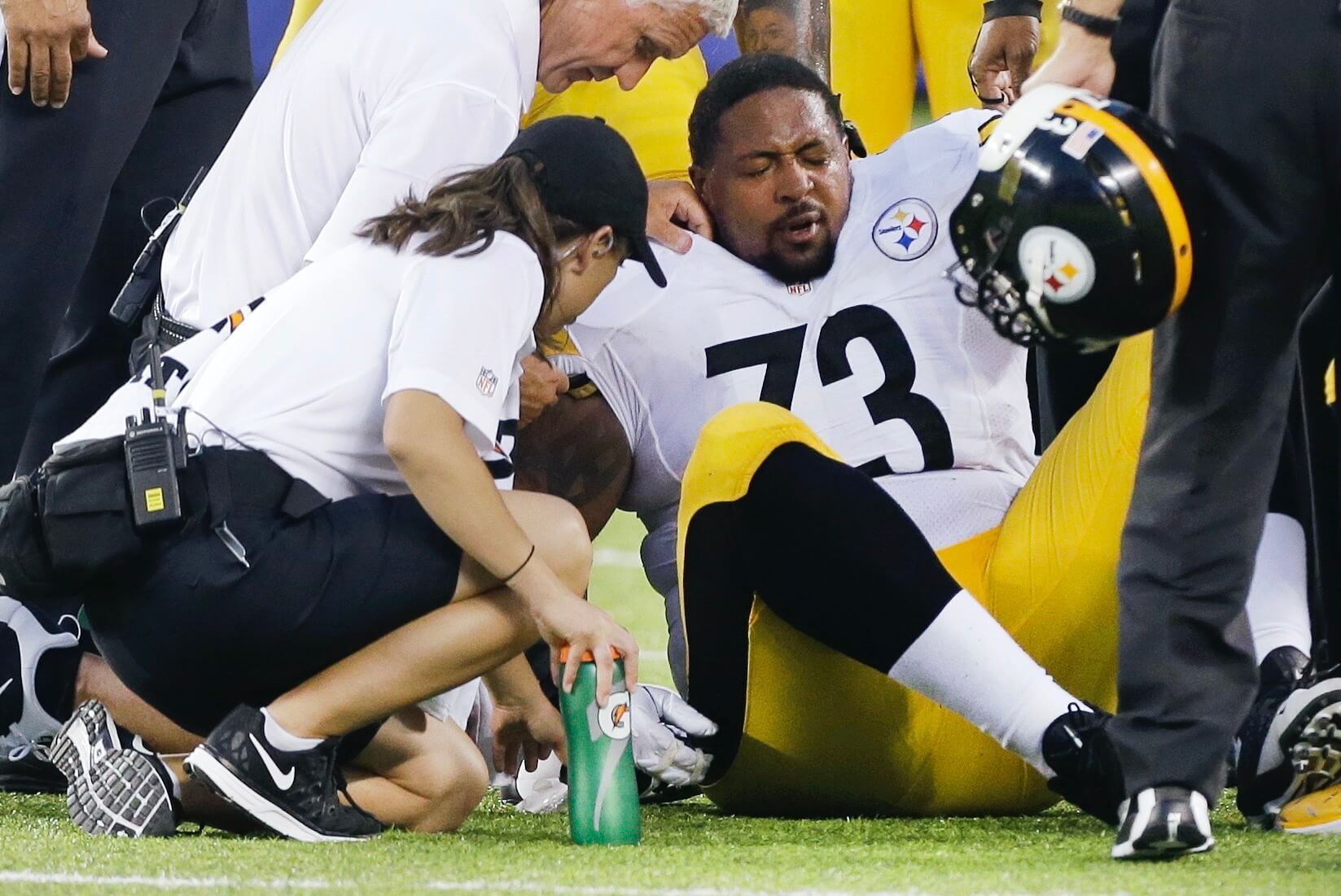 HENDERSONVILLE, Tenn. -- Having the freedom to go and enjoy watching my kids play sports and other activities without having the pressure of missing a workout or training session was one reason it was easy to retire, to walk away without any doubts.

While you're still on a roster, training probably is the most important thing going on in any athlete’s house. For the most part, the entire household moves on the same schedule as my workouts and running. That even goes for sporting events for the kids. Family vacations, cookouts and events usually don’t happen until after minicamp.

Things sure have changed this year.

Every weekend, we now load up and head to the parks to watch baseball, although the COVID-19 spike could shut that down soon, too. Still, I enjoy having something to do and it being sports. I really enjoy it. I’m usually the one who packs up the van with a wagon, a cooler full of drinks, a tent and foldable chairs. You know, just a typical day of kids playing baseball at the park.

We were lucky last time, as we had early games before the Tennessee heat and humidity kicked in. The kids went 2-0 in the morning and had to wait for the results that would land them in their pool play for the rest of the weekend. And what was different about this 2-0 start was the team did it without one of their best players. That kid and his family went on vacation, as many families do this time of the year. I’d be lying if I didn’t say I expected us to struggle some because he bats leadoff and plays shortstop. He’s a really good athlete.

As we were leaving the park, I said to my brother, “You know it sucks to know you’re one of the best players on the team, and for the first time since the season started, your team goes 2-0 without you.”

This isn't an indictment on the kid for going on vacation and missing those games. Nope, we're talking about the psychological side of sports when the fear of missing out will make you feel guilty over something you can’t control.

FOMO (fear of missing out) is a term I've heard athletes use when they feel like an opportunity is missed.

In the world of sports, this happens a lot. Guys miss games because of injuries such as sprained ankles, MCL sprains, concussions or a season-ending setback that leaves you feeling like the world is crashing, especially if your team is having success. At Baltimore in 2014, I sprained my ankle. Any sensible person should have let the next man up finish the game. Except no one had to say anything to me about finishing the game. If I could control the pain, I wasn’t leaving.

I finished the game with a heavily taped ankle and a wobble, but playing at Baltimore is a game I wasn’t going to miss if I could help it. Check it out on YouTube, near the end of this video:

We've seen players take big hits and still come out and play the following week. I know guys who had MCL surgery and were back on the field within two weeks. The mental makeup of guys wanting to play no matter the circumstance is something that sometimes can’t be put in context. I would've rather played a game hurt and have a couple of bad plays than to miss a game.

That’s why it’s important to have coaches who will shut players down and protect them. Given the opportunity to play, guys are going to take it. If I had something going on during a game, Maurkice Pouncey and I had a method of knowing when to talk to the athletic trainer without feeling like we were letting our teammates down. If Pouncey needed checked out, I always brought it to the attention of the training staff. It takes away the doubt of having others question your toughness or commitment, and it forces pride to take a backseat when your brother looks out for you.

I'm sure my son's teammate and his family checked on the scores over this weekend, and I'll bet the kid had a fear of missing out. It can put a heavy burden on your mind when playing team sports.

During training camp in 2018, my knee was hyperextended on the first day wearing pads at practice. I had pulled ligaments and a deep bone bruise, and, at the time, I thought my season was over and my career possibly was coming to an end. When the MRI came back, I was relieved and optimistic about being able to play again. I pushed hard to get healthy because I didn’t want to miss out on any action.

True pros realize the train keeps moving. It was my intent not to miss that train. I went to every meeting to see who was lining up at left guard and, truthfully, was hoping they weren’t doing better than I was before being injured.

That might be an eye-opener for readers, but it’s the truth.

I wanted to start Week 1 against the Browns and prove myself to my guys. I probably was close to 90 percent for the opener, and I had a few things working for me in that, soon after camp, the weather became cooler and it happened to rain that day.

And you know what? I made it.

The biggest advantage I had was the fear of missing games and seeing the team succeed without me. Sports have a lot of life lessons in them. If you’re right-minded, you find ways to do things you never did before, pushing and pushing to never feel left out.