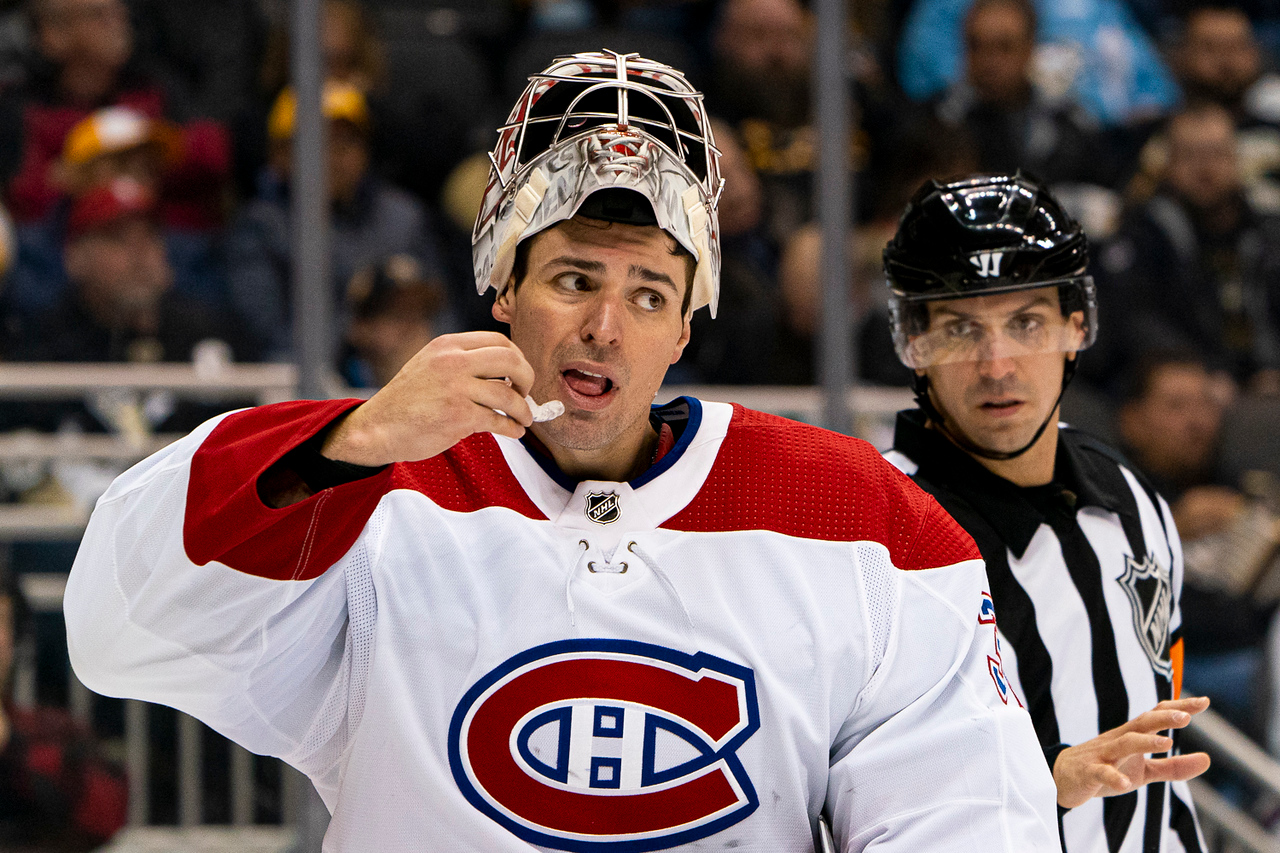 Conventional wisdom holds that if Montreal finds a way to upset the Penguins in the best-of-five qualifying round this summer, goalie Carey Price's fingerprints will turn up all over the victory.

He is widely regarded as one of the NHL's premier goaltenders, and a team as generally overmatched as the Canadiens figure to be against the Penguins almost certainly will have to get a performance that is flawless -- or better -- from its goalie.

But Price's glittering reputation aside, at least one of three Montreal journalists who agreed to a not-for-attribution assessment of the Canadiens with DKPittsburghSports.com feels his ability to carry Montreal past a superior opponent might be overstated in some quarters.

"There was talk a few months ago about how people were afraid of him, in a short series ... and how he is a top goaltender in the league," the reporter said. "The two times during his tenure that they've gotten to the Eastern (Conference) final; the one year he got hurt in the round before that and the other year -- the year they beat the Penguins and then lost to Philadelphia (2010) -- that was Jaroslav Halak."

The aforementioned journalists, who were granted anonymity in return for candor, responded to a series of questions about the Canadiens' strengths and weaknesses, and what they believe will be keys to how the series against the Penguins will play out.

Here is the second batch of those questions, followed by some of the insights from the journalists:

Aside from Price, what do you see as the Canadiens' greatest strength/asset going into the series?

"Rest. (Jonathan) Drouin, (Tomas) Tatar and (Shea) Weber were all pretty banged up when the season was suspended."

"What does Montreal have going? The No. 1 line is (Phillip) Danault centering Tatar and (Brendan) Gallagher. If that was your No. 2 line, you'd have a contender. Danault will get some Selke votes and could prove an effective antidote to one of Pittsburgh's centermen. (See Lapierre, Max.) Gallagher is a fine winger, by the way, undersized but undeterred. (He isn't a natural scorer like (Mike) Camalleri, again 2010 reference, but a superior player and an utter pain in the ass to play against). I presume (coach Claude) Julien keeps Weber and (Ben) Chariot together. They are big and good. In 2018, (Jeff) Petry, an excellent second-pair right defenseman, found some chemistry with (Brett) Kulak. Not so much this season, but maybe it'll happen again."

"You've got a couple of guys who can score, in Gallagher and Tomas Tatar ... and apparently, they're both in really good shape. ... Drouin is a wild card. At the beginning of the season, he had his best start ever. He was playing at both ends of the ice."

What do you see as their biggest potential soft spot?

"Oh boy, where to start? They were already short on depth and offensive talent, and traded depth guys Nate Thompson and Nick Cousins, as well as talented Ilya Kovalchuk, prior to the deadline. The top-9 isn't that bad, but the fourth line will be horrible, with fringe NHLer Dale Weise, as well as Jake Evans, a good player with limited NHL experience. On defense, the Chiarot-Weber were good for a while, but lost efficiency as the season progressed. Because of a lack of depth on the left side, Chiarot was overused."

"Montreal is lousy on the power play, and presumably gets eaten alive on special teams. The Canadiens simply don't doesn't draw enough penalties, perhaps because the forwards are on the smallish size."

"The biggest weakness, I think, is a lack of depth. They basically have one line. ... They really don't have any secondary scoring unless Drouin wakes up, and (Max) Domi isn't having the year he had his first year in Montreal. Their scoring is disproportionately weighted on the top line, with Tatar and Gallagher."

Does there seem to be a significant segment of the fan base that actually hopes Montreal will lose the series, simply so the Canadiens get a shot at drafting Alexis Lafreniere?

"Of course, hanging over all this is a 12.5 percent chance at Alexis Lafreniere (in the post-round draft lottery). He is from a town about 45 minutes north of the city. The last francophone star here was, who? Hart winner Jose Theodore in 2002? Two-time 50-goal man Stephane Richer?  (Vincent) Damphousse? (Guy) Lafleur? Don't think this kid is all that, but irrational exuberance and so on. There are plenty of people who think the 1-in-8 chance at a local hero is better than the chance of winning five series and a 25th Stanley Cup. The expectations have been successfully lowered. Marc Bergevin, take a bow."

"Judging by what I read on social media, I expect someone to come up with a Montreal Canadiens jersey with the number 12.5 on the back."