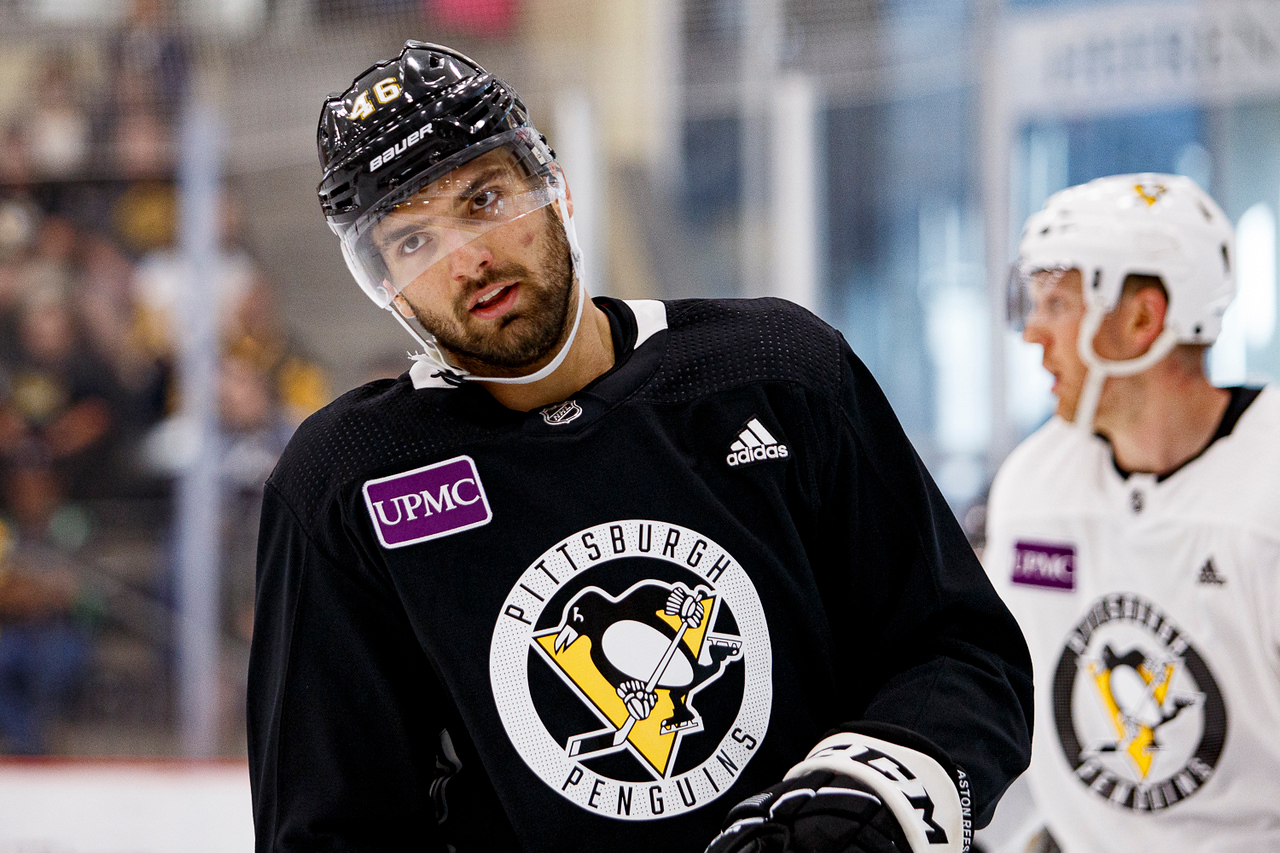 It will be great for them if, say, Justin Schultz and Teddy Blueger elevate their games significantly when the best-of-five qualifying round against Montreal begins next month, but the Penguins' chances of having a meaningful impact in the playoffs will hinge more on the performances of Sidney Crosby, Evgeni Malkin, Kris Letang, Jake Guentzel and whoever gets the start in goal.

So yeah, if the top-six forwards and members of the top two defense pairings don't play to their potential, the Penguins' chances of hanging around the postseason long enough to get tired of living inside the NHL's coronavirus "bubble" could drop precipitously.

Still, winning a Stanley Cup -- or getting anywhere close to accomplishing that -- demands a group effort, and often involves big contributions from guys who dwell farther down the depth chart.

Here are three players who won't necessarily get much attention before the postseason begins, but whose skills sets and/or styles could make it possible for the Penguins to make a serious run at the franchise's sixth championship.

His statistics -- both vital and job-related -- suggest that he is perfectly cast as a fourth-liner. After all, Aston-Reese has pretty good size (6 foot, 204 pounds) and a willingness to handle all of the blue-collar duties that go with such a role.

Still, even though he has just 18 goals in 116 career games at this level, Aston-Reese showed a legitimate scoring touch during his time at Northeastern, putting up 31 goals in 38 games during his senior season.

It's hardly unheard-of for a player to put up big numbers at one level but have them plunge in the next, and not even his agent and closest family members likely can envision a scenario which Aston-Reese, say, bumps Guentzel out of his spot alongside Crosby on the No. 1 line.

Still, he does seem to be a viable candidate to chip in with a timely goal or two this summer.

If nothing else, he's due: Aston-Reese doesn't have a goal in 13 playoff games.

Third-pairing defensemen don't often get much attention -- or as much playing time as the guys on the two tandems above them -- but a specific slice of Johnson's workload means he could figure prominently in whatever success the Penguins will have.

Playoff games tend to be lower-scoring than those during the regular season, which adds to the significance of capitalizing on power plays -- and preventing the other team from doing the same.

And while the Penguins probably won't count on Johnson to get them any man-advantage goals -- he averaged four seconds of power-play ice time per game during the regular season -- he could be a key to the success of their penalty-killing unit.

Although his average ice time of 19:28 was only fifth-most among Penguins defensemen, Johnson logged two minutes and 12 seconds of short-handed work per game, tying Letang for the most among the team's defensemen. Johnson was on the ice for 49.7 percent of the time the Penguins were shorthanded in 2019-20.

With special-teams play a deciding factor in many series, Johnson's effectiveness as a penalty-killer could be critical.

At first blush, McCann is having a reasonably productive season for a third-line center, with 14 goals and 21 assists in 66 games.

He is versatile enough to have played up and down the lineup, in the middle and on the wing, but the absence of Nick Bjugstad creates an opening on the No. 3 line that McCann is a natural to fill because of his solid two-way game.

The wrinkle is all of this is that while McCann has shown pretty fair, albeit not spectacular, offensive ability, he failed to get a goal in his final 22 regular-season games, a slump that stretched over nearly two months.

It is not, however, as if he's a one-dimensional player who's doomed to finish near the backup goalie in the team scoring race: Before he fell into that protracted slump, McCann had a goal in three consecutive games and four of the previous five.

McCann clearly is capable of making regular appearances on the scoresheet when his confidence and offensive talents are in synch. Regular contributions from him could go a long way toward extending the Penguins' time in that postseason bubble.

Share
Tweet
Email
ACC: Decision on fall sports in late July
Kovacevic: Polanco’s got it all, and we’re still waiting