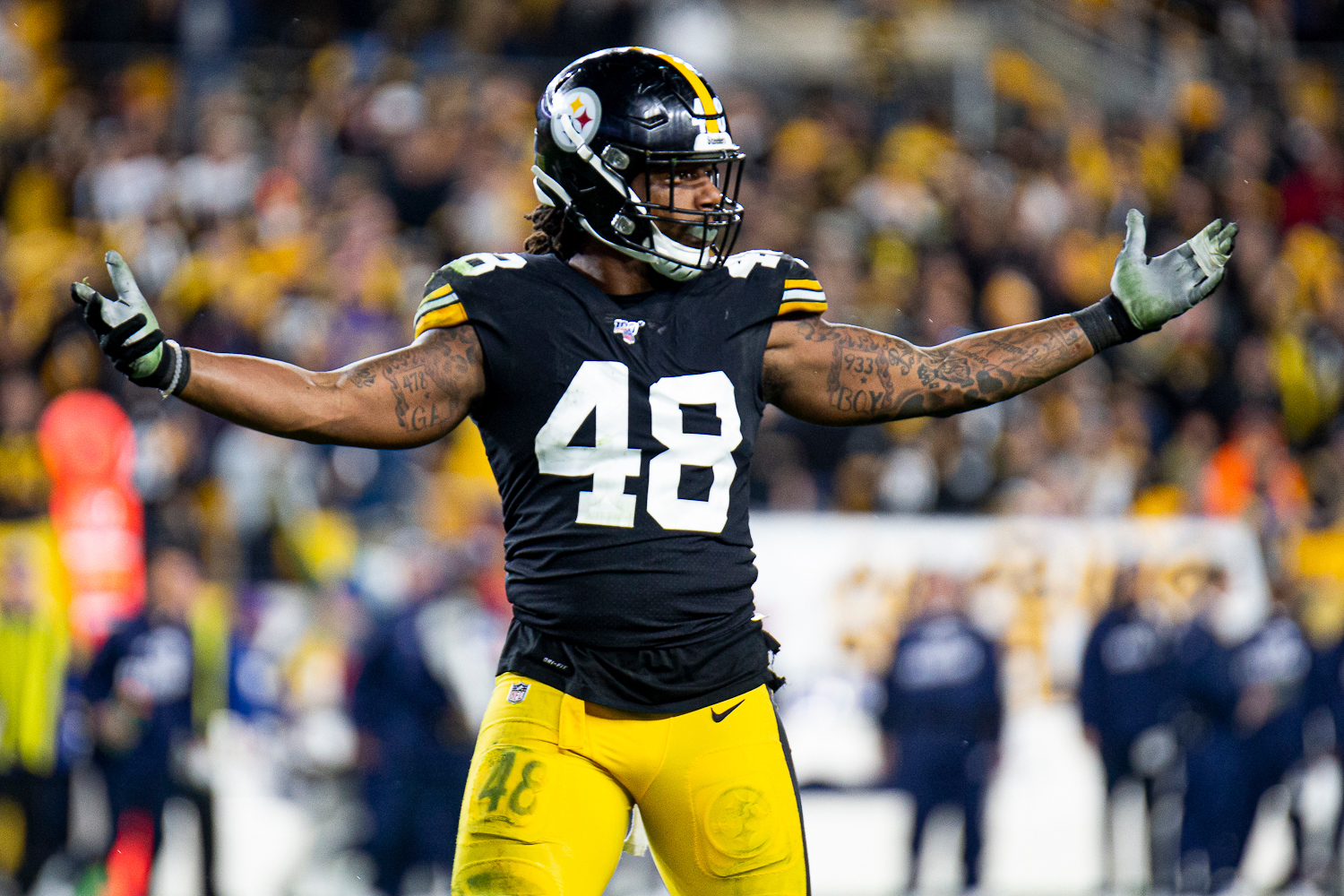 Bud Dupree has already signed his exclusive rights franchise tag tender, but the outside linebacker is filing a grievance with the NFL when it comes to his given position for the franchise tag. This per Ian Rapoport of NFL Network.

#Steelers pass-rusher Bud Dupree has filed a grievance with hopes that he’ll be paid as a defensive end rather than a LB, I’m told. Similar to Shaq Barrett. While there is still some time to work something out, the sides are not close on a deal.

Dupree is suggesting he is more of a defensive end, or pass rusher, than he is a traditional linebacker. Some might wonder what is the difference, well there is a big difference. The way the franchise tag works is you have a slotted amount of money based on the average salary at the position you play. The more prolific the position, the more money you make.

The Steelers have Dupree slotted as a linebacker, but Dupree is arguing he is more of a defensive end.
The franchise tag for linebackers is $15.828 million, and it’s $17.788 million for defensive ends.

Dupree isn't the only player who is making this move to try and get more guaranteed money in 2020. The Buccaneers Shaq Barrett has also filed a grievance with the league making the same argument as Dupree. Another NFL player who made this case was Ravens' pass rusher Matthew Judon who settled on receiving $16.8 million dollars for the upcoming season.

The Steelers and Dupree can still try and negotiate a long term contract, nullifying the franchise tag tender he has currently signed. The deadline for a deal to be made is July 15, but Rapoport points out the two sides aren't close to a deal at this time.

Dupree is coming off a career year where he registered 11.5 sacks opposite T.J. Watt, but there are questions whether he can duplicate this performance. He will have 2020 to prove himself, the question now is how much money will he count against the Steelers' salary cap while doing so.