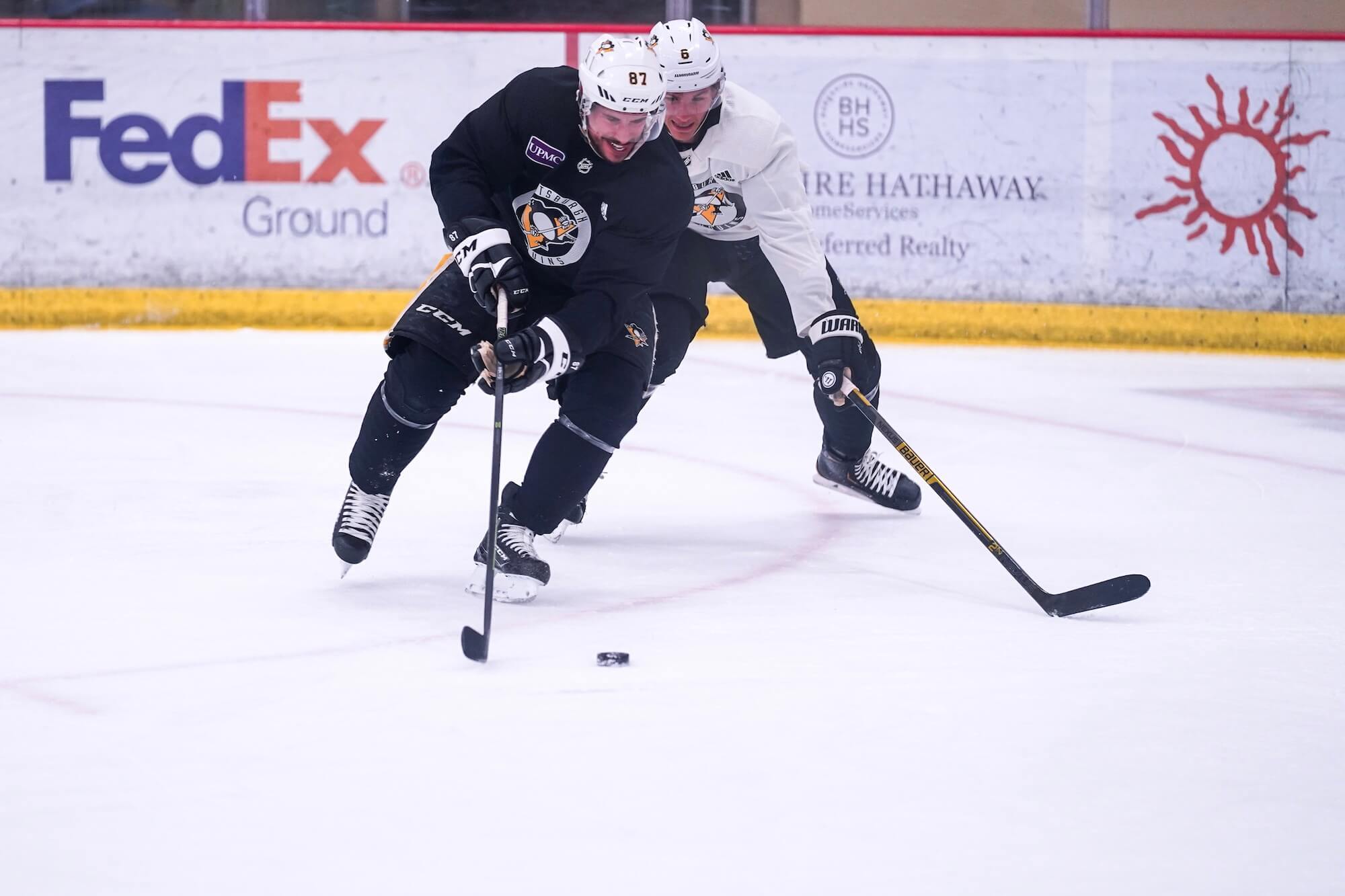 The Penguins will open their 13-day training camp today at the UPMC Lemieux Sports Complex.

With only one reporter permitted on-location per outlet, Dejan will handle our site's coverage when players take the ice at 11 a.m., which you can follow live here.

Here's what you need to know about the next two weeks, and some storylines to watch:

Teams will each play one exhibition game in the hub city before games begin Aug. 1.

Nick Bjugstad, Dominik Simon and Zach Trotman are not on the roster due to injury.

The NHL's 20-page list of protocols for training camps can be found here. Among the notable inclusions:

• This is the first time that coaches will be permitted to have in-person interactions with players since the shutdown.

• Players and other team personnel will be tested every other day, with results becoming available within 24 hours of the test being administered.

• Players and personnel must self-screen for symptoms and take their temperatures at home no more than two hours before arriving at the facility, and then undergo another symptom and temperature check once at the facility.

• Teams are prohibited from releasing any information regarding coronavirus test results, as well as any injury news.

The number of media members permitted to attend practices is limited in order to maintain social distancing. Only one person from a select number of outlets will be allowed in the building. We'll be there every day, beginning with Dejan covering the first two days of camp. I'll handle most of the practices after that.

Media availability will be conducted virtually over WebEx after practice. There will be no in-person availability.

The Penguins will potentially stream the three scrimmages mentioned in the above schedule. More information on those will be announced at a later date.

Is it Matt Murray's net, or will there be a battle between Murray and Tristan Jarry to win the starting job in Game 1?

• How does Guentzel look?

Guentzel has looked fine taking shots what we've seen in the small informal skates, but camp is going to be more intense. These intrasquad scrimmages will be the first game-like action he's seen since December. How will he handle the contact?

How will the lines look with Guentzel back in the mix? Will Guentzel and Crosby be reunited with Sheary, or will Zucker stick on that line? The combinations for the top three lines are up in the air.

• Will players benefit from the extended layoff?

How will the older players on the roster -- especially 40-year-old Marleau -- fare going straight into the playoffs after over four months without games?

• Who makes the final expanded roster?

The current roster includes 34 players, and only 31 can make it into the bubble. Will Poulin make the final cut?