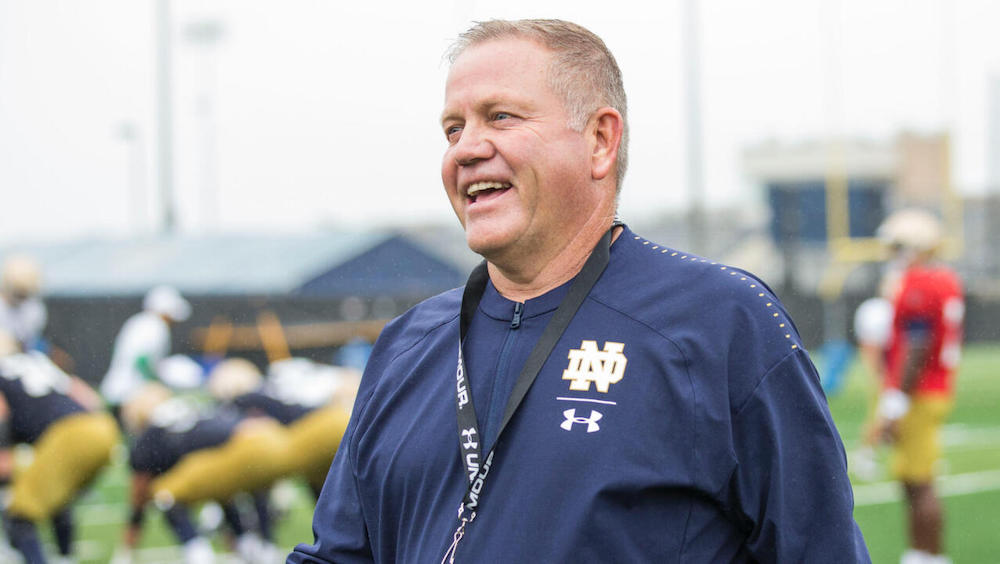 The ACC announced Wednesday that fall sports will begin the week of Sept. 7, assuming public health guidelines at the time allow for that to take place. And the football season will include Notre Dame competing as a member of conference.

The league announced football teams will play 11 games each, including 10 conference games and one non-conference matchup. Those games will all take place in a 13-week span.

“The announcement of an ACC scheduling model is an important first step as we continue to build a framework to safely play the 2020 season," Pitt AD Heather Lyke said in a statement. "The focal point of our planning has been, and will continue to be, the health and well-being of our student-athletes. The ACC’s Medical Advisory Group has been an exceptional resource in helping us plot a course in an ever-changing health environment. We will remain vigilant as we work through the additional details that need to be resolved before a season can commence.”

Instead of two ACC divisions -- the Atlantic and Coastal -- as has been the case, all teams and Notre Dame, a conference member in all sports except football, will compete for the conference title. The top two teams at the two teams at season's end will meet in the conference championship Dec. 12 or 19 at Bank of America Stadium in Charlotte, N.C.

The weekly schedule and bye weeks will be announced at a later date.

“Today’s decision was made after months of thoughtful planning by numerous individuals throughout the conference,” said ACC Commissioner John Swofford in a release. “The Board’s decision presents a path, if public health guidance allows, to move forward with competition. Our institutions are committed to taking the necessary measures to facilitate the return in a safe and responsible manner. We recognize that we may need to be nimble and make adjustments in the future. We will be as prepared as possible should that need arise.”

ACC fall Olympic sports may begin on Sept. 10 and play a conference schedule that meets the minimum games required by the NCAA. Those include field hockey (6 games), women’s soccer (6), men’s soccer (6) and volleyball (10).

Share
Tweet
Email
Pirates ‘don’t give up,’ rally by Brewers
‘Think about others:’ Polanco back from COVID