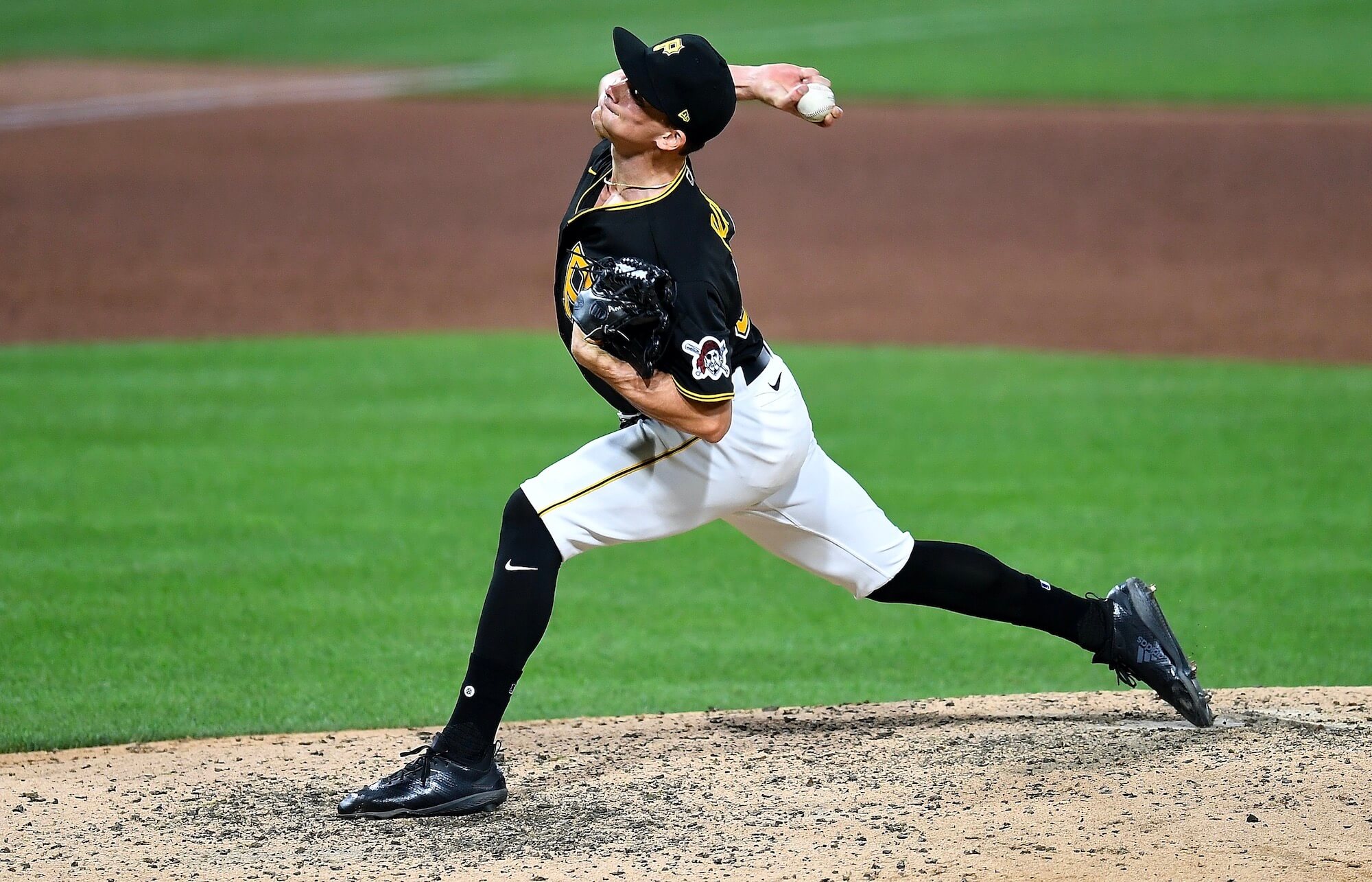 "It’s just some Silver Bullets, a couple bottles of baby powder and some Irish Spring all sprinkled on you."

That was Nick Burdi's description of how he was doused in the Pirates' clubhouse following their riveting 8-6 reversal/rally over the Brewers on this Tuesday night at PNC Park. And to clarify for those who couldn't process what a sanitized celebration looks like amid a pandemic, those ingredients are Coors Light, Johnson & Johnson and ... well, you got the soap part.

Hey, gotta keep it clean ... if not necessarily palatable.

"It’s not that fun," Burdi concluded, "but you get through it."

Sure do. And it's that much easier when the bullets being fired before the Bullets are ringing up triple-digits on the radar gun, as Burdi did in recording his first big-league save after 27 years on this planet, seven years as a professional, three arm surgeries and countless long days of rehab.

Particularly after the awful sight of his crumpling, clutching his arm and crying on this same mound a year ago, fearing that an arm injury would end his career, this had to be all kinds of special.

"This is one of those moments where, you know, it’s been six years in the making," Burdi added, referring to turning pro in 2014 out of Louisville. "Three surgeries later, finally got the first one. So it was definitely exciting.”

No, good for all of them. Only in baseball can a script as miserable as Monday's be magically flipped within 24 hours. Four-run rally one night for the bad guys, four-run rally the next night for the good guys, followed by Adam Frazier ripping the seams of this two-run rocket:

On this still-natal season, Burdi's faced seven batters, fanned four of them, walked just the leadoff man in this one and ... basically just blown people away.

Oh, and all of that's been in the ninth inning, with both appearances putting a bow on both of his team's victories, including Sunday in St. Louis.

When I prodded Derek Shelton at Busch Stadium about being tempted to try Burdi at closer, despite his having 15 total big-league appearances to the back of his card, Shelton appeared to cringe a bit before responding, "I’m thinking he’s got really good stuff. And I’m excited that he’s continuing to pitch for us and he’s healthy, yeah. I’m very happy with that.”

I understood that completely. Burdi's got the injury history, which is the primary reason he'd been deemed unavailable for Monday's loss which easily could've been a win had he pitched. Also, Shelton's already named a closer in Keone Kela, who's being held out as a coronavirus precaution and who wrote on his Instagram account Tuesday that he expects to be back soon. And, if anything, with the Pirates losing Kela, plus now Kyle Crick and Clay Holmes going on the Injury List earlier in the day, the more back-end contributors he'll have, the happier he'll be.

I again prodded Shelton on this night about Burdi closing, this time by asking if Burdi can at least benefit from being in these ninth-inning, protect-the-lead settings.

All right, I followed up: What he's going to do, in general, with so little relief in sight?

"DK, I can’t tell you what I’m going to do, because that would ruin it. It would ruin the questions for you. But I think it’s one of those situations where we’re going to have to see what we have available every night and pick the right situations for guys. And I think we’re going to see some guys rise to occasions in certain spots. Tonight, we saw Geoff Hartlieb rise to an occasion. We saw Nick get his first big-league save. Anytime you’re checking boxes off of firsts, it’s a pretty cool thing."

That was that. But then, he can't answer a situation that's currently got no answer.

Other than maybe every other game in the ninth inning.