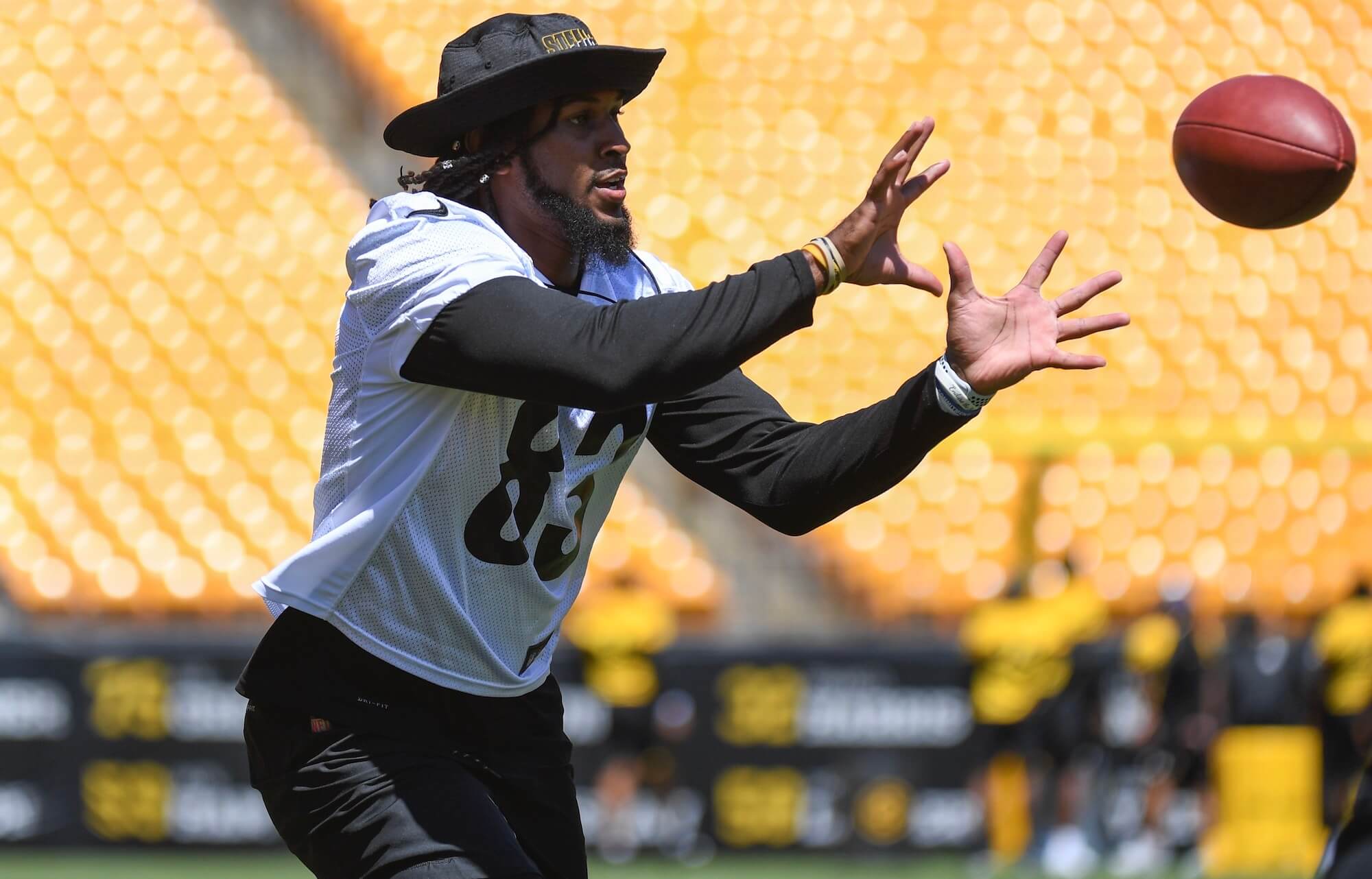 Randy Fichtner is a happy man right about now. Most NFL coaches are as they kick off their training camps around the country.

But Fichtner's smile is a little bigger than most.

He had an opportunity in 2019 to see what life without Ben Roethlisberger was like. And he knows that this season, he'll have the future Hall of Fame quarterback back behind center for the Steelers. Needless to say, it's a good feeling.

But Fichtner also will caution the team when it has its first offensive meeting later this week that just having the 38-year-old Roethlisberger back doesn't mean it's time to relax.

"The very first thing I would tell our group is, knock it up, Ben Roethlisberger is back, and everyone knocks on their desk or else we clap," Fichtner said Wednesday in a Zoom call. "The second thing I'd say, that doesn't excuse every man from doing their job and doing the best they can do because there are going to be 11 of us that will get that done.

"Don't think that I can take a deep breath and say, 'Ah, Ben's back.' That's not the case. That's not going to be the charge. ... What Ben brings to the table is that experience in the red zone, which we sorely missed last year. With young quarterbacks, that can happen. He's seen so many in-helmet perspectives. You're not going to fool him. He's going to throw a touchdown where you're just going to say, 'Wow!' That's what those experienced, top-flight quarterbacks do. I think his abilities on third downs, that's the experience. That's the thing you can't put a value on that he brings to the table."

That's what the Steelers were sorely missing a year ago when Roethlisberger played just six quarters before suffering an elbow injury that required surgery.

The offense, led by a combination of Mason Rudolph and Devlin Hodges, both of whom made their NFL debut last season, went from averaging 26.8 points per game in 2018 with Roethlisberger leading the league in passing yards, to 18.1 with the NFL's 31st-ranked passing attack.

To Fichtner's point, the red zone offense went from being the league's best in 2018 to dead last in the league scoring touchdowns inside the opposing 20. Roethlisberger is one of just two quarterbacks in the league to have a .500 or better record in the past three seasons in games in which his teams trails at halftime, going 5-5 in such situations. Nick Foles is the other, also at 5-5.

For the Steelers, getting Roethlisberger back is a big deal.

Fichtner still had not seen Roethlisberger physically throw a pass in person as of Wednesday morning. But that was going to change in the afternoon when Roethlisberger took the field and tossed the ball around a bit.

"I did not get to see him in the offseason, but I caught glimpses, as I'm sure everybody did, including him getting a haircut," Fichtner said. "I did see him throw on video. I have seen him now that the quarterbacks are allowed to be in the building. We've had some good conversations and some good talking of ball. I believe he is getting ready to maybe go out and throw. It will be exciting just to see that."

This weekend, he'll be able to take field with the rest of the Steelers offensive players for walk throughs as part of the team's conditioning program.

In a year in which the league's schedule has been anything but normal because of the coronavirus pandemic, that's when some normalcy will return for the Steelers.

"That might be the easiest question because normal now means Ben Roethlisberger back in the huddle," Fichtner said. "He's paired up with (Maurkice) Pouncey, David DeCastro, Al (Villanueva), some of the guys up front. That gives you normalcy. With Ben not in there last year, we had others. Just getting back to normal will be looking at a group of mostly experienced players. I'm excited about what this journey, this season is going to bring."

That will be the difficult part of this season. Because of pandemic restrictions, the preseason has been canceled. NFL teams will also have just 14 padded practices in which to get ready for their first regular season game.

The Steelers are holding their training camp at Heinz Field instead of their usual venue, Saint Vincent College. But Mike Tomlin has always had at least one competition period in each practice where the first-team offense faces the first-team defense. It could be a series of third-down situations, or goal-line or two-minute drills.

Those will be critical for the Steelers working Roethlisberger back into the equation and getting him in tune with some of the team's new weapons, including new tight end Eric Ebron and wide receiver Chase Claypool, a second-round draft pick.

"We'll have to take advantage of those game situations that we can present for him against our defense," Fichtner said. "Naturally, the first thing is that we've got to get a feel for where he's at. His body and his arm will tell us. It's not unusual for us to work (him) a day and then work him half a day for rest. He knows that routine. This is a little different kind of routine. Obviously, this is going to be a different kind of camp. We'll have to play that by ear, how he feels and how much wants. A lot of times, he wants it all and we have to back him off. That's a good thing."

But having Roethlisberger back will open up so much of the playbook that Fichtner didn't have at his disposal last season with two inexperienced quarterbacks leading the way.

The Steelers went 8-6 in games started by Rudolph and Hodges, but they stumbled badly down the stretch offensively, scoring 10 points each in their final three games to fall out of playoff contention.

Having a quarterback with 16 years of starting experience and 218 career games under his belt gives Fichtner a lot of options.

"Ben and I have had conversations, he' been exposed to so many things in the 14 years I've been here, all the different things we've done," Fichtner said. "(We'll be able to do) some of the picking and choosing from past years that you know we've had success with that fit the talent that we have with the protection schemes. Ben's a consummate professional and he's been champing at the bit to get back out and play.