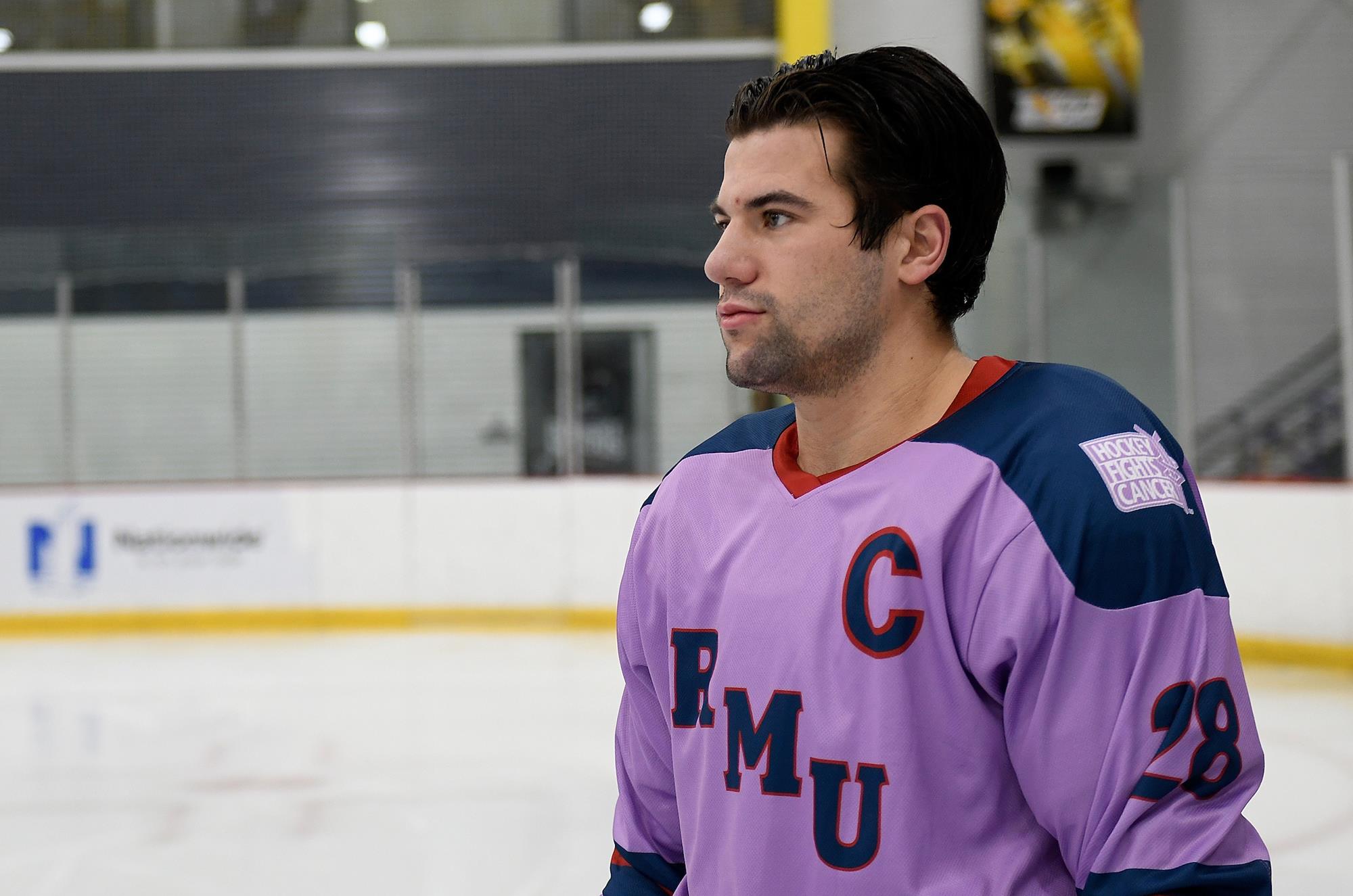 The Nailers have signed gritty Robert Morris center Luke Lynch to his first pro contract, the Nailers announced on Thursday.

"We are pleased to add Luke to our roster," Nailers coach Mark French said in a team release. "Luke has displayed an ability to produce offensively throughout his college career, and at the same time, earn the respect of both his coaches and teammates by being named team captain in his final season."

“He rises when we need him most. His game gets elevated,” Robert Morris coach Derek Schooley said of Lynch this season. “When the stage gets bigger, Luke gets bigger.”

Lynch, 5-foot-11 and 210 pounds, amassed 41 goals and 64 assists in 155 games in his four years at Robert Morris. He's a product of the Pittsburgh Penguins Elite program, and played for the NAHL's Johnstown Tomahawks before playing for Robert Morris.

"All the positives that come with the coaching staff and the organization make me excited to help the team get back to the Kelly Cup Playoffs," Lynch said in the Nailers’ release. "I talked to my brother about it, and he played a big role in getting me to Wheeling. I tend to play more of a net front presence, but I view myself as a 200-foot player, who will do what the team needs day in and day out."