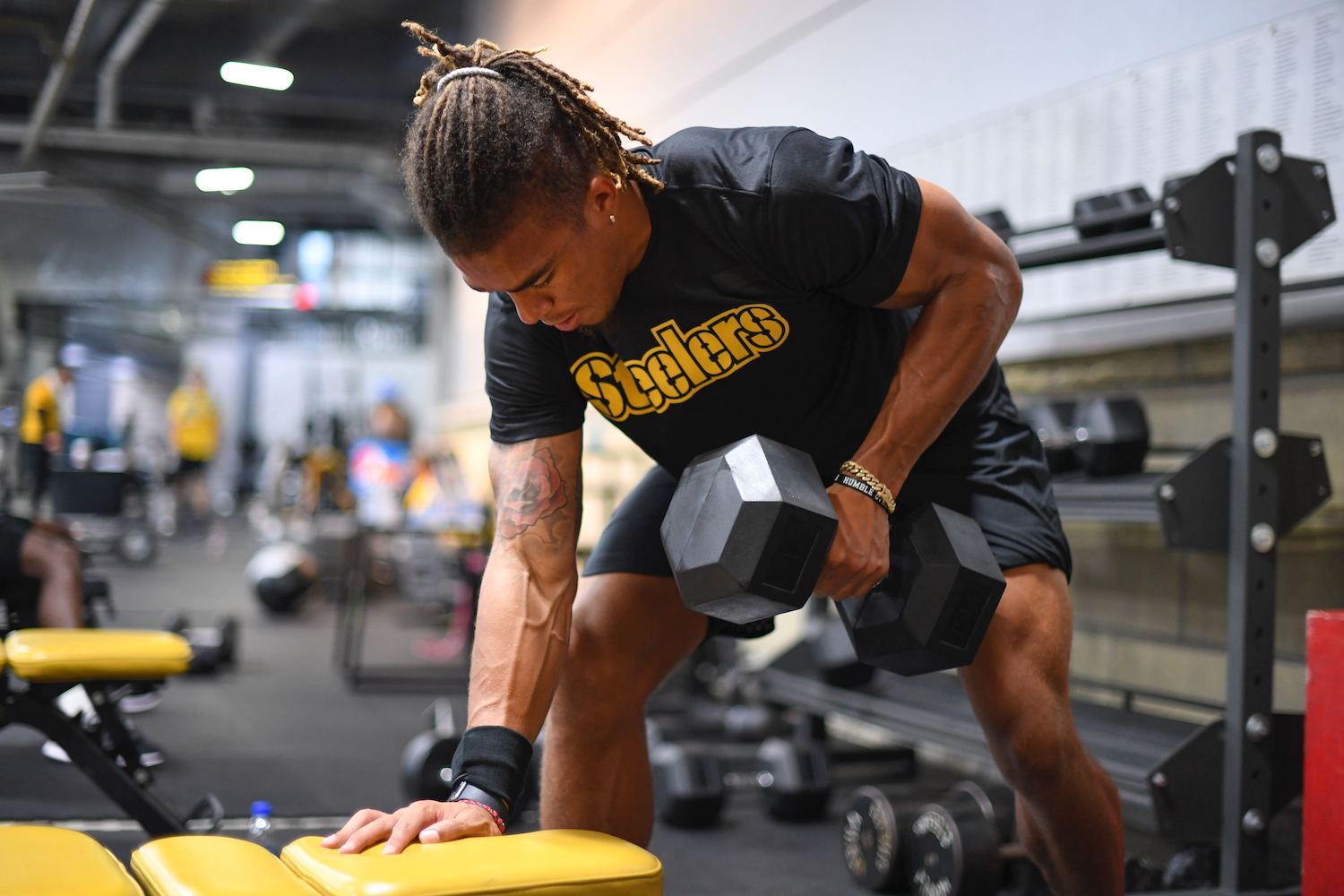 Had the Steelers held their normal offseason programs of OTAs and minicamps, the team would have had a little more than 900 practice snaps to spread around.

Given the way things are divvied up, rookies such as Chase Claypool and Alex Highsmith, the Steelers' top two draft picks, would have gotten around 200 of those on-field snaps each to learn. They would have gotten another 200 at training camp.

Just as, if not more, importantly, they would have been able to talk to the coaching staff and their veteran teammates after each repetition to find out what they did wrong.

As it is, given the practice constraints placed on NFL teams because of coronavirus pandemic practice rules, they'll have just 14 padded practices during which to show the coaching staff they can be contributors in 2020.

That's not a lot of time, especially considering the team must weigh the development of its rookies against getting starters ready to play a full game Sept. 14 when the Steelers open the regular season at MetLife Stadium against the Giants.

With no preseason, the only game the rookies will be playing before the opener will be catch up.

"I think you can make an impression kind of more than just the practices alone, kind of how you carry yourself," said Claypool, a wide receiver taken in the second round of the draft. "I think especially with the limited practices, you kind of have to find ways to maximize the way you make an impression whether it’s being in the weight room or just knowing what to do, maybe even spending some extra time there. That’s kind of my mindset right now."

Right now, the rookies are practicing at Heinz Field without coaches watching. Only the training staff is permitted to be on the field with them, as conditioning is the main focus until Aug. 11. Aug. 12 through 16, the team will begin ramping up toward its full practices and coaches will be permitted to join in.

That means that outside of meetings, the young players, while getting to be around the coaches, are going to have less than a month to show they what they can do on the field.

"I feel good about the level of conditioning I have witnessed thus far," Mike Tomlin said. "In terms of the mental readiness, there just hasn’t been a ton of opportunities to display that at this juncture. We are not breaking the huddle and playing football and executing assignments. Often times, a guy can articulate what it is that you have taught him, but it doesn’t mean that he can execute it."

Highsmith, like Claypool, can't wait to get that opportunity to show the coaches he has soaked in the playbook. The third-round pick, an outside linebacker, feels confident he can execute the playbook at full speed.

"The coaches have done a great job providing me with an opportunity to learn and get knowledge of the defense and special teams as well," Highsmith said. "It’s been a good two months, a good past three months or so. I’m definitely excited to actually be in the building and have face-to-face meetings with coaches because it’s a lot better than doing it over Zoom."

It will be a tough transition. Offensive coordinator Randy Fichtner has been with the Steelers for more than a decade. He's seen some rookies come in and make an immediate impact. He's seen others struggle early learning things but start to click at some point during the year.

But those players also all had a full offseason program during which to build a foundation. The Steelers, however, are going to remain open-minded regarding their rookies.

With 20 of 22 starters returning and no rookies slated to be anything more than a depth piece, the Steelers don't need immediate big-time contributions from their rookie class. But they also aren't going to put restraints on their expectations of the group.

"To be fair, I would hate to put them in that situation," Fichtner said. "I don’t want to put a ceiling on them. (Claypool) is too big, strong and sharp. You never know. The development of all young guys takes some time.

Patience will definitely be a virtue.

It might be difficult, especially for the young guys, as they see their snaps limited to working with other young players. Getting the starters ready to play has to take priority over development in a shortened training camp.

But at least those practices and classroom sessions will be in person, not virtual.

"The work we are doing in person right now is very different than the virtual work," Tomlin said. "Just the physical clues that you pick up as you communicate with people when you are in the same space. The body language. There are more opportunities for feedback, for the players to express understanding, to get further clarification for you as a teacher to feel them and get a sense of their overall intake. We are working in a very different environment. There is a sense of urgency because of the challenges that the circumstances have presented. We are just pushing our way through that."