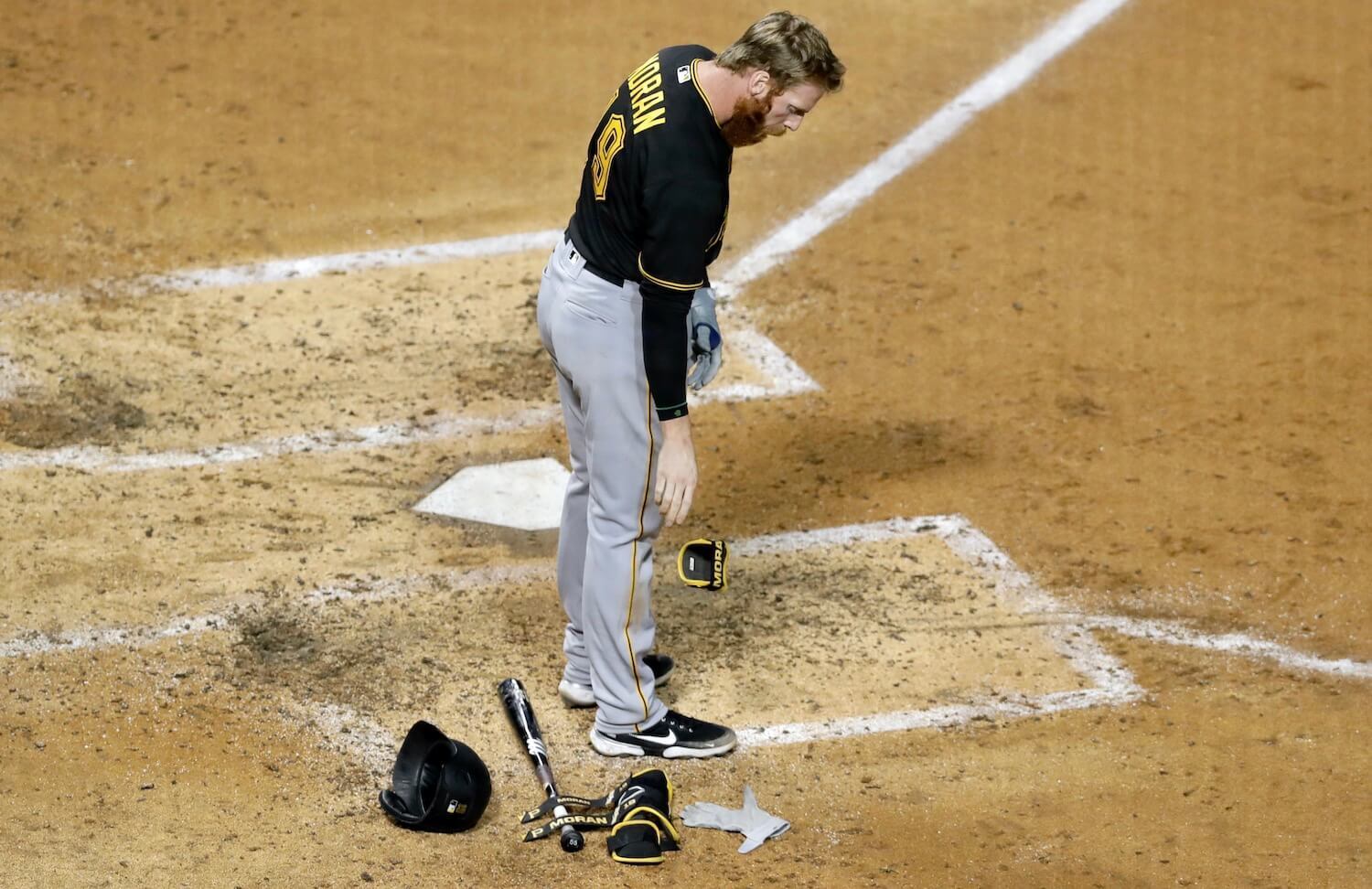 CHICAGO -- While the Pirates' bats showed show some life late Friday night, they mostly struggled again in dropping the first leg of a five-game road trip to the Cubs, 6-3.

After being one-hit Wednesday by the Brewers, the offense had two hits going into the eighth inning Friday. There, they did manage to scrap out a run on a Jarrod Dyson single, snapping a 16-inning scoreless streak, before Josh Bell and Colin Moran went deep on back-to-back Craig Kimbrel pitches in the ninth.

"Tonight, obviously the best swings we took of the night were in the ninth, which was encouraging, especially the middle of our order taking good swings," Derek Shelton said afterward. "Bell and Moran hitting the homers. I thought we hit five balls really hard in the ninth, with the last three at people. That’s an encouraging sign moving forward.”

The offense is looking for any encouraging signs they can find at the moment. Seven members of their lineup Friday currently have a season batting average below .200, with the two exceptions being Moran -- who now has a share of the league lead for home runs with four -- and Cole Tucker, who has been a part-time starter so far. Moran is the only one with an OPS of at least .650.

Bell's home run was his first of the season, getting it over the wall down the right field line despite breaking his bat.

Part of the reason for the Pirates' offensive woes has been the quality of pitching they have faced. That included Yu Darvish Friday, who relied on his three variations of the fastball, especially late in at-bats.

Darvish would strike out seven on the night, allowing just three base runners on a walk and two singles over six innings pitched.

"I think that’s probably the best I’ve seen Darvish in a while," Shelton said. "He had the extra gear tonight that I personally hadn’t seen in previous outings when I saw him live. He was able to go back and get 96, 97 [mph] when he had to. That was kind of the Darvish that I remember of old in Texas."

Despite throwing mostly fastballs, Darvish was still able to mix up velocity and movement, having his heaters range from the low 90s to 98 mph.

"You have guys’ best heater, that’s what we’re supposed to be ready for," Bell said. "We were trying to prepare for 98 [mph] today. Definitely mixed it up. Threw that curveball really well in certain counts. Kept us off-balance. Was able to finish with the fastballs late. It’s a learning experience, and hopefully we catch him again."

The first run was his own doing, walking two and then throwing a drag bunt by Javier Baez into right field in the third inning.

"I didn't get a good grip on it," Williams said. "Should I have eaten it? Probably. Hindsight, probably."

His night came to a close in the fifth after walking Kris Bryant and Anthony Rizzo to start the inning. While he was gifted an out when Jacob Stallings picked off Rizzo, but was still pulled with two outs at 91 pitches.

"As a competitor, I want the rest of it, but I understand the call. I get it," Williams said. "I just walked two batters in a row. Stalls did an incredible job stealing an out on the basepaths. Baez flyout. What's unacceptable is the two walks. It's unacceptable."

Shelton went to Nik Turley, who not only allowed the inherited runner to score, but was charged with his own after walking the bases full and then allowing hit to Jason Heyward.

"We got the matchups that we wanted with Turley," Shelton said. "We just didn’t get the outcome we wanted.”

The Cubs would add two more insurance runs in the eighth off Miguel Del Pozo and Dovydas Neverauskas.

Those runs ended up being more important to the Cubs than initially thought, giving them a bigger cushion to work with in the ninth.

Now the question is this: Will that ninth inning be a spark to get the offense going?

"I feel like it doesn’t take much for us to rally around each other," Bell said. "Not a lot of hits early, but all it takes was one good inning to really set the tone for where we want to go for the rest of the year. Hopefully we get on ‘em early tomorrow, leave no doubt and continue forward."