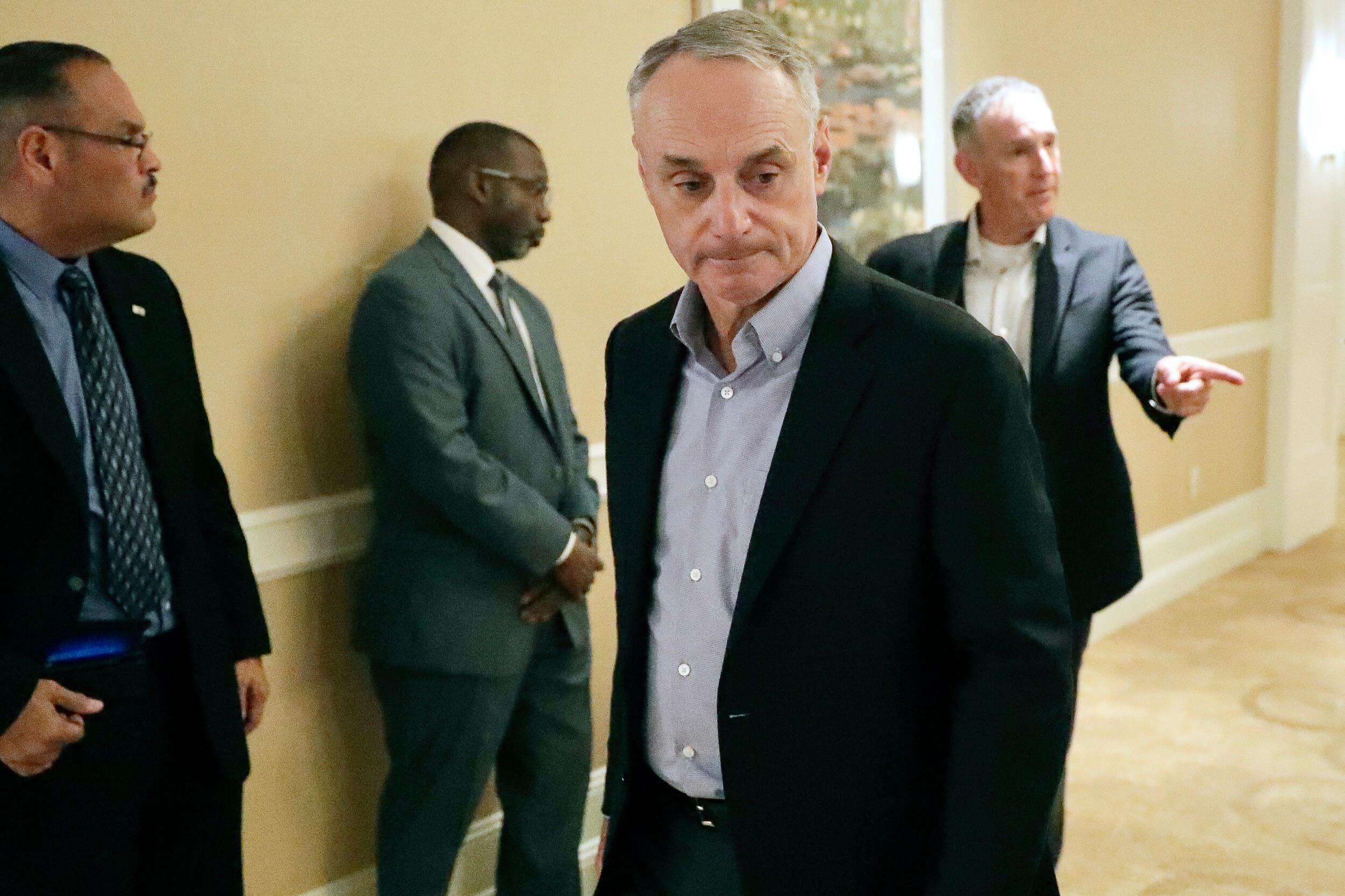 CHICAGO - - One day after Major League Baseball commissioner Rob Manfred told player association director Tony Clark that the season may need to be shut down if COVID-19 cases within in the sport continue to spike, he reaffirmed that, "we are playing" in 2020.

Manfred told Karl Ravech of ESPN, "We are playing. The players need to be better, but I am not a quitter in general and there is no reason to quit now. We have had to be fluid, but it is manageable.”

The first major spike within the sport started last week with the Marlins, who went on to have over half of their roster test positive for the virus now.

The Cardinals became the second team to see a spike this weekend. Two players tested positive Friday, and four more individuals tested positive Saturday. Their games against the Brewers on Friday and Saturday have been cancelled as the league continues to do more testing.

The positive tests in among the Marlins, Cardinals and Phillies, who played the Marlins last week, have impacted many other team's schedules, including the Yankees, Nationals, Brewers, Orioles and Blue Jays. Manfred said the league is committed to playing as close to 60 games as possible.

As for the Pirates, they continue to stay in hotels during the shutdown and follow the league's protocols.

"The truth is we're just doing the best we can," Steven Brault said Saturday. "I'd rather do that and play than be able to go places and be at home waiting for next season."