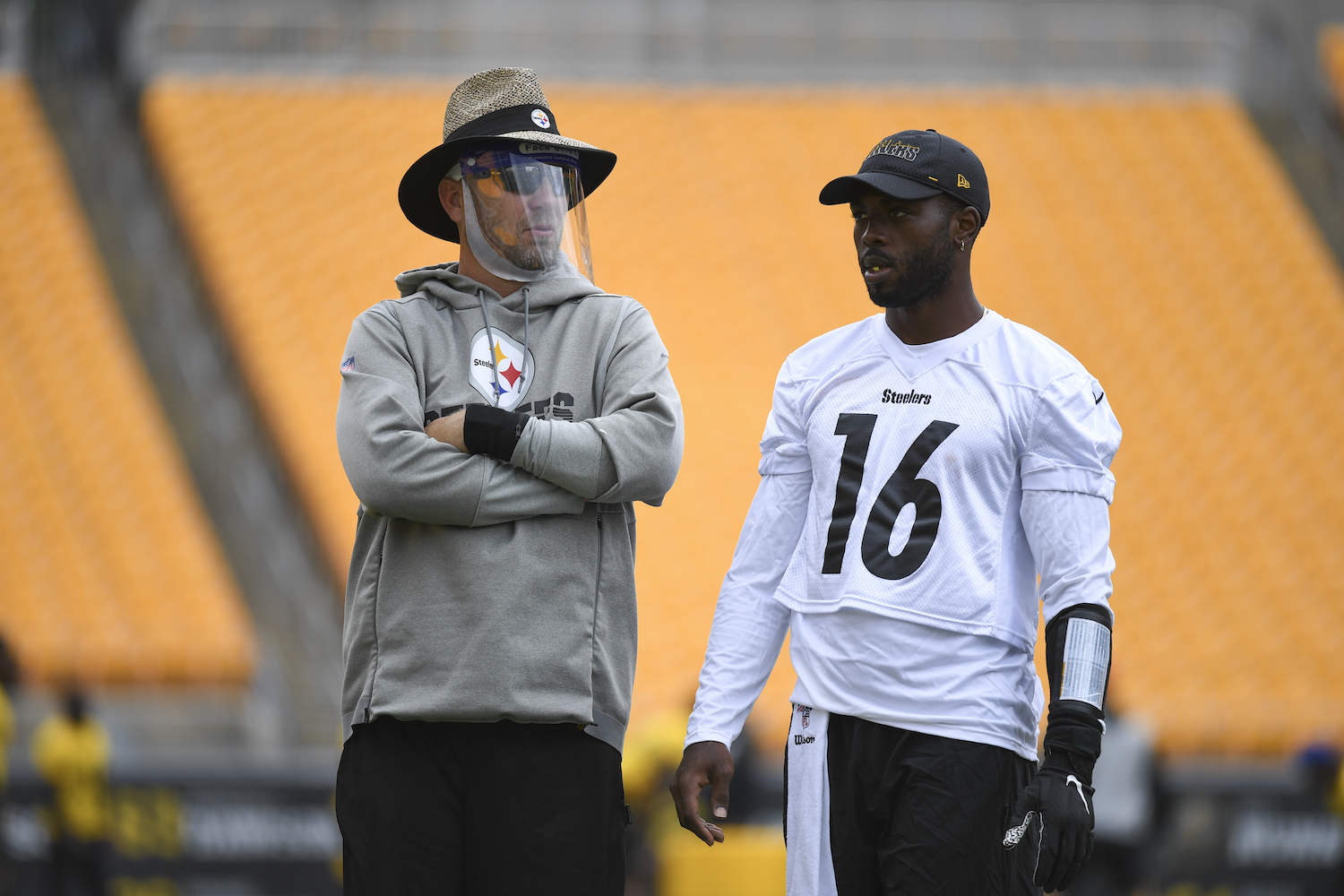 If you don't learn from the past, you are doomed to repeat it.

The Steelers learned something last season to be sure. Having offensive coordinator Randy Fichtner also still be the team's quarterback coach was just too much for one guy to handle -- especially considering how many young quarterbacks the team had on its roster once Ben Roethlisberger was lost just two games into the 2019 season.

Prior to that Week 3 game in San Francisco, the Steelers' quarterbacks had thrown 147 career passes, 128 of them coming from Lynch, who wasn't even on the active roster against the 49ers. And Rudolph had just thrown all 19 of his passes the previous week after taking over in the second half in a loss to the Seahawks.

Fichtner was working hard each week to come up with a game plan the young quarterbacks could execute, which didn't allow a lot of time for him to work the quarterbacks on their footwork or tweaking throwing motion.

That job largely fell to coaching assistant Matt Symmes, who did a credible job, but wasn't going to add a lot to the game plan each week.

And Fichtner is just fine with that.

"Well, I think, obviously, expertise in years of coaching the quarterbacks, years being around offensive football," Fichtner said of what Canada will add to his offensive staff. "Years of being a play-caller and experience being a head coach. It is more knowledge in the room. It is one more opportunity to throw ideas around.

"We started the process a couple years ago keeping continuity with Ben. I would stay as the quarterbacks coach and coordinate. I think it is a big job."

It surely is. And it's one in which the Steelers expect Canada, a longtime college offensive coordinator and former head coach at Maryland, to help.

Roethlisberger is back. So are Rudolph, Hodges and Lynch. The Steelers also added former Ohio State quarterback J.T. Barrett late in the season after Rudolph suffered a serious shoulder injury.

So, unlike last season when they were backing Roethlisberger up without an experienced player after Josh Dobbs was traded to the Jaguars a week before their starting quarterback was injured, the Steelers now have four on their roster with NFL experience.

They won't be in a situation like 2019, when they started two quarterbacks who made their first career start in the same season.

They have been adamant that Rudolph, a former third-round pick who was 5-3 as a starter last season, is the primary backup. But it will be an open camp battle between former undrafted rookie Hodges, 3-3 as a starter last season, Lynch, who has made four career starts, and Barrett, who won a national championship at Ohio State before bouncing around the NFL the past few years, for the number three spot.

"I know that, yes, there’s going to be open competition," Fichtner said when asked about Lynch. "I’m excited about Paxton Lynch and, yes, I do know Paxton. I was at his pro day. I watched him play a lot during the time my son was playing baseball at Memphis, and I follow Memphis all the time. I’ve known and followed his career. I’m excited about his new opportunity for him. He’s as an exciting a guy for me to see where he can go. Unfortunately, we missed those opportunities in the spring, and he’s going to have to make it go quick. And, I think he will."

There is also the potential the Steelers will keep four quarterbacks this season. The Steelers believe in keeping three active quarterbacks on their roster. But with practice squads expanded to 16 players this season as part of the league's COVID protocols,

Some teams are kicking around the idea of keeping a fourth quarterback on the practice squad, but having that player or one of their other quarterbacks stay away from the team facility to ensure they have at least one available if they have players test positive.