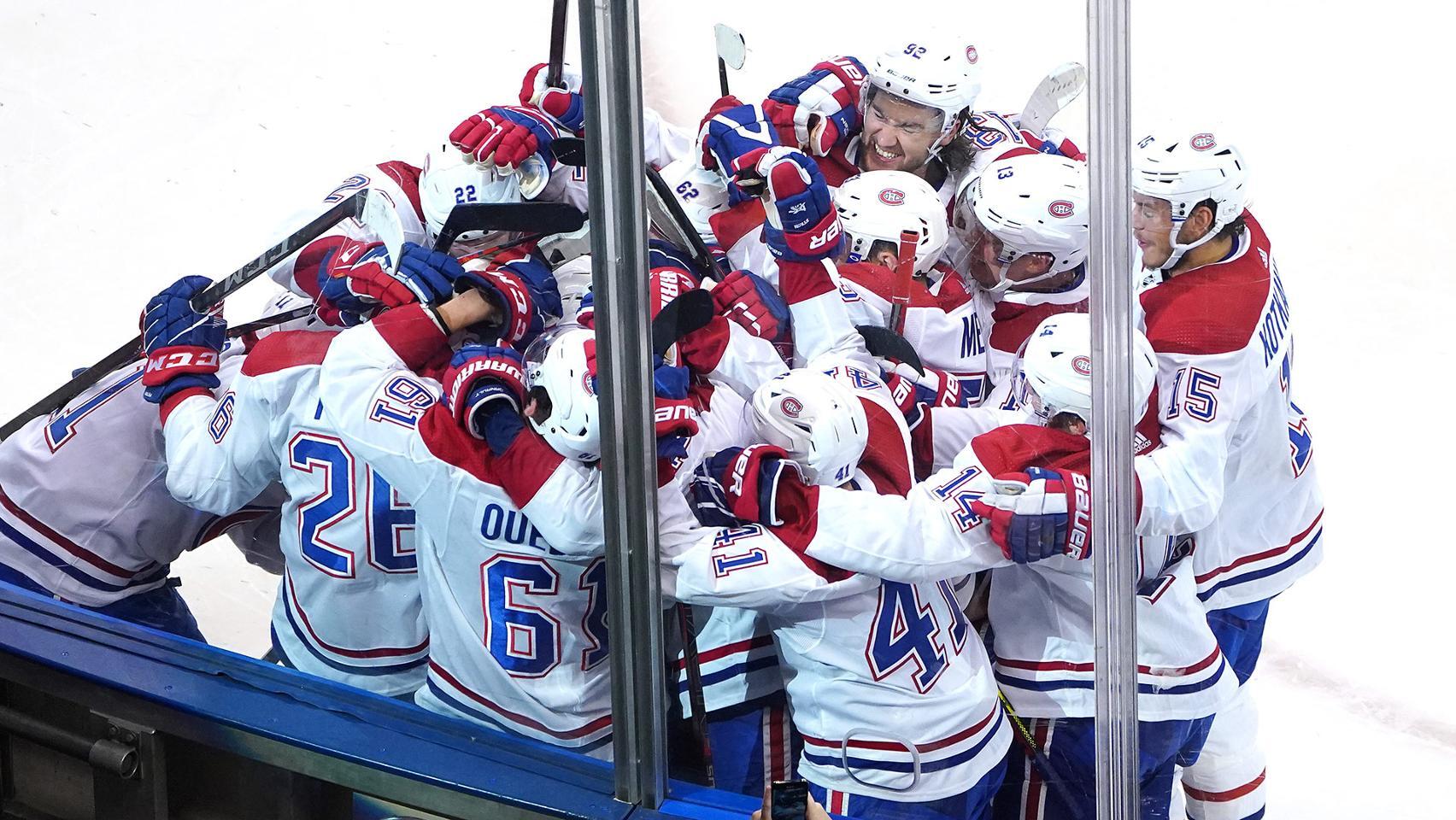 There were a couple of moments in the Penguins' 3-2 overtime loss to the Canadiens in Game 1 of the Stanley Cup qualifying round where they'll surely look back and wonder "What if ... ?"

Right out of the gate, the ice in Toronto was heavily tilted in the Penguins' favor, recording 10 shots on goal to the Canadiens' one in the first six minutes. They weren't able to capitalize on that momentum, and Montreal took a two-goal lead off of a first-period bad bounce from Jesperi Kotkaniemi and a second-period Nick Suzuki goal off of a 2-on-1 that beat Matt Murray glove side.

Sidney Crosby finally beat  Carey Price with a bank shot from below the goal line midway through the second period:

... and then Bryan Rust tied the game by poking a loose puck past price on a power play later in the same period:

But when golden opportunities fell into the Penguins' laps to take a lead in the third period, they failed.

The Penguins received seven power plays to the Canadiens' two in the loss, and they were only able to capitalize on one of them with Rust's goal.

"We had some good looks, some good chances," Justin Schultz said afterward of the power play's struggles throughout the game. "Obviously there's always room for improvement. I think we can do a better job of moving, supporting each other, outworking the PK. But I think we'll be fine."

Of the missed power play opportunities, the most egregious loss was the failed extended 5-on-3 early in the third period.

"I think we probably could have moved the puck a little bit quicker," Rust said of the 5-on-3. "I think anytime you can zip it around a little bit, it gets that penalty kill a little bit. I think we did a pretty good job of trying to get some shots to the net and getting some puck retrievals. But obviously when the puck doesn't go in the net, there's obviously places to be better."

"Obviously it had an opportunity to be the difference tonight," Mike Sullivan said of the power play. "It wasn't. We'll go back to work tomorrow."

Sullivan pointed to more of a net presence, taking away sight lines, as something he would have liked to have seen more throughout the game, including on the power play.

With just 3:03 remaining in regulation, Conor Sheary was awarded a penalty shot. With a chance to give the Penguins the lead with such little time left on the clock, Sheary's shot went wide of the net and Price wasn't even tested:

The Penguins as a whole played a good game. They possessed the puck more than Montreal, they outshot Montreal 41-35, they attempted more even strength shots by a 66-55 margin, and they led in the high-danger shot attempts, 15-11.

But when the Penguins did make mistakes, Montreal was able to capitalize on those opportunities.

The opening goal from Kotkaniemi came after a rough sequence from Jack Johnson. First, Johnson missed an attempt to hit Kotkaniemi:

Then, in rejoining the play, Johnson ran into Zach Aston-Reese and knocked him out of position:

Johnson then pushed Kotkaniemi toward the net as the puck went off of Kotkaniemi and in:

Here it is all together:

The Canadiens' second goal from Suzuki came on an odd-man rush after Brian Dumoulin got caught pinching and lost the puck:

Then after trading chances back-and-forth for the first 13:57 of overtime, Johnson and Justin Schultz were caught off to the side of the net watching the action as Jeff Petry scored the game-winner:

• I thought that Murray was alright. He was a little out of position on that first goal, and the second goal of course went glove-side. Still, he had a few big saves, including one on a short-handed two-on-one shortly before Rust's tying goal.

Sullivan, when asked for his assessment of Murray's game, offered a succinct response.

"I thought he was solid."

• The ice was noticeably bad toward the end of the game, the third game at Scotiabank Arena that day. But players weren't looking to blame the ice for the loss.

"Both teams have to play on it," Schultz said.

• Nick Bjugstad is out for the remainder of the season after undergoing surgery to repair a herniated disc in late May.

• Dominik Simon is sidelined until November after undergoing shoulder surgery on April 29.

• Zach Trotman is being held out this summer with what sounds like a lingering injury.

And for Claude Julien's Canadiens:

Game 2 is on Aug. 3. The full qualifying round schedule can be found here.