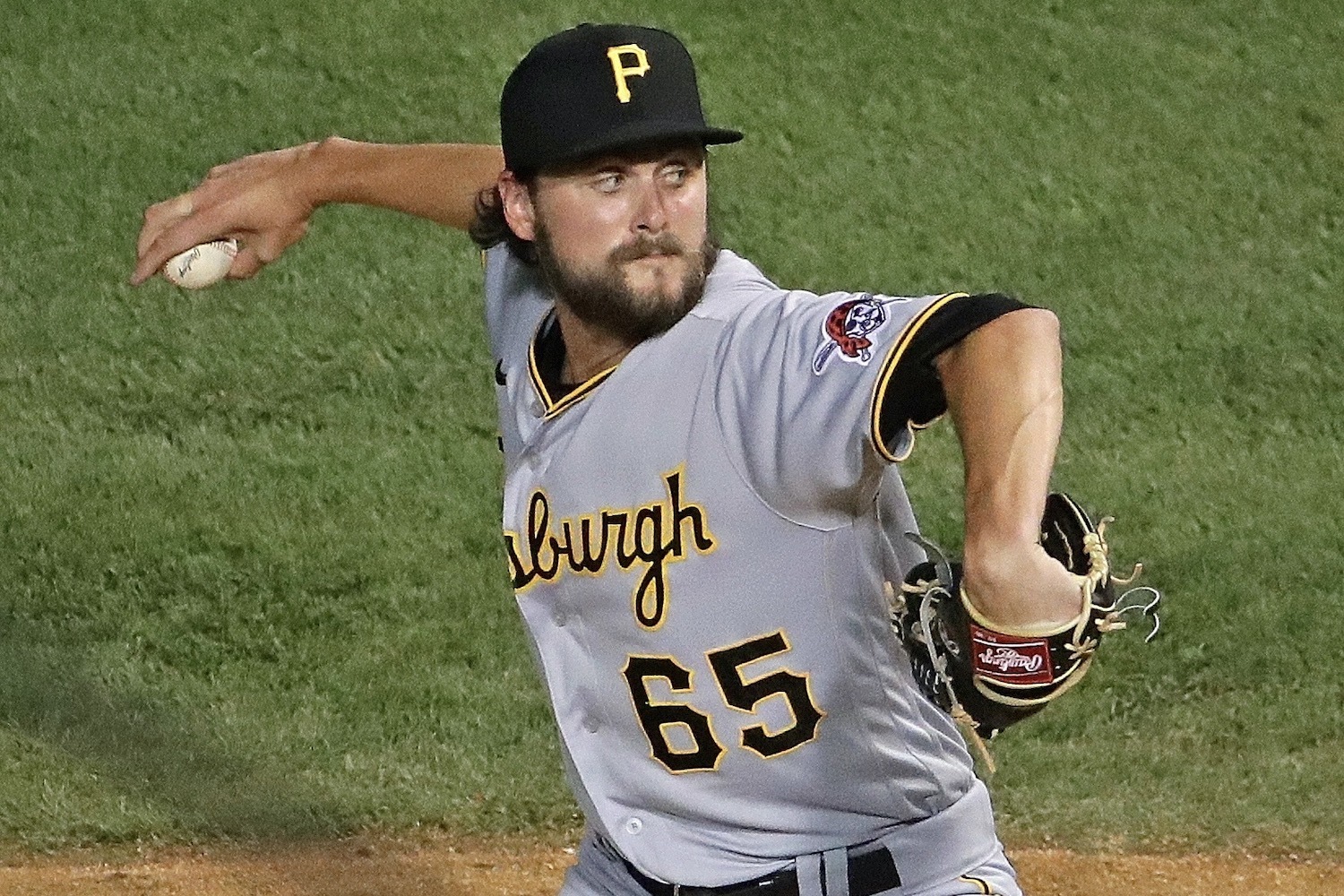 CHICAGO -- Pitcher injuries continue to pile up for the Pirates.

Earlier this week, Kyle Crick (right shoulder) and Clay Holmes (right forearm) were placed on the injured list and closer Keone Kela is still on the IL after testing positive for COVID-19.

The Pirates might be sending more to the IL after their 4-3 loss to the Cubs Saturday. Starter Mitch Keller was removed in the third inning with left side discomfort, then Michael Feliz was pulled in the eighth for what was later classified as right forearm discomfort.

Here is Keller's final pitch of the night, a third inning offspeed pitch that bounced on the grass:

So what happens now?

"I don't think we speculate on anything until we know what the injury is or how we are moving forward," Derek Shelton said after the game. "So to speculate on any of that, we really wouldn't want to do that tonight."

If the Pirates need to place one or both pitchers on the injured list, they brought two arms with them on the taxi squad for this series: Cody Ponce and Sam Howard.

However, if Keller needs to miss time, it will require someone to move into the rotation, especially since the Pirates are just two games in to a stretch of 17 consecutive games. Even if Keller is healthy, it still raises the question of who is next in line in the Pirates' rotation.

One option is JT Brubaker. The Pirates' 2018 minor-league pitcher of the year looked terrific for the second time in as many outings. He pitched three innings, two of the 1-2-3 variety.

"It was a really nice step for him," Shelton said.

Brubaker pitched up to four innings during summer camp, so that seems like a fair assessment to see where how long he is stretched out for. If that's the case, the Pirates could potentially make him one part of a piggyback tandem.

Some of the other pitchers who could potentially go multiple innings include Ponce, Chris Stratton and Robbie Erlin.

"Whatever role, I’m ready for it," Brubaker said. "You guys know that baseball is a game of adjustments. Whatever happens, it happens. I’ll do what I need to do to be prepared for whatever situation it is."

Kuhl went 3.2 innings in his last outing, so he is at least stretched out to as far as Brubaker. Brault was slowly being built back up after a shoulder strain during spring training and was scheduled to go three innings in his first start before rain shut him down after two.

The plan for Brualt going forward is in flux at the moment. He said before the game that he thought he was in a build-up process, which would imply that he could start solo again this year.

"I think we’ll slowly continue to evaluate how he is," Shelton said before the game. "The most important thing is making sure that those two guys stay healthy, as we’ve talked about going forward. I think we’ll work outing by outing on that."

That doesn't necessarily mean Brault will be ready to pitch a full start, but Thursday, Keller's next spot in the rotation, is the scheduled final day of 30-man rosters. The union has requested Major League Baseball extend that window, but if it doesn't, that could still be on the table for the Pirates as a short-term solution.

Regardless, Keller's rotation spot is due up 10 more times this year, and the Pirates have 52 more games remaining on their schedule. So far, they've been bit by the injury bug, and it could start causing roster problems soon.