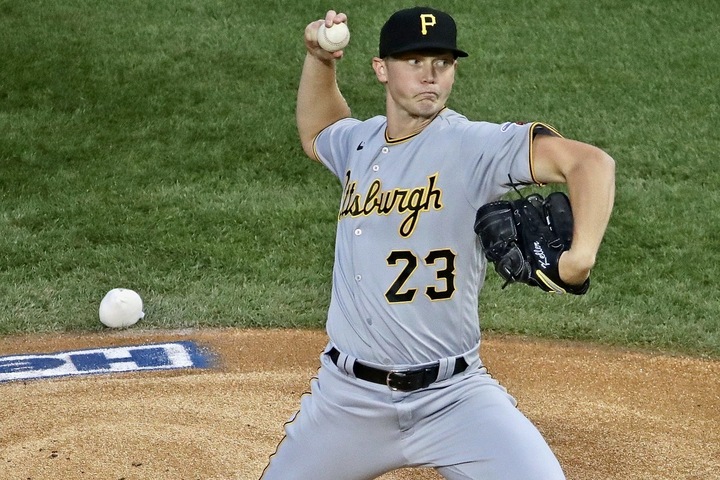 CHICAGO -- Pirates starter Mitch Keller and reliever Michael Feliz were both removed from the game with injuries in the Pirates' 4-3 loss to the Cubs Saturday night at Wrigley Field.

Keller was removed with left side discomfort, and Feliz with right forearm discomfort.

"They're still being evaluated right now," Derek Shelton said after the game. "So I think we'll probably have more information tomorrow [Sunday]. As these things happen, the first night, we have to make sure they get evaluated."

Keller's 51st pitch of the night bounced on the grass, and it turned out to be his last. Keller signaled to the Pirates' bench after he threw it to bring head athletic trainer Bryan Housand to the mound. After a short conversation between him, Housand and Derek Shelton, with the infield joining in, Keller exited, grabbing his left side.

Keller had allowed two runs on two home runs over 2 2/3 innings. Both of those home runs came in the third: One to Ian Happ and the second to Javier Baez. The Cubs were making hard contact all night.

He was having a hard time locating pitches over the course of the night, and was visited by pitching coach Oscar Marin shortly before injuring himself.

In his first start in St. Louis on July 26, Keller's fastball velocity was significantly down, sitting in the low 90s. While it returned closer to normal during his bullpen session this week and at the beginning of Saturday's start, hovering in the mid- to upper- 90s, it started to trend down to around 93 mph towards the end of the third inning.

Shelton said what happened Saturday was an isolated incident and not related to his first start.

Keller, the team's top pitching prospect, earned a spot in the opening day rotation as a rookie this season. He tossed five scoreless innings and got the win in his first start of the season against the Cardinals.

Feliz was pulled after three batters and allowing two runs on a Kyle Schwarber homer in the eighth. Jacob Stallings waved to the dugout after Feliz allowed a single to Willson Contreras, and he exited after a short mound visit.

"I think he saw something," Shelton said. "Usually catchers have the best vantage point for something like that when it happens, and I think he saw it and called the trainer and Oscar and I out."

The Pirates brought two pitchers -- right-hander Cody Ponce and left-hander Sam Howard -- with them on this trip as part of their taxi squad, so they could be activated if either ailment required a stint on the injured list.

Ponce, 26, was acquired during the 2019 trade deadline for Jordan Lyles and has yet to reach the majors. Howard, 27, was claimed off waivers last offseason.

Both players are already on the 40-man roster and would not require a corresponding move.

Nothing is set for how the Pirates will approach the injuries or situation.

"I don't think we speculate on anything until we know what the injury is or how we are moving forward," Shelton said. "So to speculate on any of that, we really wouldn't want to do that tonight."