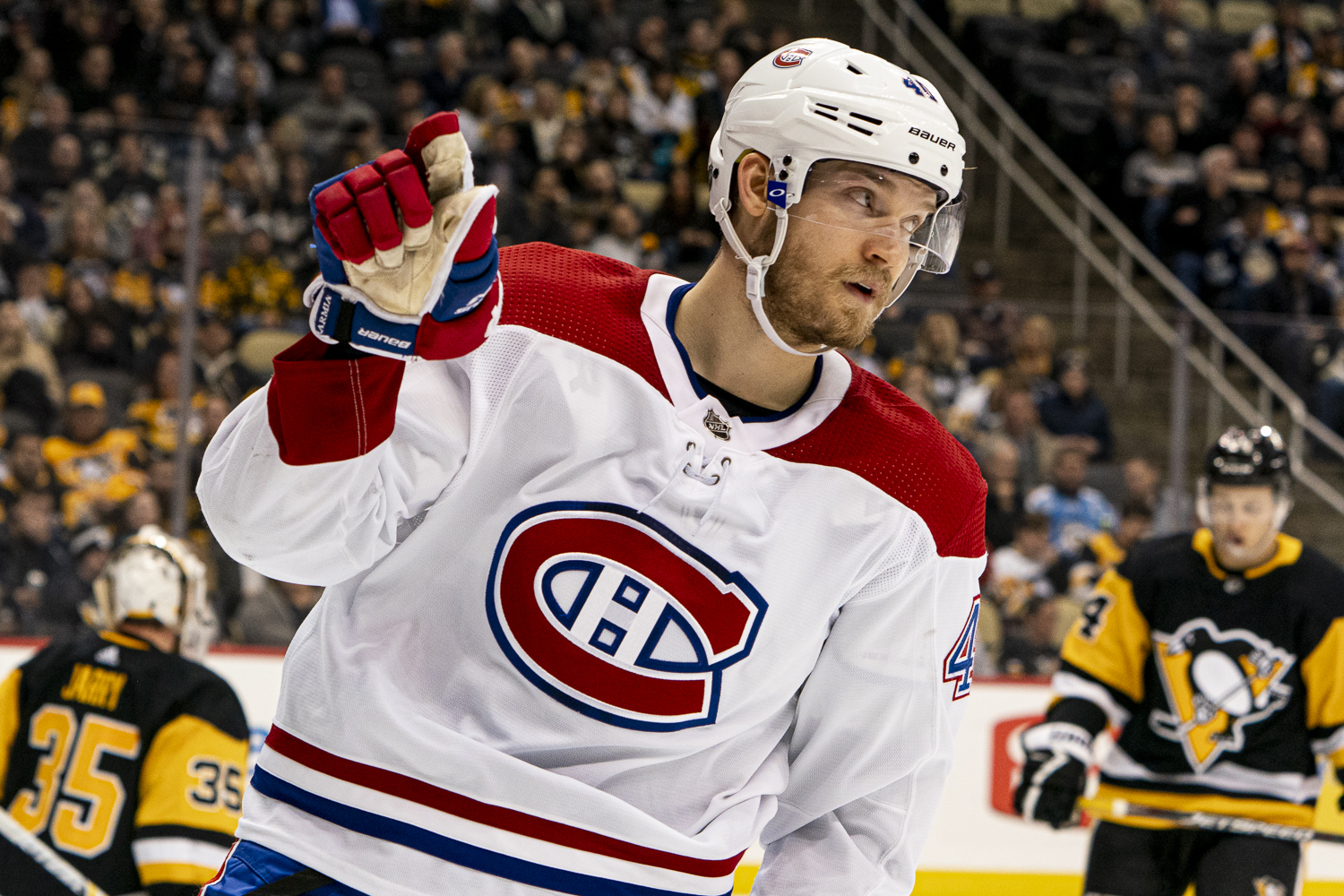 The problem was not that Tristan Jarry's franchise-record shutout streak ended during the second period Tuesday night. Hey, it couldn't last forever, and 177 minutes, 15 seconds is a pretty nice run.

No, the real issue is the other two shutout streaks -- OK, they were more like smudges -- that Jarry had during that period. The ones that lasted 3:53 and 3:28.

When you cram more than one or two shutout streaks into a 20-minute span, things probably aren't going to turn out well. Which they most certainly did not for the Penguins in what became a 4-1 loss to the Canadiens at PPG Paints Arena, although there was no consensus on what allowed a 1-0 lead to mutate into a three-goal defeat, their first regulation loss on home ice after an 8-0-2 run that began on Oct. 29.

Jake Guentzel endorsed a suggestion that they played too much east-west hockey.

But Mike Sullivan offered a more basic, biting assessment of what went wrong for his team after the first intermission.

"I didn't think we had enough guys going tonight to get the job done," he said. "A lot of the game was played in the battle areas -- it was in the trenches -- and you've got to get your nose over pucks. You have to be willing to fight and protect pucks, and I don't think we won enough of those (battles). Especially in the second period."

The game had begun well enough for the Penguins, as Guentzel was presented with a nearly empty net after he and Bryan Rust got what effectively developed into a two-on-zero rush against Montreal goalie Carey Price.

It might have been the easiest of the 17 goals Guentzel has scored this season -- and possibly the easiest he will get in this decade -- but it also proved to be the only one Price gave up.

Montreal was effective at forcing the Penguins to expend a lot of effort and energy to get into the attacking zone once it had taken a two-goal lead, and anytime they did manage to generate a serious scoring threat, Price was able to snuff it.

"When you have a goalie like that, it's always tough to score one or two goals on him," Letang said.

The Penguins' coaches surely will review video of this game, but it probably won't require a detailed analysis to figure out what led to the Montreal goals.

The first -- during a Canadiens power play created by an offensive-zone slashing penalty by Evgeni Makin -- came after the Penguins botched a chance to clear the puck from their zone.

"It was a bobbling puck, bounced over three of our guys," Letang said.

The game-winner resulted after Letang failed to corral a bouncing puck in the neutral zone, only to have Joel Armia collect it and go down the right side, fending off Letang along the way, before throwing a shot past Jarry to put Montreal in front to stay at 16:17 of the second.

Shea Weber got Montreal an insurance goal just 14.5 seconds before the second intermission, after he went wide to get around defenseman John Marino before scoring on a wraparound. Backhanded, no less.

While Weber owns one of the most feared slap shots in the NHL, he usually isn't much of  a threat to take the puck to the net, let alone to skate around it and tuck a puck inside the far post.

Not on actual ice, anyway.

Perhaps that's why Jarry seemed unprepared for Weber's move. He was too busy being born in 1995 to spend much time playing video games then.

Montreal's second-period rampage more than offset a solid, if unspectacular, performance by the Penguins during the opening 20 minutes. Their play then could have provided a template for beating the Canadiens if they hadn't strayed from it.

"Everyone in the league is good, so you have to be good every period," Dominik Kahun said.

So the Penguins squandered two points they almost surely will wish they had when the final push for playoff spots and seedings begins.

Still, as Guentzel noted, these self-inflicted setbacks have been rare for them in 2019-20.

"It hasn't happened very much where we beat ourselves," he said. "I think we're playing well. For us to do this tonight, it's just one where you have to forget it."

Lest it become the start of an unpleasant streak.

• Guentzel's goal came on his only shot of the game. He now has five goals on eight shots in five career games against Price. Guentzel, hardly one to seek the spotlight, seemed to make a point of hanging around the locker room after a disappointing game to speak with reporters. That kind of thing suggests he is growing into a leadership role.

• Canadiens forward Riley Barber, the Washington, Pa. native who was making his Montreal debut, logged 12 minutes of ice time and was credited with two shots and two hits.

• Jarry's shutout streak broke the team record of 173 minutes, six seconds that had been held by Tomas Vokoun.

• The teams were credited with a total of 50 hits, including 27 by the Penguins, during the first period. Montreal finished the game with a 67-53 edge.

• Chad Ruhwedel, who missed practice Monday because of illness, was back in the Penguins' lineup. He played 15 minutes, 24 seconds and recorded two shots and four hits.

And for Claude Julien's Canadiens:

The Penguins will practice Wednesday at noon in Cranberry before facing Columbus Thursday 7:08 p.m. at PPG Paints Arena.