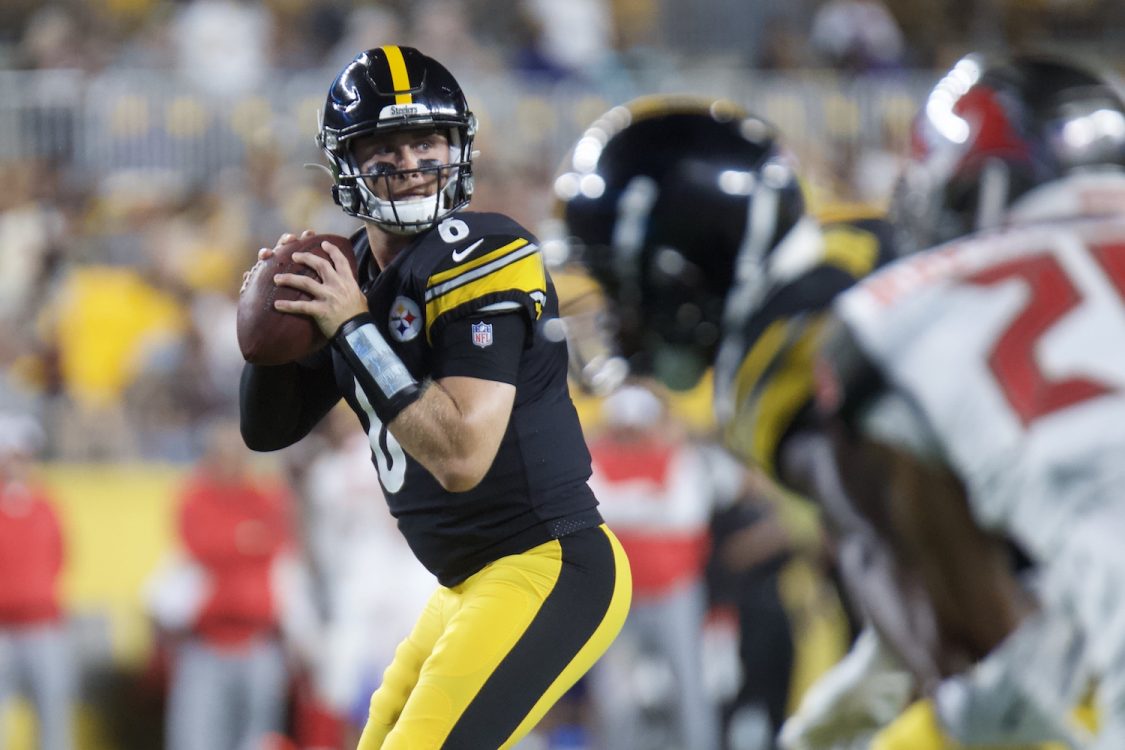 The Steelers are obviously a little concerned about the hip injury to linebacker T.J. Watt. So much so, in fact, they're going against their usual beliefs.

With Watt nursing a hip injury suffered in the fourth quarter of Sunday night's 33-3 loss against the Patriots, the Steelers signed linebacker Jayrone Elliott to their active roster and added quarterback Devlin Hodges to their practice squad.

The Steelers have traditionally been a team that has three quarterbacks on their active roster and both GM Kevin Colbert and head coach Mike Tomlin have said the organization believes in building a roster in that fashion.

Elliott, who was signed by the team late in training camp, replaces quarterback Josh Dobbs on the 53-man roster. Dobbs was traded to the Jaguars on Monday for a fifth-round draft pick.

Elliott, a Toledo product, has appeared in 38 career games, all with the Packers. He's made 57 career tackles and recorded four sacks. Elliott, 27, appeared in the Steelers' final preseason game, a loss against the Panthers, recording a strip sack and recovered fumble that he returned for a touchdown.

He was among the releases when the team trimmed its roster to 53 players.

Hodges also was released at the end of the preseason. He initially made the Steelers' 90-man offseason roster as a rookie minicamp tryout. A record-setting quarterback at Samford, the rookie appeared in three of the Steelers' four preseason games, completing nearly 53 percent of his passes for 190 yards, two touchdowns and one interception.

The Steelers lost linebacker Tuzar Skipper, who initially made the 53-man roster coming out of the preseason. He was released Saturday to make room for receiver Johnny Holton on the active roster and was claimed on waivers by the Giants.