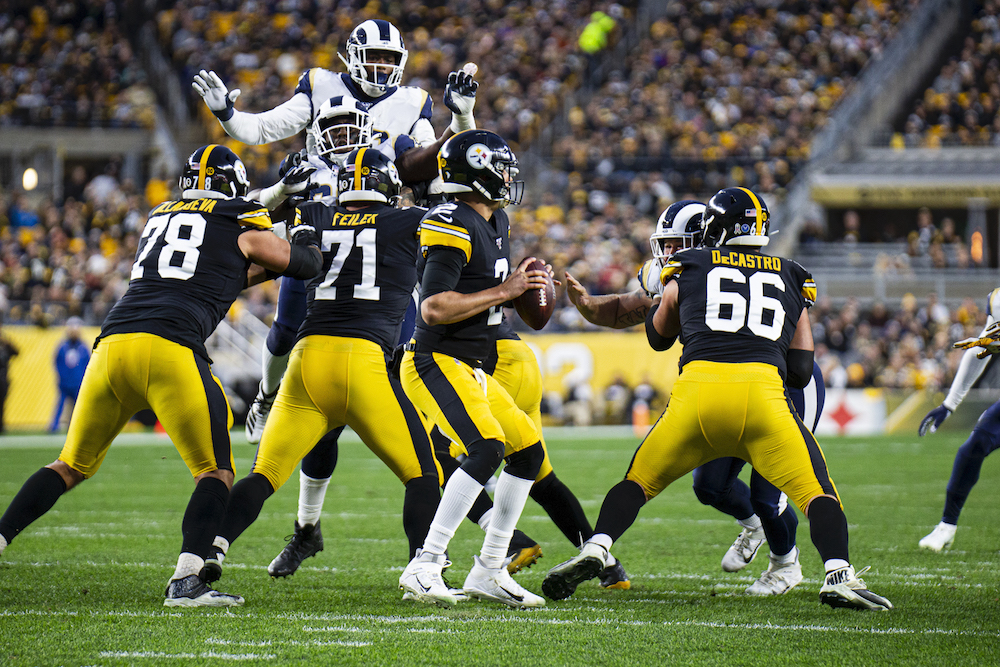 "The defense has been phenomenal. It's been inspiring to watch them."

This was Alejandro Villanueva. He's an honorable man, and I don't mean that just by how he's lived his life, both in football and through three tours of Army combat in Afghanistan. I mean it also in that he's a truth-teller. He speaks fearlessly and filter-free.

In this case, with the Steelers surviving the Rams, 17-12, on the eve of this Veterans Day at Heinz Field, you'd better believe he'd stay my go-to for what was really real about this.

And sitting on the stool in front of his stall, hands clasped and staring downward as if immersed in thought, he pardoned my interruptions and began with what's above. Which was perfect. The defense was phenomenal. The defense was inspiring. Two picks. Four sacks. Fumble recovery for a touchdown. Minkah Fitzpatrick. Joe Haden. T.J. Watt. Everyone involved.

It's special. What we're witnessing right now, all of us, is precisely that.

That's when Villanueva got to the really real.

"As an offense ... look, we've had a lot of injuries. Important injuries," he'd proceed. And it's telling that he'd address the losses of Ben Roethlisberger, James Conner, Ramon Foster and other vital pieces to his side of the ball. Not many can do that without it sounding like excuse-making. He can. "So we're out there, working hard, trying to get better each week. It's been a lot of learning, a lot of drinking from the fire hose."

And Q, a sip of success. Because the fact is, for all else that went awry this patchwork, popgun offense, when it was most needed, with the Steelers up by two points midway through the fourth quarter, the offense did methodically march 65 yards on 14 plays spanning eight long minutes ... for a field goal.

Yeah, a field goal. Modest stuff. But it brought a five-point lead that forced the Rams into fighting toward a touchdown and, probably more pivotal, offered the Steelers' exhausted defense an opportunity to sit among the oxygen masks.