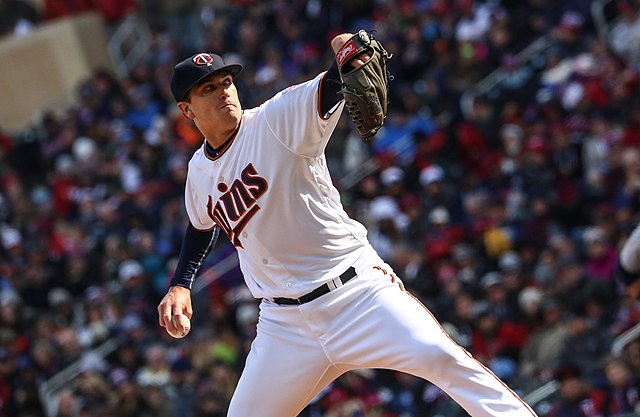 The Pirates, like many teams, will be looking for pitching this offseason. It is hard to imagine them competing in 2020 without adding a legitimate arm into the mix, and while they can dream of someday having a pitcher like Gerrit Cole, they have to be more realistic.

Like always, they have to spend their money wisely and find value players. Pitchers with good peripherals that should help them overcome mediocre results, need a mechanical tweak or had health problems.Simply put, they need to find a No. 2 or 3 starter for the price they would pay a No. 4 or 5. Fortunately for them, this year's pitching class is not as top heavy as it has been made out to be. While this is hardly an exhaustive list of all the starters the Pirates could end up considering, this Mound Visit will focus on some of the most undervalued free agent pitchers available.

To be clear, there is no indication the Pirates are interested in any of these pitchers at this time. They may never be. Interim general manager Kevan Graves will not be allowed to make a splash in free agency, so there is no way a player can be connected to the team until the next GM is hired. This is just an examination of some pitchers who will not get as much fanfare but can still make an impact for their new team.

Gibson was considered a candidate for a qualifying offer, but the Twins opted to not extend it to the 32 year old. To be fair, $17.8 million is a large sum of money to give to a pitcher who finished with a 4.84 ERA.

Gibson was once considered one of the top pitching prospects in the game, and while he has not lived up to those lofty expectations, he had carved out a nice career as a ground ball pitcher through the 2017 season. Things started to change for him in 2018 and he started getting more whiffs and strikeouts than ever before, elevating himself into an impact player.

However, Gibson had some health problems in 2019. He dealt with gastrointestinal issues during spring training due to E. Coli he contracted while volunteering in the Caribbean. He dealt with inflammation all season long and started losing weight rapidly in July. He was eventually placed on the injured list on Sept. 1 with ulcerative colitis. The ailment made it difficult for him to sleep, which was a big reason for his drop-off in August and September.

But before that drop-off, Gibson was having a fine season. Let's take a look at his stats through Aug. 3 compared to his 2018 campaign:

His ERA and xwOBA were a little higher, but basically every other metric is right in line with his breakout 2018 season, if not a bit better. Gibson's legs gave out in the dog days of August because he was not sleeping and he was lighter than usual. It was a freak illness that was bad for his market but good for teams looking for a value priced middle of the rotation arm.

Gibson is going to be an interesting case in this winter. Even after a rotten finish and a down year overall, he is still one of the top free agent pitchers available. A two year deal worth about $20 million would be the most likely outcome, but he could be a candidate to take a one year, "show me" contract so he could go for a bigger multi-year deal next winter. It also seems just as plausible that he tries to get a third year now, even if it means a lower AAV. Would a team even offer him that third year given his age and Tommy John and shoulder injury history?

But consider this: Steamer projects Gibson to be worth 2.9 fWAR in 2020. Zack Wheeler, the most desirable starting pitcher on the market besides Cole and Stephen Strasburg, is projected to be worth 3.1 WAR. FanGraphs' crowdsource forecasts Wheeler to get a four year, $72 million deal and Gibson a two year, $20 million contract. Which one would you rather have at those prices?