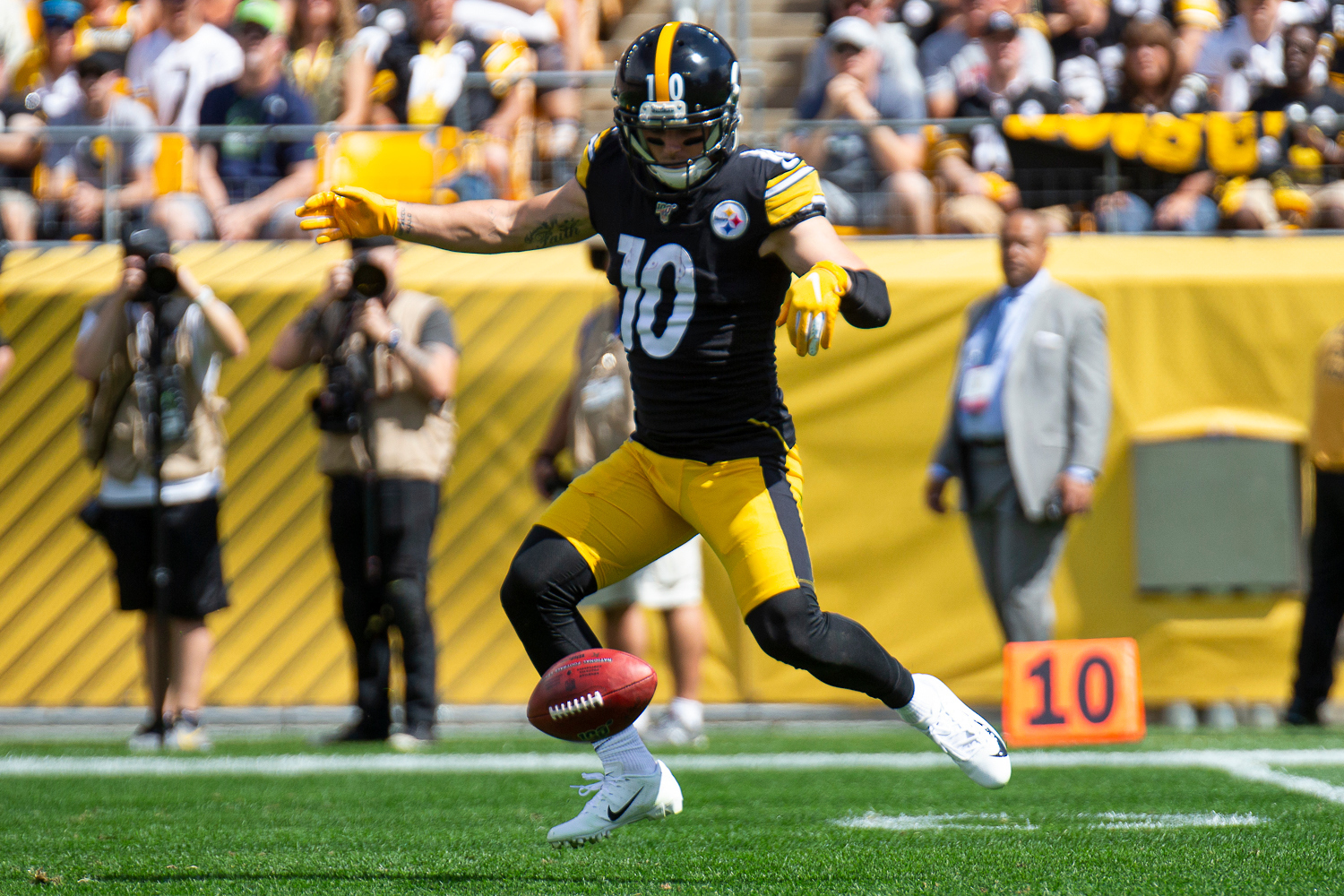 We knew Ryan Switzer (back) and Roosevelt Nix (knee) wouldn't play Thursday night against the Browns in Cleveland — and now they're both headed to the Steelers' reserve/injured list, the team announced.

In a concurrent move, the Steelers promoted wide receiver Tevin Jones and signed linebacker Jayrone Elliott to the 53-man roster.

Even if Switzer was fully up to his 2018 form, however, losing Nix just might hurt the Steelers more. He's appeared in three games in 2019 as he battled a knee injury, but the Steelers have had some of their strongest showings running the ball in those contests. Notably, the team put up 158 yards on the Dolphins in Week 8 and 90 yards on the Colts in Week 9 — both victories — with Nix helping pave the way for the rushing attack.

On the season, the Steelers are averaging just 83.2 yards per game on the ground, 27th in the league. That task won't get any easier with Nix out.

Jones, meanwhile, signed a reserve/futures contract with the Steelers in January of 2018 and made a push for the active roster this offseason before ultimately landing on the practice squad. At the University of Memphis, Jones made 27 starts between 2011 and 2015, tallying 90 career catches for 1,215 yards and nine touchdowns. Most appealing to the Steelers, however, is the fact Jones was also used heavily on special teams in college, blocking two punts and returning a punt for a touchdown during his time with the Tigers.

Elliott makes the quick turnaround back to the Steel City, as he was recently released on Oct. 31 after briefly filling in for Anthony Chickillo. Elliott has appeared in four games for the Steelers this year, registering one tackle in 62 total snaps between defense (14) and special teams (48).

Share
Tweet
Email
Numbers prove it: This beastly Steelers defense is just getting better
Sunday’s Best: That was … unpredictable