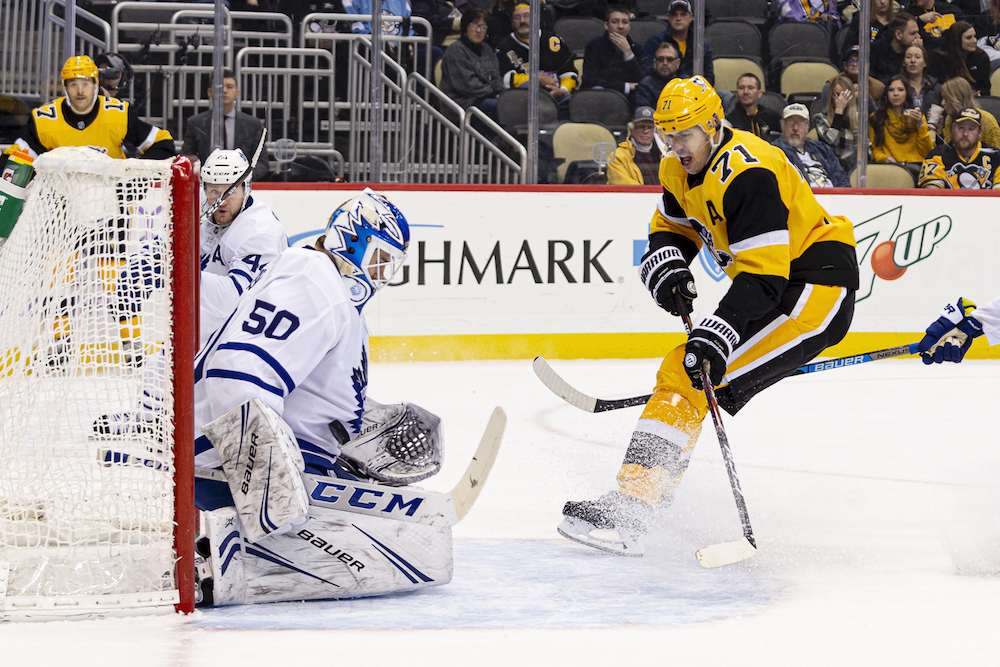 It used to be known as 'Ruslan Fedotenko hockey' around here.

That was Dan Bylsma's playful pet phrase for the Penguins a decade ago, and it stemmed from the simplest of concepts: Fedotenko, a tank of a winger who came with a touch to match, would plow a wedge through the opponent with a straight-line forecheck and, in doing so, he'd carve out all kinds of space for anyone who followed.

Most often, that was Evgeni Malkin.

And man, he loved it. Really, for as long as I've known him, I've never seen him light up at the mention of a former mate quite like he does for Fedotenko. In part because they're still buds, but probably more because, on the ice, Fedotenko ... he just got it. He understood that what came naturally to him blended beautifully with what Malkin does best.

I mentioned this to both of Malkin's current linemates late Saturday night following the 6-1 mauling of the Maple Leafs at PPG Paints Arena and, although Fedotenko predated Bryan Rust and Jake Guentzel by plenty, they definitely got it, too.

Meaning why that plow-a-wedge effect works for Malkin.

"I think if Geno has guys playing north-south, if you push that defenseman back, you can make that room for him behind you," Rust told me. "So then, if the puck gets back to him -- which it usually does -- he'll have a little more time, maybe pull up and look for a trailer, maybe take it to the net himself. But it's up to him."

Rust raised both eyebrows and added, "Kinda like his goal tonight."

That was 8:44 after the opening faceoff, bringing a 2-0 lead, and it also brings home all of the above: Rust bursts down the vertical middle of the ice, backchecked in vain by Toronto's Andreas Johnsson even as he forces both defensemen, Jake Muzzin and Tyson Barrie to back off the blue line.

In fact, Muzzin's sent so far out of orbit by Rust that he never even has a chance to tripod around and skate backward, as he's supposed to. Instead, he chases Rust all the way below the goal line, which is about as decisive a wedge triumph as one will ever witness.