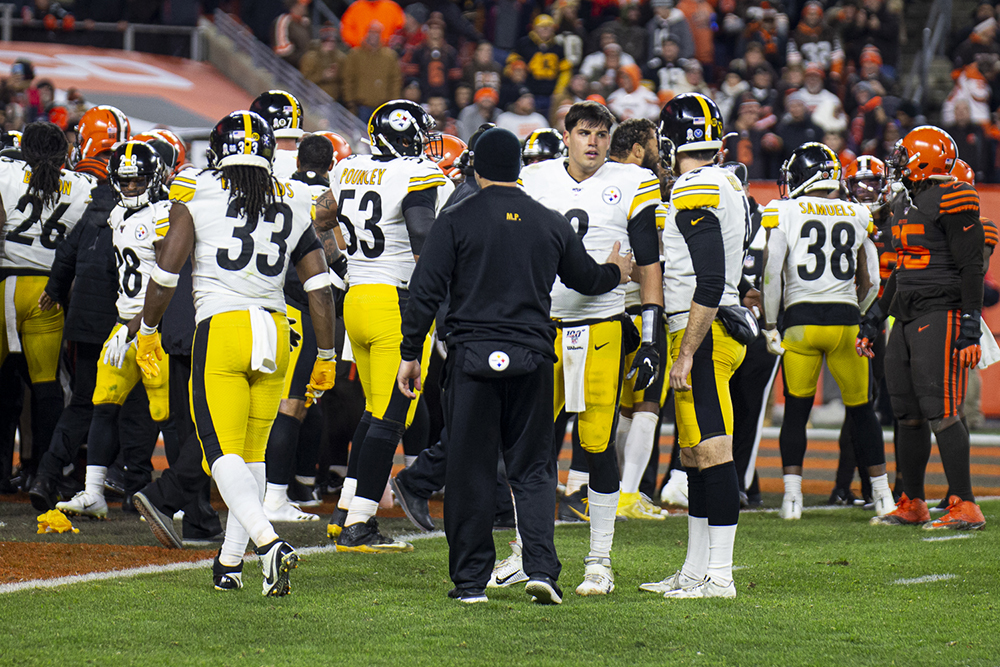 The NFL will not make the three players suspended for taking part in the melee that occurred at the end of the Steelers' 21-7 loss at Cleveland against the Browns Thursday night wait long for rulings on their appeals.

According to an ESPN report, the rulings on appeals for Browns defensive linemen Myles Garrett and Larry Ogunjobi and Steelers center Maurkice Pouncey will be announced Wednesday after the players meet with jointly appointed officers Derrick Brooks and James Thrash earlier in the week.

Garrett received an indefinite suspension for ripping the helmet off Steelers quarterback Mason Rudolph and then hitting him over the head with it.

Ogunjobi received a one-game ban for running into the melee and shoving a helmetless Rudolph to the ground from behind.

Pouncey was suspended three games for punching and kicking Garrett after he had been taken to the ground by teammate David DeCastro after his attack on Rudolph.

All three players appealed their suspensions on Friday after they were announced.

More fines will be announced later in the week for other players involved in the incident, which happened in the closing seconds of the game at FirstEnergy Stadium. A number of players from both teams will be fined for leaving their bench areas.

It wouldn't surprise me to see Ogunjobi's one-game suspension retracted and Pouncey's reduced from three games to two.

But I don't see any reduction coming for Garrett, other than perhaps Brooks or Thrash ruling that it will run through the remainder of this season instead of being indefinite.

The fines handed out later in the week could include more than a dozen players who ran in off the sideline.

The Steelers travel to Cincinnati to play the Bengals next weekend, while the Browns play the Dolphins. That, of course, sets the stage for the rematch between the Steelers and Browns in two weeks at Heinz Field.