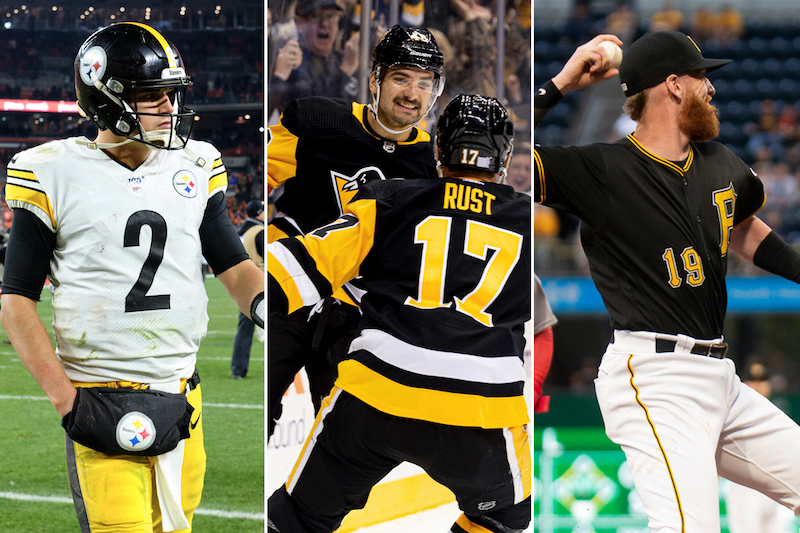 When it comes to evaluating a young quarterback, context is everything. And frankly, the context for Mason Rudolph in 2019 has been lousy.

During what amounts to an extended audition to be Ben Roethlisberger's successor, Rudolph hasn't had much support. The offensive line that shielded Roethlisberger so well and extended his career has declined, leaving Rudolph to deal with a collapsed pocket. He suffered a concussion. The skill position players have suffered myriad injuries--to the extent that the second-year passer's top options late in the Browns game were James Washington, a creaky Vance McDonald and a still-mending Jaylen Samuels. Rudolph hit rock bottom in Cleveland, throwing four picks and posting the worst single-game passer rating (36.3) for a Steelers quarterback with 25+ attempts since 2006.

He was having a bad night, even before Myles Garrett did something to him that would have landed Garrett in jail in any other workplace:

Rudolph's performance has to be viewed through the context of the chaos that surrounds him. But what insights can we really glean from the former Oklahoma State star's first half-season as a starting QB?