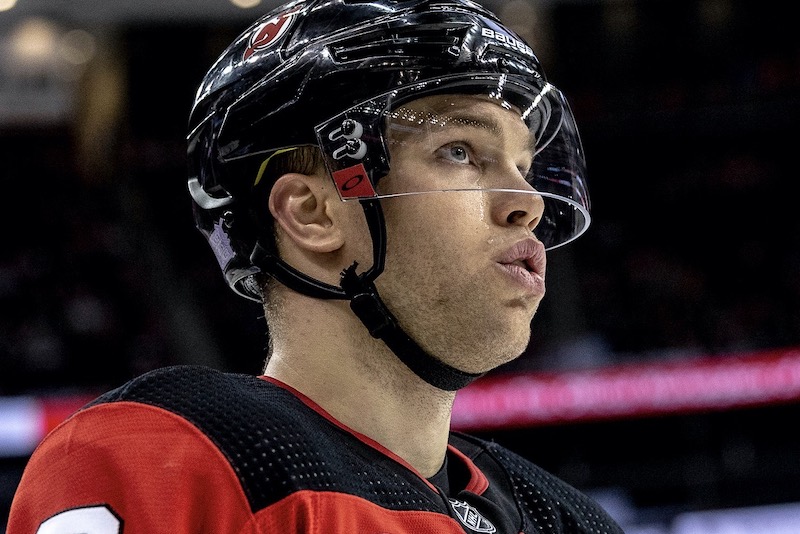 New Jersey is anchored at the bottom of the Metropolitan Division standings, and already is eight points out of the final Eastern Conference playoff berth.

Which suggests the Devils really could use a game against the Penguins, who they torment with regularity. And especially one at PPG Paints Arena where, coincidentally enough, the teams will meet tonight at 7:08.

New Jersey is 9-6-2 in its past 17 games against the Penguins, and 5-1-2 in its past eight here. That includes victories -- three of them in regulation -- in each of the Devils' past four visits.

Although the Devils aren't a particularly good road team, they seem to elevate their game anytime they cross the city limits.

"Sometimes, match-ups work that way," Devils forward Blake Coleman said today. "Or maybe we just have our 'A' games on those nights, for whatever reason. But it's a division game and an opponent we certainly respect, and we know they're going to bring it. Our preparation is always strong for Pittsburgh. Fortunately, we've been on the right side of a lot of these games."

"We have a lot of respect for Pittsburgh and you have to be ready every time you play them to make sure you're mentally and physically prepared to play," he said. "Fortunately, we've found ways to win some games, but I don't think there's any secret to it."

• The Penguins, as usual this season, called off their game-day skate, while the Devils had an optional one.

• Tristan Jarry, who is expected to be in goal for the Penguins, has won five of his past six starts at home.

• Nine Penguins players have had a multiple-goal game this season. Evgeni Malkin and Sidney Crosby are not on the list.

• Six of the Penguins' past 11 games have gone to overtime.

• New Jersey sits 15th in the Eastern Conference standings, ahead of only Detroit, but has fared well at PPG Paints Arena in recent seasons, going 5-2-1 in its past eight visits.

• The Devils have lost 28 man-games to injury this season. The Penguins' total currently stands at 82.

• The Penguins will be completing their fifth set of games on consecutive nights, while the Devils will be starting their sixth. New Jersey faces the Red Wings Saturday.