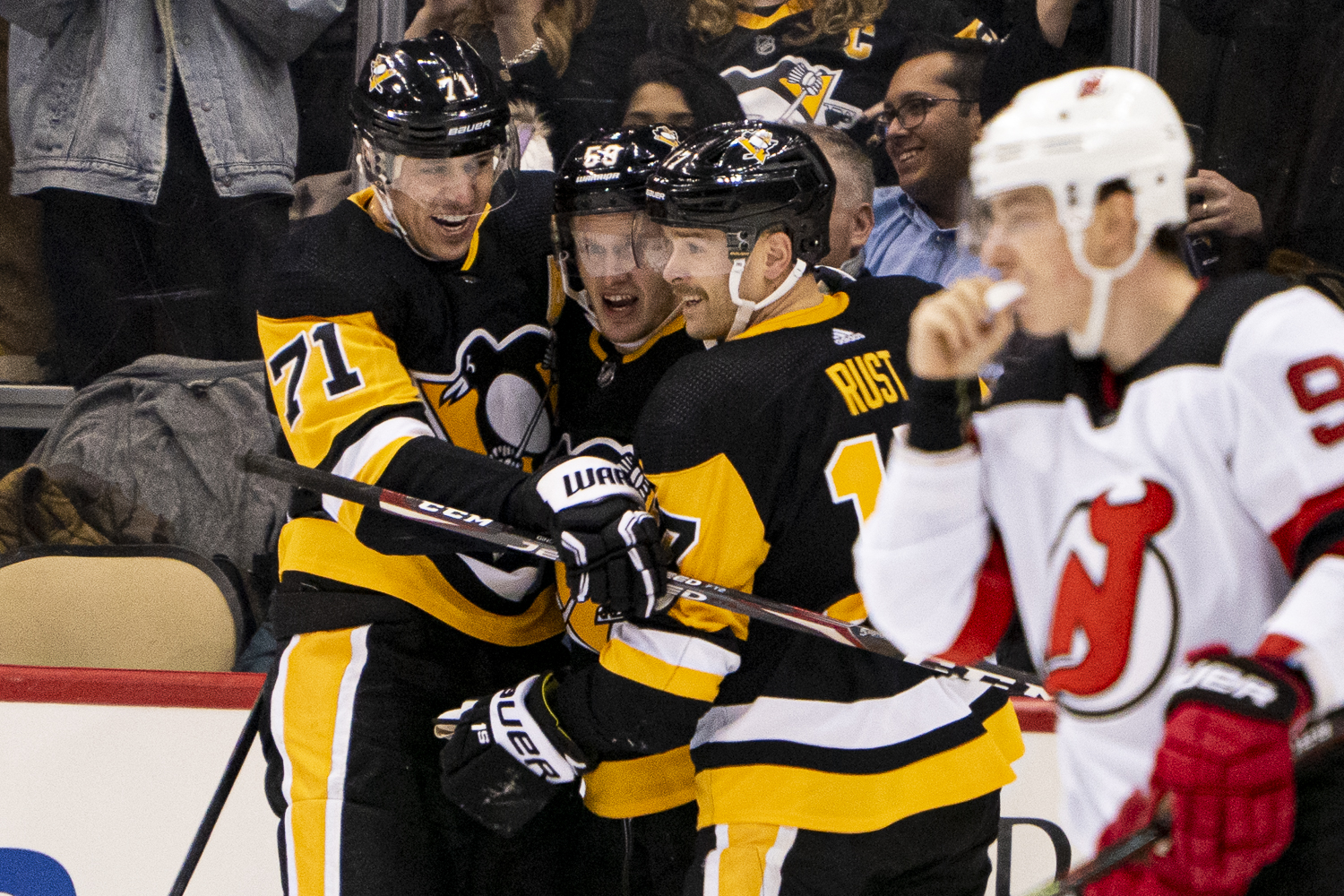 We need to talk about how good the Penguins' top line of Jake Guentzel, Evgeni Malkin, and Bryan Rust was on Friday night in the Penguins' 4-1 win over the Devils.

Before we break out the film, let's just look at the numbers, because they're outstanding.

At five-on-five, the top line was far and away the most successful at getting off shot attempts and preventing the Devils' attempts. The top line was on the ice for 12:52 of five-on-five time. In that time, the Penguins attempted 17 shots to the Devils' nine, for a Corsi For percentage of 65.38. The next best in that regard was the fourth line, at 52.94 percent. That's a significant difference. In total, the Penguins' Corsi For percentage was 14.66 higher with the top line on the ice compared to any other five-on-five situation when they were not on the ice.