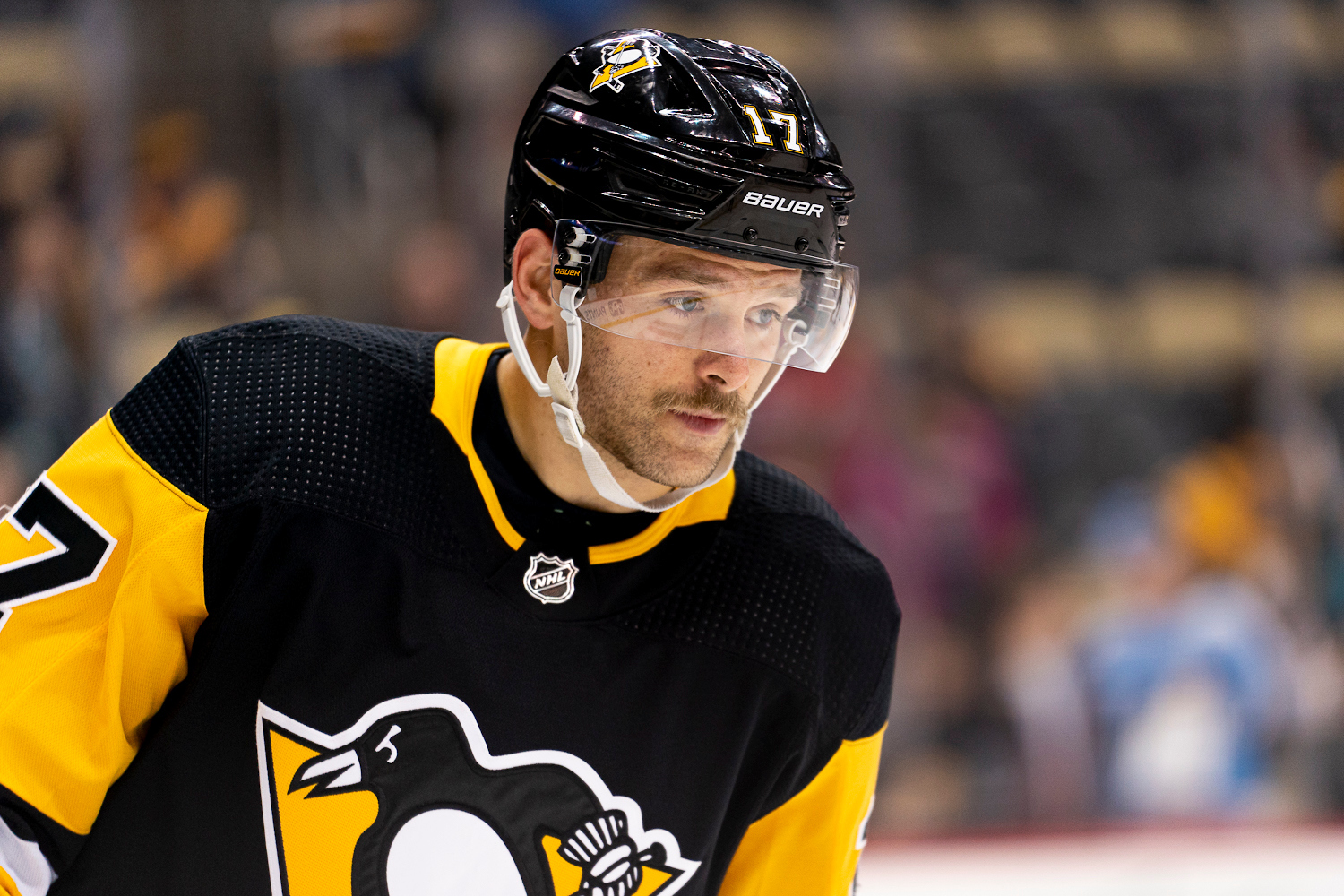 COLUMBUS, Ohio -- Bryan Rust missed the Penguins' 5-2 loss to the Blue Jackets on Friday night with a lower-body injury.

Mike Sullivan didn't provide any specifics on Rust's status after the game other than confirming that he has a lower-body injury.

The Blue Jackets' rinkside reporter, Dave Maetzold, reported during the game that he saw Rust wearing a boot on his left foot and using crutches. Rust wasn't using any aids before the game, but he was shown on that same broadcast walking into the arena with a significant limp:

As reported here earlier in the day, Rust briefly went down the tunnel in the morning skate after falling awkwardly into the boards, but was only off the ice for about two minutes. He returned and was a full participant, including working on the top power-play unit. Sullivan said Rust was "fine" after the skate, so Rust presumably started feeling off in the hours after the skate.

The Penguins announced at 3:30 p.m. that forward Joseph Blandisi was recalled from Wilkes-Barre/Scranton of the AHL. Sullivan wouldn't say after the game whether Blandisi had made it to the building in time before the game, but Wilkes-Barre was in Allentown, Pa., on Friday to play the Lehigh Valley Phantoms, about a seven-hour drive from Columbus. Blandisi most likely didn't make it to Columbus in time and, so, Juuso Riikola slotted in at forward.

"We had enough people that we had options with what we had," Sullivan said. "Obviously when Rusty went down at the morning skate, we knew we had back-to-back games, we thought it made sense to call up a forward in the event that something unforeseen could potentially happen."