CRANBERRY, Pa. -- Hockey Canada released its roster for its World Junior Championship selection camp on Monday. Penguins defense prospect Calen Addison is among the players invited, but 2019 first-round pick Samuel Poulin is not.

Addison was pretty much a lock to be invited this year after attending selection camp last year and nearly making the team. He's in his final year of eligibility, and Canada tends to go with a lot of the more experienced U20 players.

Poulin's absence from the camp is a little surprising. He's only 18 and Canada is deep at wing, but with the season he's having he could have at least gotten an invite to the camp. Sherbrooke Phoenix head coach Stephane Julien said on Sunday that he thought Poulin's chances of making the junior team were 50-50, and that he's earned a spot at the selection camp at least.

“I think he deserves his place and, physically, he’s a guy who could play a big role,” Julien said of Poulin. “Since the beginning of the year, he has shown that he has at least a place in training camp.”

Poulin is currently dealing with an upper-body injury, but he's expected to be back in Sherbrooke's lineup before the selection camp begins.

Here's a look at Canada's full roster for the camp in graphics from TSN: 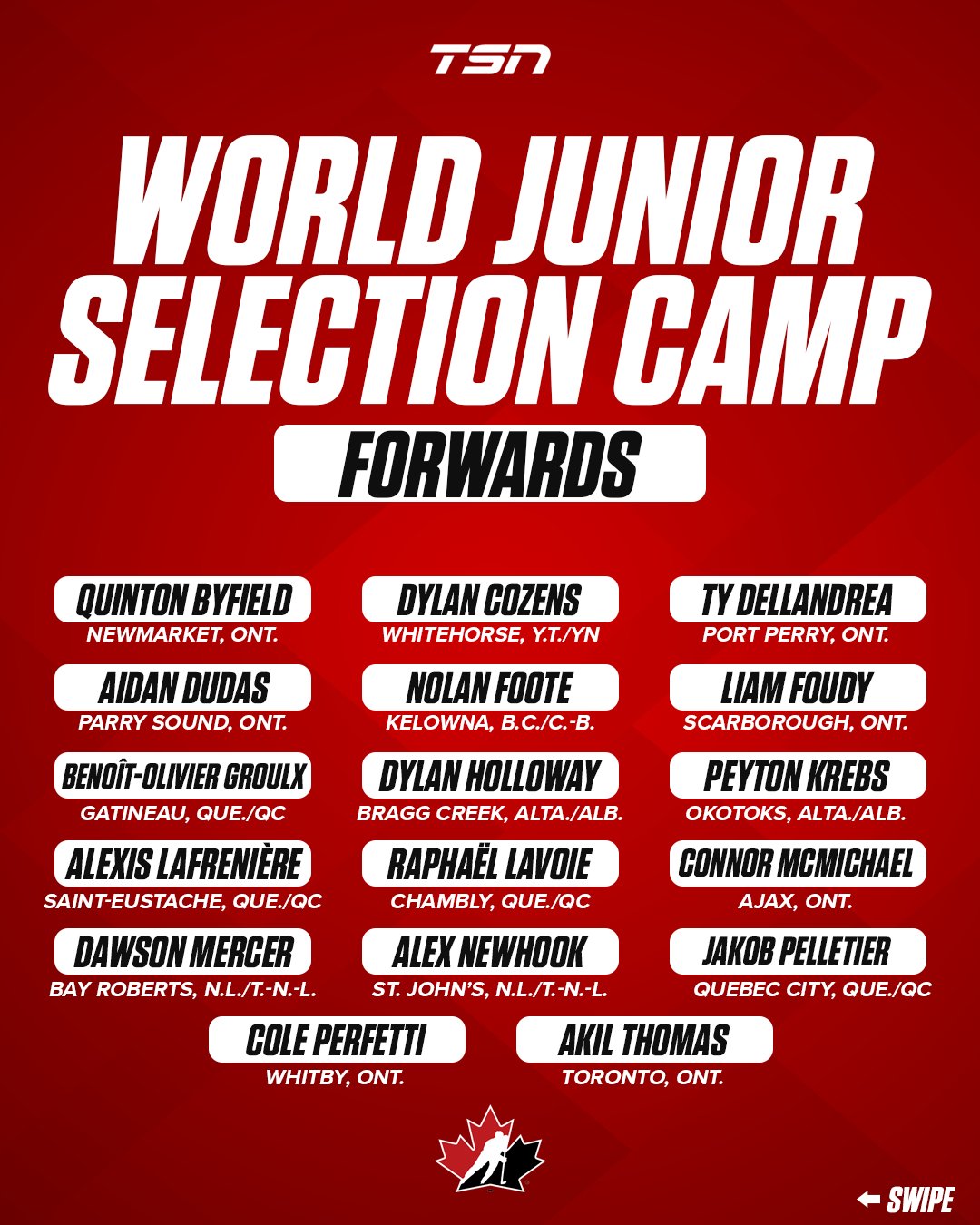 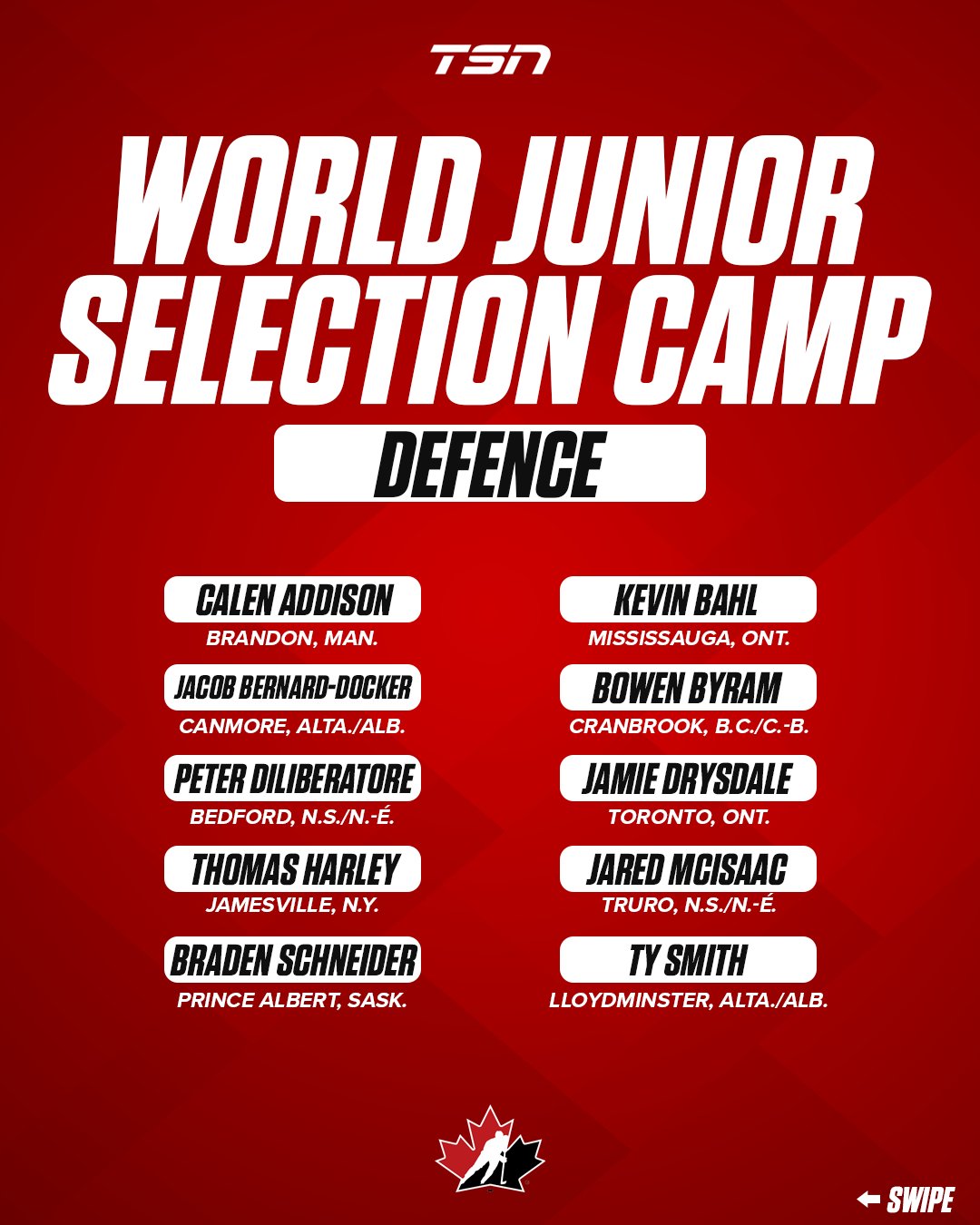 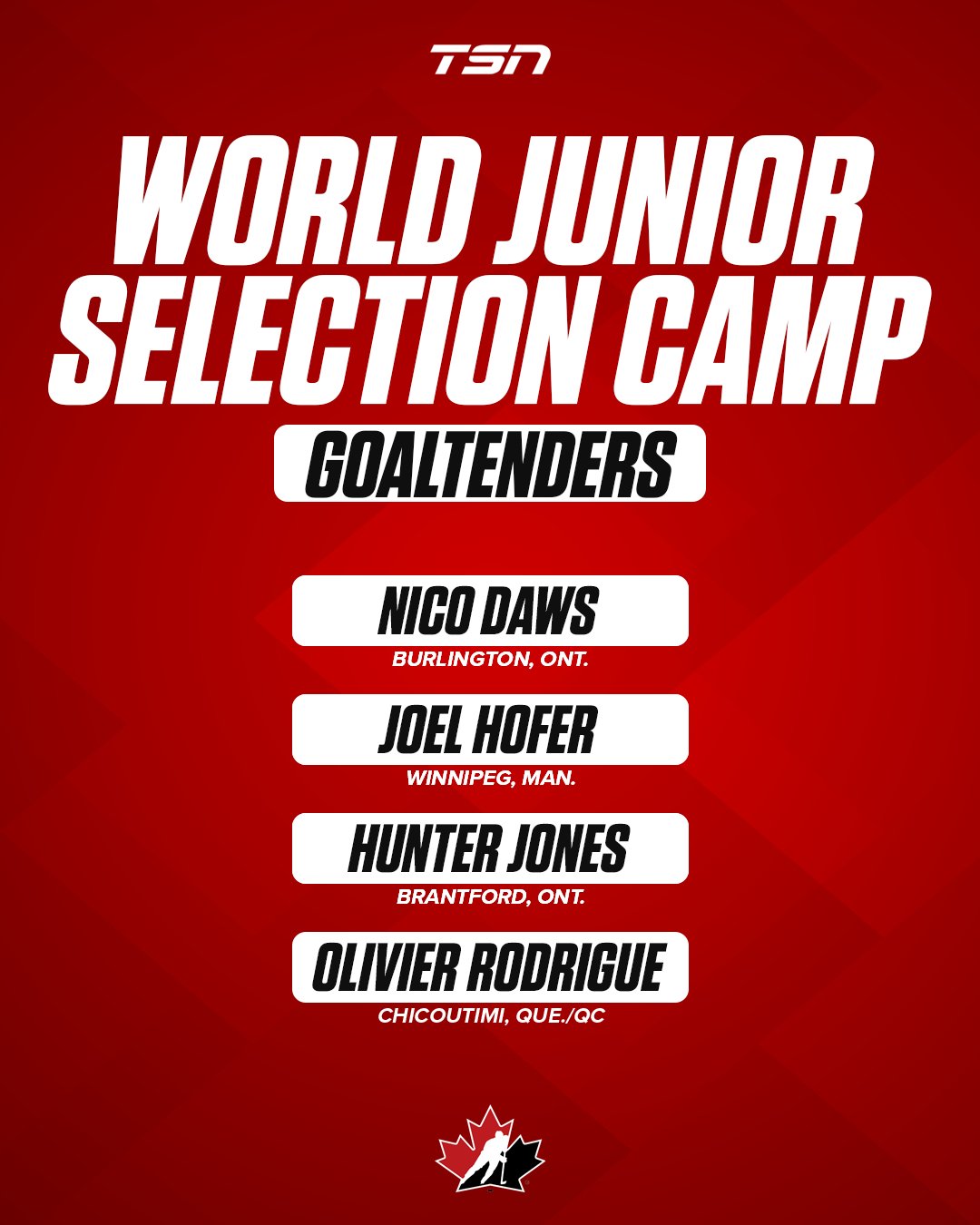 Canada's selection camp will be held from Dec. 9 to 12 in Oakville, Ontario. The World Junior Championship will take place from Dec. 26 to Jan. 5 in the Czech Republic.