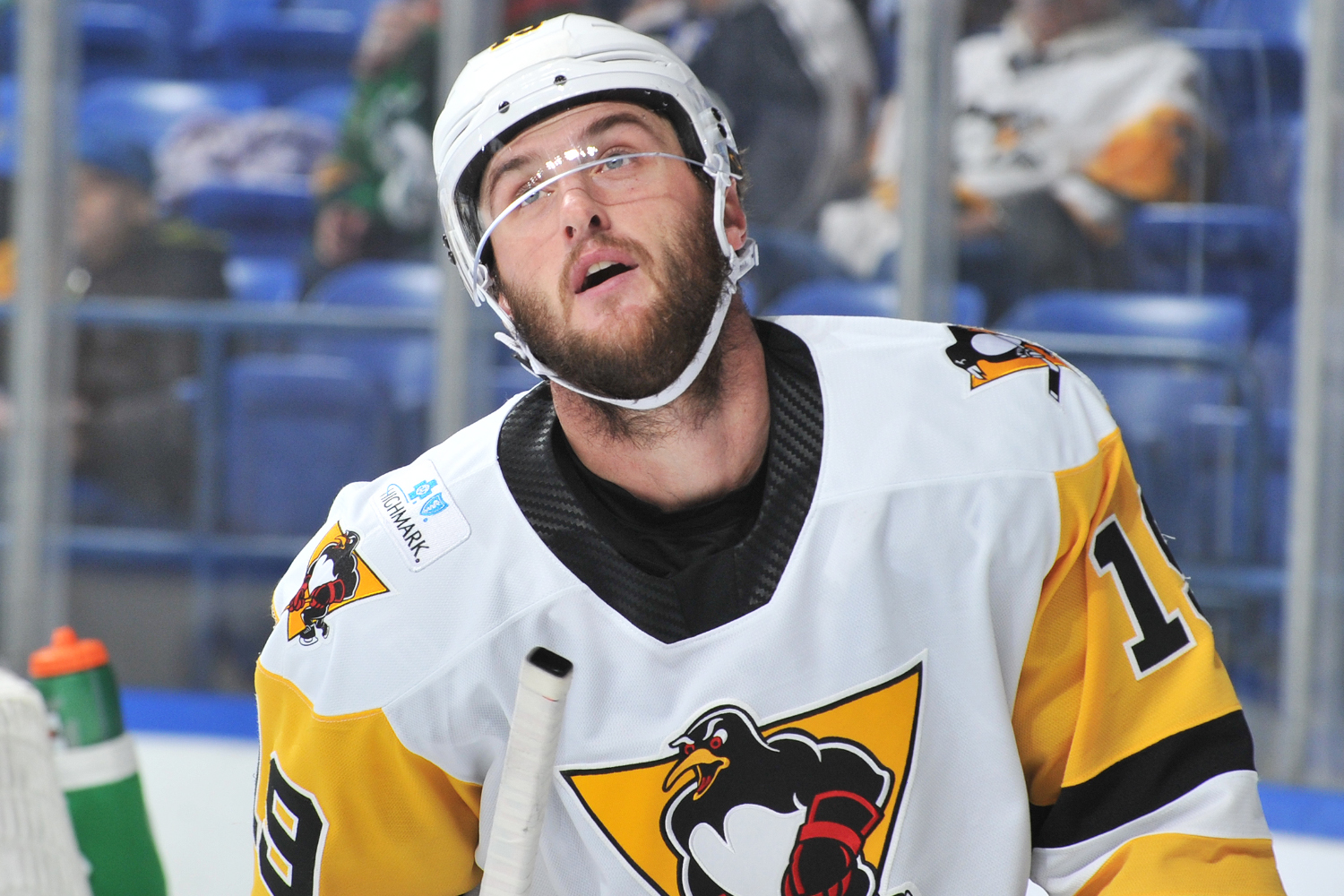 CRANBERRY, Pa. -- The Penguins have signed forward Stefan Noesen to a one-year deal for the rest of the 2019-20 season, Jim Rutherford announced on Monday.

The contract is a two-way deal worth the league-minimum $700,000 at the NHL level. He'd require waivers if he were to be re-assigned to Wilkes-Barre/Scranton at any point during the season.

"We were talking about it for the past few weeks," Noesen told me of the contract on Monday. "I think with things transpiring the way they have recently with injuries, they were forced to do something a little sooner than they probably wanted to. But it worked out good for me."

On Saturday, Noesen got a call from management to let him know that "the wheels were turning a little faster" on potentially signing him to an NHL contract. The Penguins called Noesen on Sunday to bring him in for a physical, and he got in to Pittsburgh late Sunday night. The deal was signed Monday morning, and he'll join the team for practice for the first time on Tuesday.

Signing Noesen is probably the biggest no-brainer move of the season so far. Noesen, 26, is Wilkes-Barre's leading scorer in goals (14) and points (22) in his 22 games with Wilkes-Barre. He ranks No. 2 overall in goals in the AHL and No. 9 overall in points.

These two goals came this week in Lehigh Valley:

Before signing with Wilkes-Barre this summer, Noesen played a total of 154 NHL games with the Ducks and Devils, during which he amassed 24 goals and 21 assists. He only played 41 games with the Devils last season, limited by a knee injury, and the Devils did not renew his contract. He attended the Stars' training camp on a tryout contract but was released on Sept. 22. Shortly after, he was in Wilkes-Barre on an AHL contract.

With Noesen's prior NHL experience, he knows what to expect.

"It's funny," he said. "Playing in the minors is a little different than playing in the NHL. I'll definitely have first-game jitters whenever I do play. You try to play the game the best you can, play to your strengths. The game in the minors is a little slower than it is up here, so you have more time to make decisions. Here, you have to think two or three steps ahead just to make sure you're keeping up with the play. It'll be a pretty smooth adjustment, just knowing that I've done it before."

In watching Noesen over the past two months, it's been very evident that he's been ready to take this next step: He's one of the league's top scorers, is so good on the power play, and plays a good, physical two-way game.

"Honestly, I've always been a firm believer in staying day-by-day," he said. "I've lived my life like that for the past five or six years. When you have that kind of mentality it's easy to get up and focus that day on what you have to do to be successful. That's in life, it doesn't matter what it is. Things usually take care of themselves whenever you do things the right way. That's what I've been focusing on doing."

The person who can receive a lot of the credit for bringing Noesen into the organization is new Wilkes-Barre head coach and Pittsburgh assistant general manager Mike Vellucci. Noesen played for Vellucci for four years in juniors in Plymouth, and Vellucci reached out the day Noesen got released from Stars camp. Two weeks later, Noesen was in Wilkes-Barre.

“He did his part on his end and sold me to management, and then I was there ... He believes in my game, he believes in what makes me successful. That was one of the big things he preached, 'I'm going to get you back to where you were.' It was hard not to turn that away,” Noesen told me in October.

Now that Noesen is one step closer to being back to where he was, he's grateful for the opportunity given to him by Vellucci.

"He's probably 75 percent of the reason for me getting back to doing this and getting another chance at doing it," Noesen said of Vellucci. "He's been great, he's been really good for me. He's been giving me every chance I can to get back. He's a lot more like a friend and a mentor than a coach to me. I've known him for so long."

Here's a full feature on Noesen from earlier in the season.

In a corresponding move, the Penguins put forward Joseph Blandisi on waivers Monday.