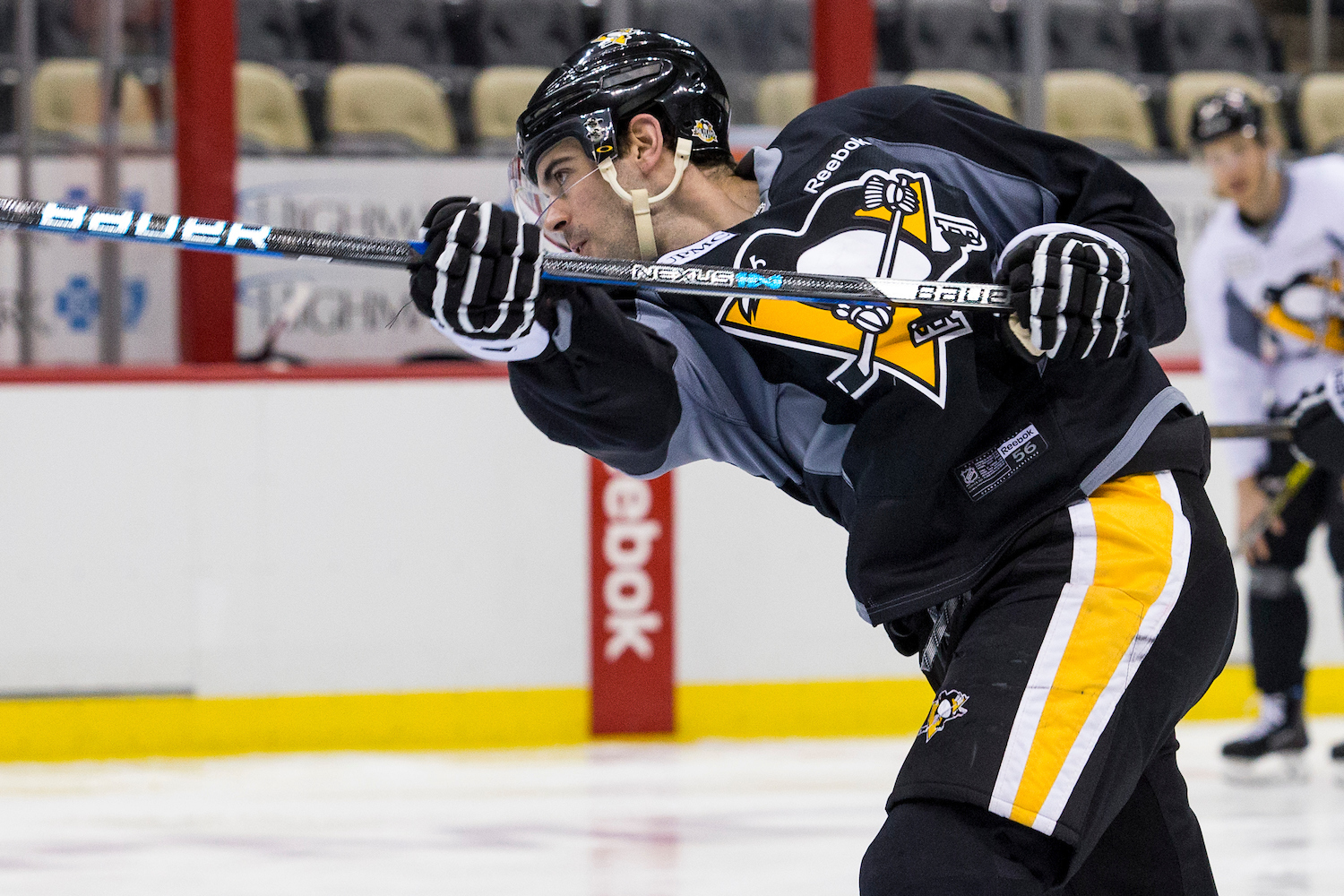 There was some good news to come out of the Penguins' practice at PPG Paints Arena on Thursday afternoon.

Bryan Rust and Justin Schultz, who had both been skating on their own for several days as they rehab from lower-body injuries, rejoined the Penguins for practice and were full participants. Both will be game-time decisions on Friday against the Coyotes, Mike Sullivan confirmed.

Kris Letang and Jack Johnson were absent from practice, but the updates on both players were good news. Letang's absence was a maintenance day, and Johnson is just recovering from an illness. Sullivan said Johnson feels "much better," but he hasn't had much food in him over the last 24 hours so they thought it was best for him to continue to recover at home.

With the additions and subtractions to the group of players practicing, the lines and pairings had a different look:

Rust and Schultz skated on the top power play unit alongside Evgeni Malkin, Jake Guentzel, and Stefan Noesen, a good sign that they could be in the lineup against the Coyotes.

Schultz, who has missed the last seven games, said he feels fine conditioning-wise, and it's a matter now of how he feels overnight.

"I'm feeling better today," said Rust. "It's obviously fun to be back out there with the team and get things going a little bit. Anytime you get injured you're not too happy, but thankfully this has been a rather quick recovery."

Rust called his injury "bad luck," and said he just lost an edge in the Penguins' morning skate in Columbus. At the time, he returned to the skate after about two minutes and Sullivan said Rust was "fine" afterward. Rust said on Thursday that "things just got worse over the course of the day."

Rust said the plan is to just "keep it simple" for his first few shifts as he gets comfortable again.

Sullivan thought both looked good in their returns to practice

"I thought they had good practices," Sullivan said. "They participated in full-contact, not that it was a high-intensity practice."

• Dan Potash will return to game action on Friday after undergoing surgery for an upper-body injury earlier this week. He was in a no-contact cast today.

• I asked Dominik Simon if his missed opportunities in Wednesday's games were frustrating at all on a personal level.