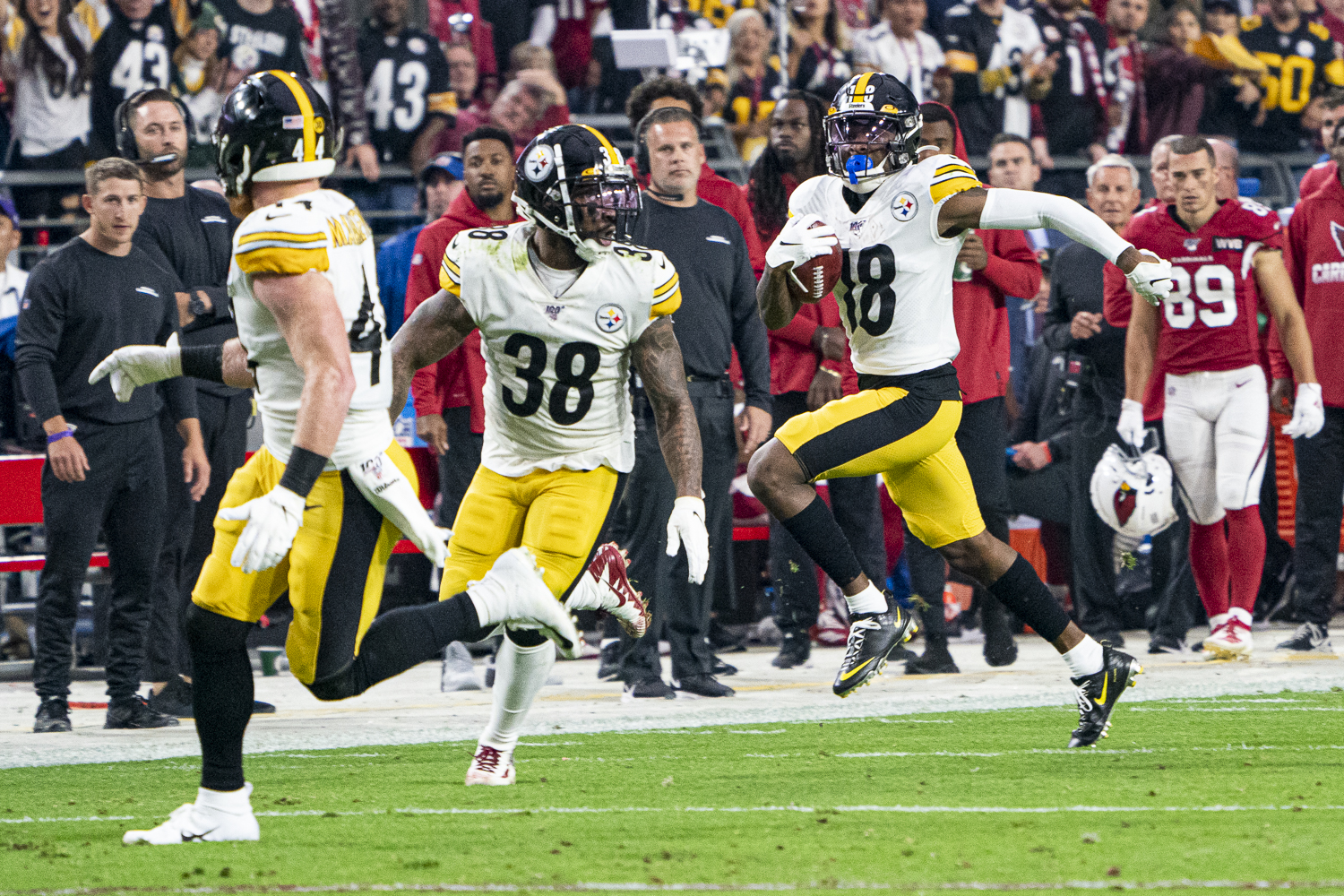 And typically, when Haden has a feeling about something, it usually works out well for the Steelers.

In this case, Haden had a feeling rookie receiver Diontae Johnson was going to bounce back from a tough outing last week in a win at Heinz Field over the Browns.

"He’s a pro, and we believe in him. He keeps coming out and practicing hard. He tries to get better each and every week," Haden said. "That’s something he’s been able to do. He definitely snapped back. I expected this kind of game."

"This kind of game," as Haden called it, was easily the best of the third-round pick's rookie season. Johnson caught six passes for 60 yards and a touchdown, had a 16-yard run and returned a punt 85 yards for a touchdown as the Steelers won for the seventh time in their past eight games, beating the Cardinals here at State Farm Stadium, 23-17, before a rabid crowd of 63,880, most of whom were wearing black and gold.

"It was really just another blow for team," Mike Tomlin proclaimed as his team improved its record to 8-5 and stayed firmly in control of their playoff hopes. "It was a collaborative effort. It took plays in all three phases. Obviously, it was far from perfect. We had mistakes in all three phases, but that's life, particularly in this game at this level."

It might have been a collaboration, but it was Johnson who had a hand in two of those phases.