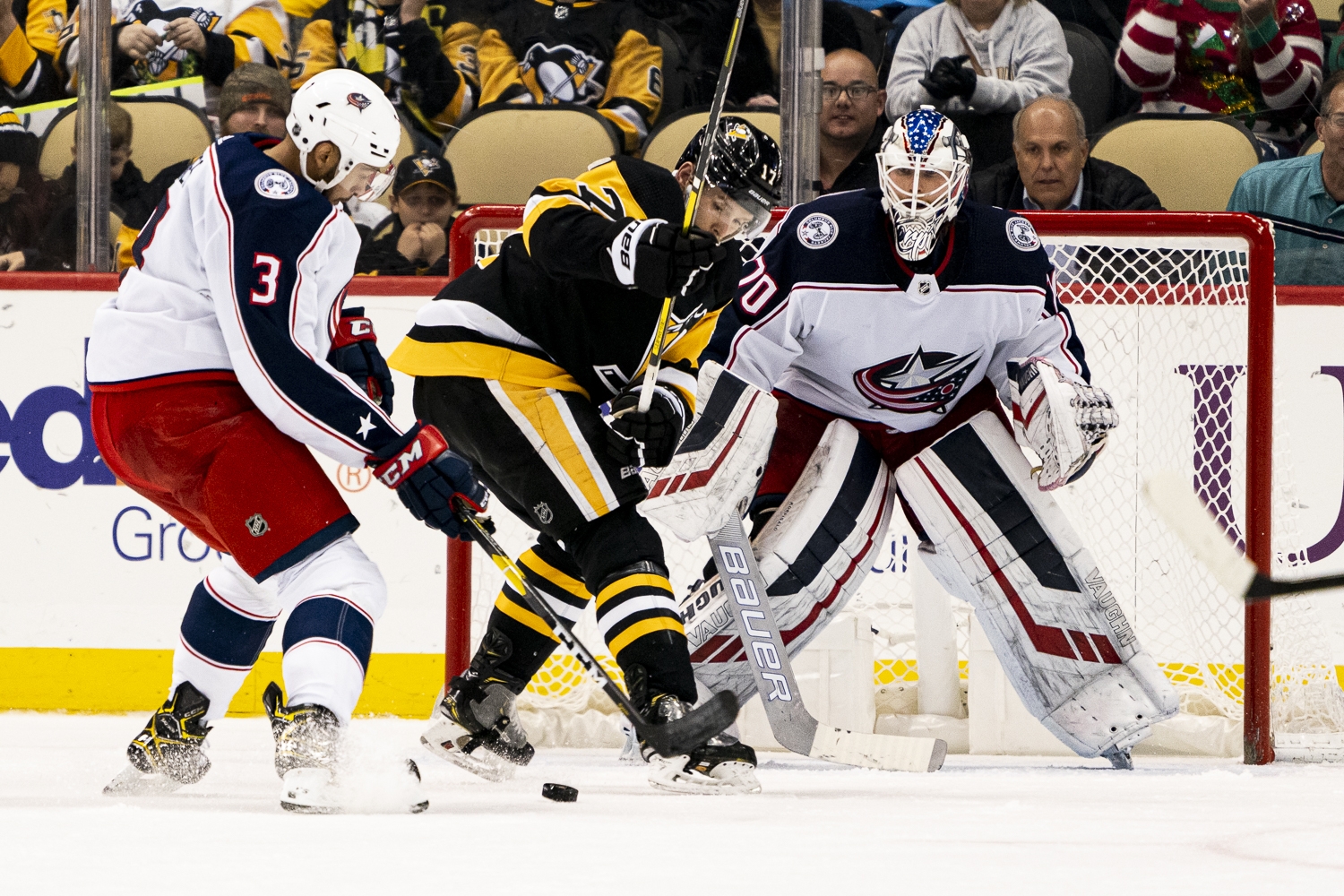 The Penguins summoned Joseph Blandisi from their farm team in Wilkes-Barre Thursday, and it was a perfectly logical move.

With Evgeni Malkin ailing and unavailable, they wanted a capable forward who could be plugged into their lineup on short notice.

But 32 games into this season, it's clear that the Penguins need a more dramatic personnel move than simply bringing in a marginal NHLer from the minors, or trading for a spare part from some other club.

Forget a goal-scoring winger, or a physical defenseman.

It's time for Jim Rutherford to acquire the rights to a faith healer.

Because the team he has constructed certainly appears to be cursed.

As cursed as a club that's 18-10-4 after its 1-0 overtime victory against the Blue Jackets Thursday night at PPG Paints Arena can be, anyway.

"I don't know if (Fate) hates us," Bryan Rust said. "But it's definitely testing us. And we've done a pretty good job of rising to the occasion. It's just one of those things where you just have to shake your head, laugh it off and keep going with who you've got."

That's a fair point and on one level, perhaps it isn't a shock that the Penguins took two points out of this game, since Columbus is now 0-5-4 in its past nine visits.

But on another -- the one where logic resides -- it makes no sense whatsoever, because the Penguins dressed a 20-man squad that looked as if someone had randomly cut-and-pasted chunks of their depth chart into personnel groupings.

There's nothing terribly new about that, of course. For most of this season, Mike Sullivan's lineup has been like a Jenga tower, with one significant piece after another being removed.

Fate apparently tired of waiting for the whole thing to collapse, though, so doused it with gasoline then hit it with a blowtorch by rendering Malkin too ill to play against the Blue Jackets.

His absence meant the Penguins had  $31.7 million of salary-cap space in street clothes because of injury and illness, with all but Brian Dumoulin's $4.1 million represented by four forwards: Malkin ($9.5 million), Sidney Crosby ($8.7 million), Patric Hornqvist ($5.3 million) and Nick Bjugstad ($4.1 million).

The Penguins' total of man-games lost because of injuries and illness this season swelled to 124, of which only 122 or so have been to key contributors.

"Injuries hit a lot of teams," Sullivan said. "We're no different. They've hit us pretty hard here early in the season, but in a lot of ways, it helps us to find out about ourselves."

Sullivan and his staff have to like most of what they've learned about their team, but they also have to be quietly wondering if it's only a matter of hours before the Penguins are faced with a plague of frogs or locusts, or some other Biblical-style menace.

If that happens -- and, considering what's gone on for the past two-plus months, let's not rule anything out -- the Penguins can only hope to respond the way they have to all the medical adversities they've confronted so far this season.