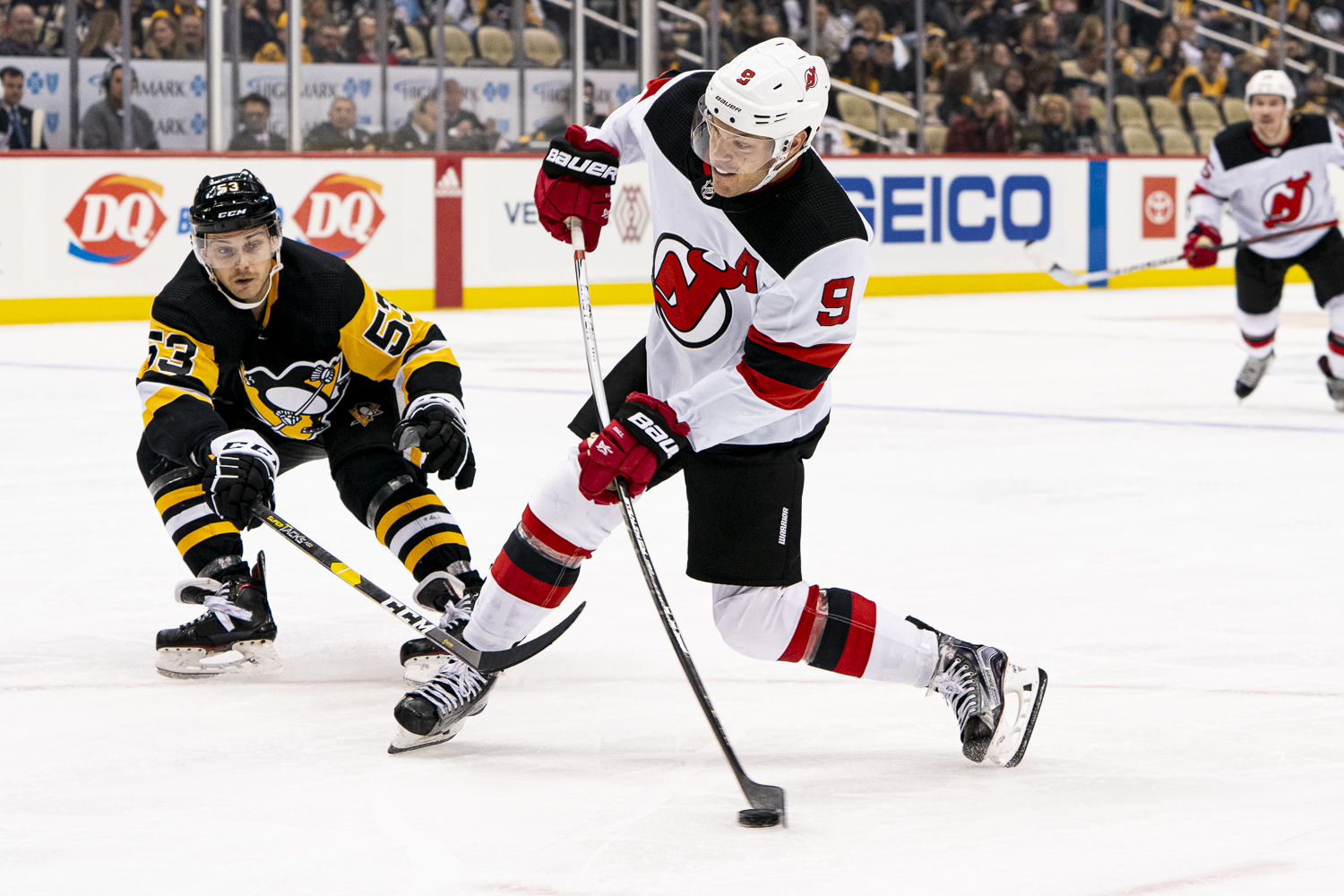 [theme-my-login show_title=0]
Taylor Hall in his final game against the Penguins as a Devil. -- MATT SUNDAY / DKPS
Share
Tweet
Email

The Devils ended the Taylor Hall saga on Monday, trading the former Hart Trophy winner to the Coyotes.

The Devils are retaining 50 percent of Hall's salary (equal to $3 million) this season.

The conditional third round pick going to the Devils becomes a second-round pick if Hall re-signs with the Coyotes, or if the Coyotes win a round in the playoffs. If both scenarios happen, then that pick becomes a 2021 first-round pick.

It's a pretty decent return for Hall, who will be an unrestricted free agent this summer and was unlikely to agree to a contract extension during the season. Rather than risk losing Hall for nothing in the offseason, they stocked up for the future.

The Devils didn't get back another team's top prospect, but Hall could potentially just be a rental for the Coyotes. They didn't get back an NHL player who could help the team now either, but the Devils aren't close to being a contender yet. They could potentially receive two first-round picks out of the deal, to join the growing young core that includes former first-round picks Nico Hischier and Jack Hughes. The defense prospect received by the Devils, 19-year-old Bahl, is in his final year of OHL hockey and will play for Canada in the World Junior Championship this winter.

Hall, 28, recorded six goals and 19 assists in 30 games with the Devils this season, a team that ranks next-to-last in the Eastern Conference. He joins a Coyotes team that already ranks No. 1 in the Pacific Division.

"It's a rare opportunity, potentially once in a lifetime, where you get a chance to acquire a player of this caliber, with his background, that again we think fits directly a need that we have if we want to be a contending team," Coyotes general manager John Chayka said. "He's got great character, he's a good person, and he's an elite player in the league. So to check all those boxes was something we felt we couldn't miss out on if the price is right, and we felt like it was."