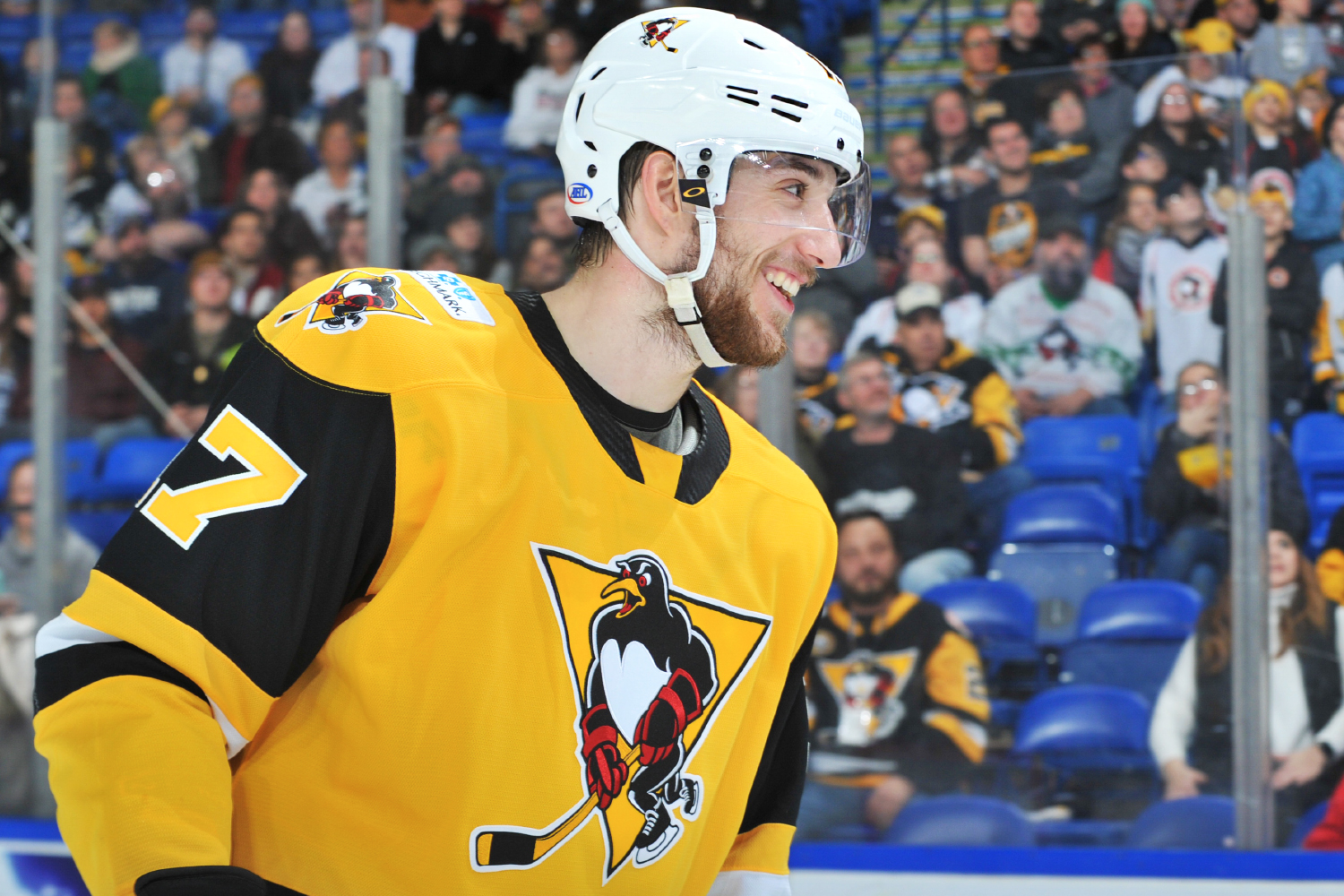 Wilkes-Barre/Scranton has lost some key forwards to call up or injury at different points throughout the season, requiring everyone else to step up and contribute in their absence.

Anthony Angello saw an elevated role this weekend, stepping into the first-line right wing spot previously occupied by Stefan Noesen and Joseph Blandisi, and he delivered.

The Penguins entered Saturday's game in Cleveland on a five-game losing streak, a skid that didn't see much life from the offense. Angello, now a second-year pro, gave the Penguins an early spark with the lone first-period goal, his seventh goal of the season:

"I saw an opportunity to come in with speed, and I was able to beat the defender wide and get a shot on net," Angello told me of his goal this week. "It happened to on over the goalie's pad."