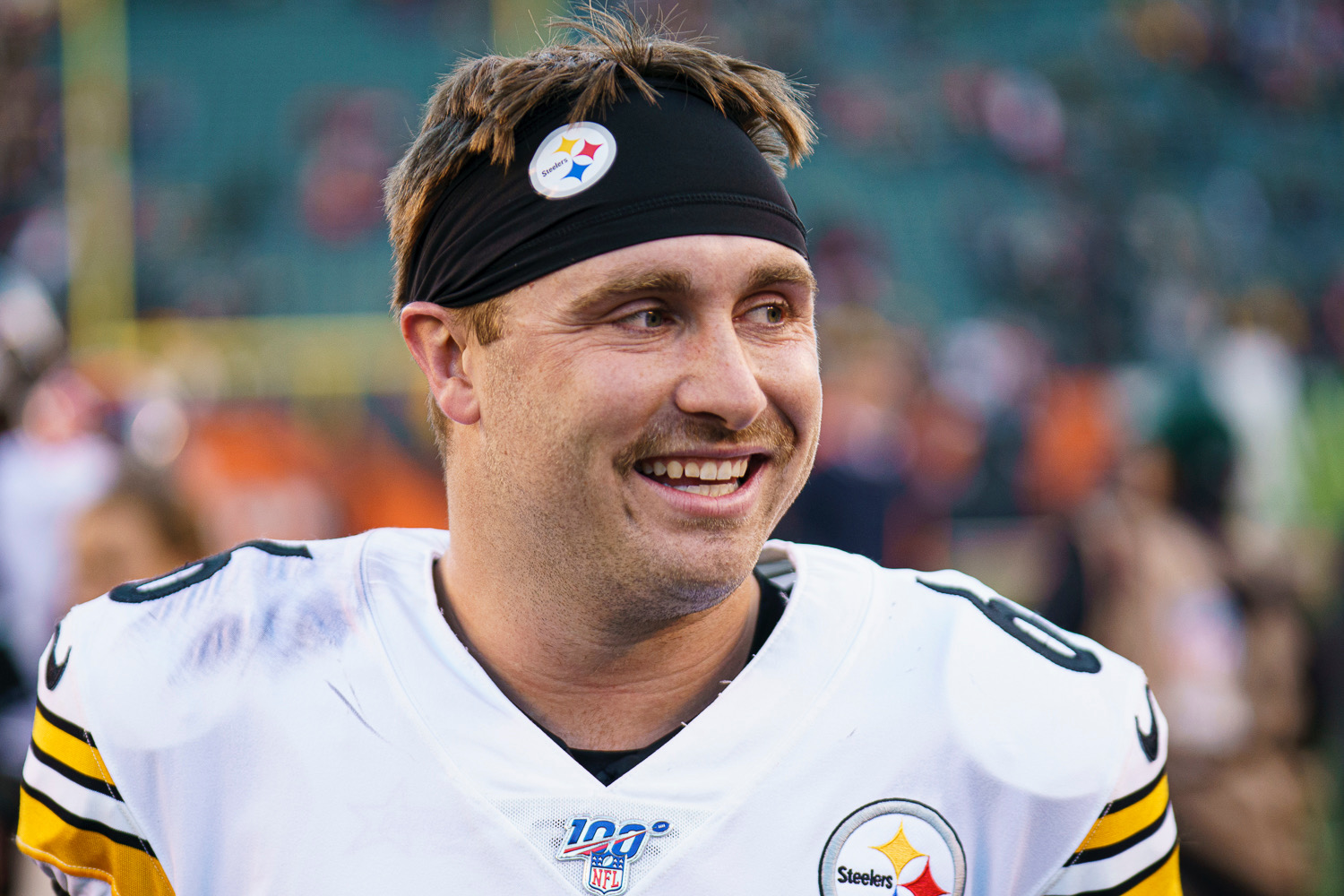 Devlin 'Duck' Hodges won't wallow in the shame of his first loss as an NFL starter — not for long at least.

"For 24 hours, it's kind of a tough pill to swallow," Hodges was saying of his four-interception performance against the Bills. "But it's over with, and now I'm just focused on this week and doing whatever it takes for the team to go out and win this week."

For the first time, he looked like an undrafted rookie out of Samford. But to see Hodges standing here at his locker Wednesday at the Rooney Complex, you'd never know. Maybe he threw four picks in his last game. Maybe he threw none. Hodges addressed his latest disaster in full — and he did so with forward-thinking confidence.

"Coach Tomlin told us, 'Hey, we're not going to blink. We're going to keep going. Just learn it and play your game,'" Hodges said. "I'm not going to change who I am. I had a bad game. I know I had a bad game, but, hey, I can get better from it. Bad games do happen. I'm looking forward to coming out there and showing that we've gotten better and that we're going to have more fun and play football and hopefully get a win."

Beating the 5-9 Jets on the road could prove vital for these Steelers' playoff chances. At 8-6, they're still locked into the No. 6 seed for now, but the Titans (8-6), Browns (6-8) and Raiders (6-8) are all still mathematically alive. The Titans do face the 11-3 Saints this week then travel to Houston to close out the year against the AFC-South-leading Texans (9-5), but the fact remains: The Steelers win, and they maintain control.

Of course, Hodges isn't too concerned about all that, either. On his schedule, there's a 1 o'clock game Sunday, Dec. 22, against the Jets. And that's it.

"We know that we gotta win these next two games," Hodges acknowledged. "But, you know, we're not worried about the next game. We're just focused on this week. Really, we're just focused on practice today and [will focus] on practice tomorrow. We don't have to be ready today. We have to be ready Sunday by 1 o'clock, so just get better each and every moment we have on the field."

Hodges may get a boost in Week 16 from his No. 1 receiver, JuJu Smith-Schuster, too. After injuring his knee and sustaining a concussion in Week 11 against the Browns, Smith-Schuster missed four consecutive games, including the team's loss to the Bills. Wednesday, however, Smith-Schuster was a limited participant in practice, giving Hodges some hope to see No. 19 out there on Sunday.

"It's definitely nice to have him back," Hodges said. " ... When he's out there, it always makes me a little bit more comfortable. He's been in the system and he knows what he's doing, so it's just good to have him back.

"Any time JuJu's in the game, it just adds another weapon. It's like Coach Tomlin says: Any guy that wears a helmet, that has a hat on, we know that we gotta count on [those] guys. So I'm just glad to have him back. He looked good, moving around, and it's always fun when JuJu's on the field."

Last week saw the return of James Conner to the Steelers' offense after missing five of the team's last seven games, as well. Conner rushed for 42 yards on just eight carries against the Bills while chipping in four receptions for nine yards and the team's only touchdown.

But Hodges knows this week might be rough on the ground. The Jets boast the second-best rushing defense in the league, allowing just 88.8 yards on the ground per game. They rank 19th through the air, though, conceding 239.9 passing yards per game, a fact that should give Hodges some additional confidence on Sunday.

"The Jets, they got their game style," Hodges said of his upcoming opponent. "They got their plans that they do. And we feel like we expect the Jets to stick to how they play football. I think the Jets are like the No. 2 rush defense in the NFL, so it's going to be a good game. They're a good defense, a good team, and I'm just excited to get out there and play."

The elephant in the room, of course, stood just one locker stall to Hodges' left: Mason Rudolph. Rudolph was benched after a lackluster half against the Bengals in Week 12, Hodges came in, won the game and locked down the starting role since. After his mishap against the Bills, however, Hodges may find his leash a little snug as he trots onto the field against the Jets.

"We’ll proceed with Duck and give him a chance to respond," Mike Tomlin said of the quarterback position this week. "There needs to be growth and development from that.”

But yeah, you already know how Hodges feels about all this.

In the end, Hodges has this to lean on: He is an undrafted rookie out of Samford. He was cut after training camp and was never supposed to be here. He certainly wasn't supposed to be 3-1 as a starter in the NFL. Plus, he's had bad games before. None of this feels new to him, a fact reflected in the level of calm he exuded throughout his chat Wednesday.

So when was his last bad game exactly?

"For me, it was probably the Florida State game," Hodges said.

In that 2018 contest, Hodges' Samford squad gave Florida State a scare, eventually losing, 36-26, but putting up a fight in the process. Hodges threw an opening-drive 54-yard bomb for six and finished with 475 yards and two touchdowns.

"A lot of people might say that I had a good game, but I think I threw four picks that game, and I remember coming back next week and throwing for three or four touchdowns," Hodges continued. "Not saying that's what I'm going to do this week, but I've always been able to just put it in the past and move on, because like I say, they happen. I hate that they happen, but gotta let it go, get better and focus on the next week."

Indeed, Hodges threw for 300 yards, three touchdowns and a pick in his next game after Florida State, a 30-24 loss to Mercer. He posts a stat line like that Sunday, and fantasy football owners would be ecstatic.

Hodges, however, would still be disappointed.